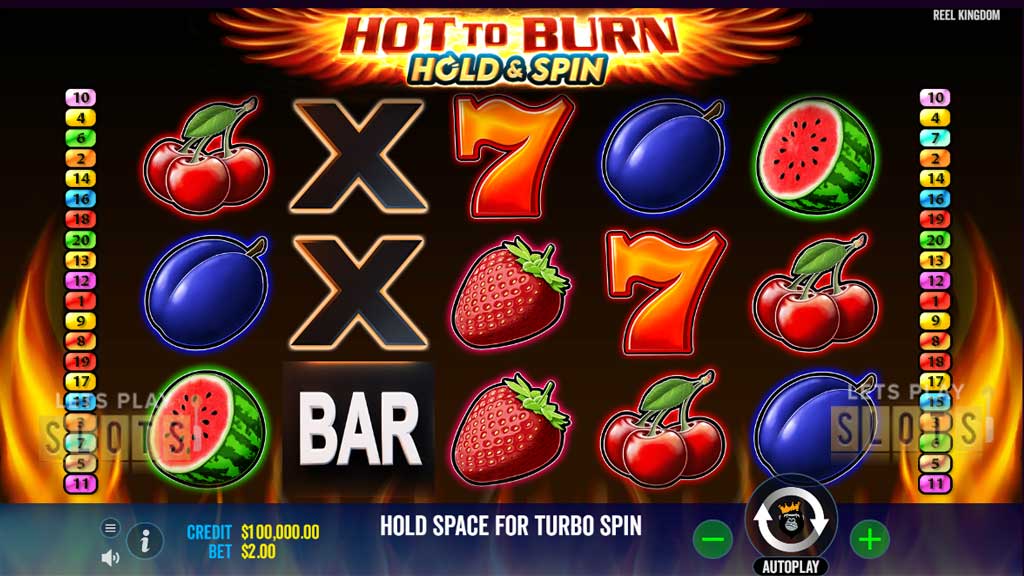 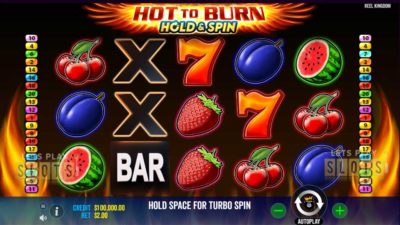 The most modern feature in this slot is the bigger grid. Instead of a three-by-three grid, there are five reels and three rows to play with. Twenty paylines are there to give players a good chance of winning.

Unlike the traditional slots that limited bets to a coin or two, this game takes it to another level. Players can wager from $0.20 and up to $240. That is a pretty high wager maximum and allows for big wins. The biggest payout a player can take is via the jackpot which pays out 20,000x.

The game’s symbols consist of the traditional fruit slot symbols which include watermelons, cherries, oranges, plums and more. The most rewarding of the bunch is the Lucky 7. There are also three special symbols to mix things up. There is the Burning Wild, the Star Scatter, and the Money Icons.

There are a couple of special actions that can be triggered in this game. There is the Burning Wild which acts as any other symbol and allows for some pretty big wins when matched right. Next, there are the basic free spins that players can get from the scatter icon.

The real star of the show is the Hold and Win bonus game. Players first need to land five or more money icons anywhere on the grid. Players then get to have four respins to lock in more money icons. The bonus game ends with either the grid is full of money icons or players run out of chances. If players do fill the entire grid, then they get to spin on the Bonus Wheel.

This can provide massive bonuses to players. The wheel has blank spaces and multipliers. The great thing is that players get to spin the bonus wheel as long as they don’t land on a blank position. If it does happen, players collect what they earned and go back to normal play.

Hurray! There is a competition going between users of our site!
You have to do nothing, but browse out site, and win a daily prize. Click here to read more.
You current ranking:
Time Left: 6h 7m 38s