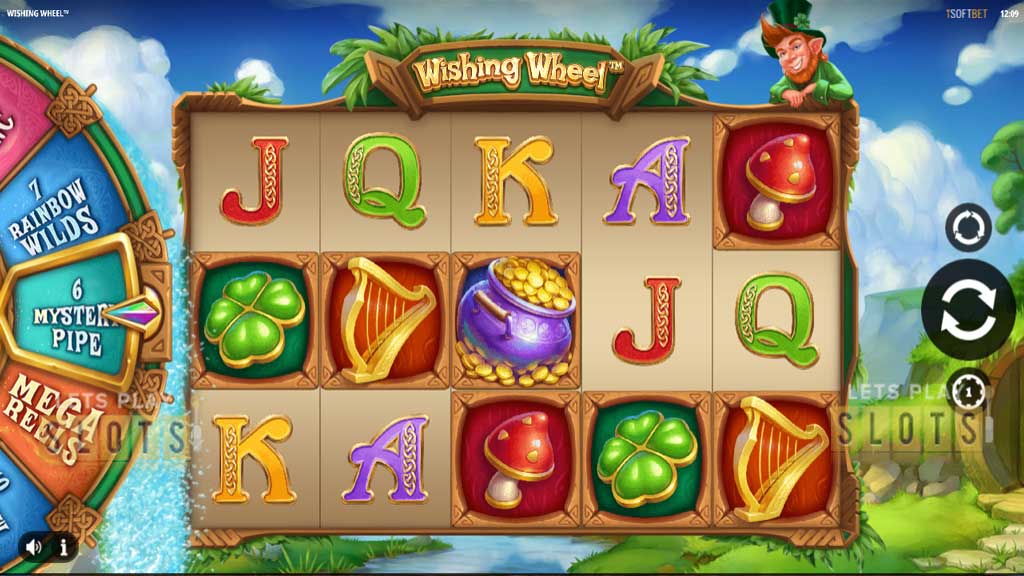 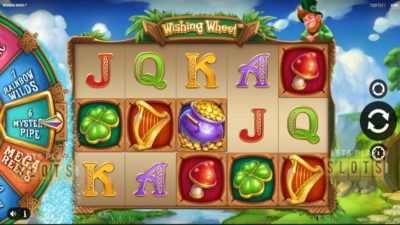 iSoftBet has decided to go with the luck of the Irish and use it as the theme for its latest offering “Wishing Wheel“. Players are taken to the green fields of Ireland with some lovely Irish tunes players in the background. There is even an animated leprechaun on top of the grid to give it that unmistakable Irish theme.

With the Irish theme coming across clearly, players are then presented with a five-by-three grid and 20 paylines to work with. The game’s symbols are a nice mix, too. There are the card royals for the low-value icons while the high value ones are the more thematic ones which include clovers, mushrooms and pots of gold. The wild symbol is the gold coin, which makes winning a lot easier.

The betting range can turn out to be a disappointment for most players. The minimum bet is a low $0.20 and the maximum is only $20 per spin, which will not appeal to the high rollers. This limits the potential win of players to just $500.

The game does make up for limited wins by the use of the titular Wishing Wheel. It is visible to all players at the side of the screen. The great thing about it is that there is no trigger to the wheel offering a bonus. It is completely random so players can trigger any of the special features. When it does trigger, the leprechaun will jump on the wheel and spin it. Players will then have the chance to get one of six special modifiers.

First, there is the Mystery Pipe Feature. Players will get mystery symbols on the reels that will transform into one specific symbol. Next, the Rainbow Wilds Feature can award players up to 10 wilds. Players can also get the Mega Reels Feature. This is where large 3×3 symbols will appear on the reels which can increase the chances of winning. Another potential feature is the Shamrock Sync Feature which syncs the reels in their spins. The Rainbow Reels feature stacks wilds on specific reels. Finally, the Ultra Reels Feature fills the entire grid with one symbol.

Players can also get multipliers and free spins if they are lucky. The Wishing Wheel has a good RTP of 96 percent. Go ahead and give this game a few spins when it shows up at your favorite online casino.

Hurray! There is a competition going between users of our site!
You have to do nothing, but browse out site, and win a daily prize. Click here to read more.
You current ranking:
Time Left: 19h 13m 48s