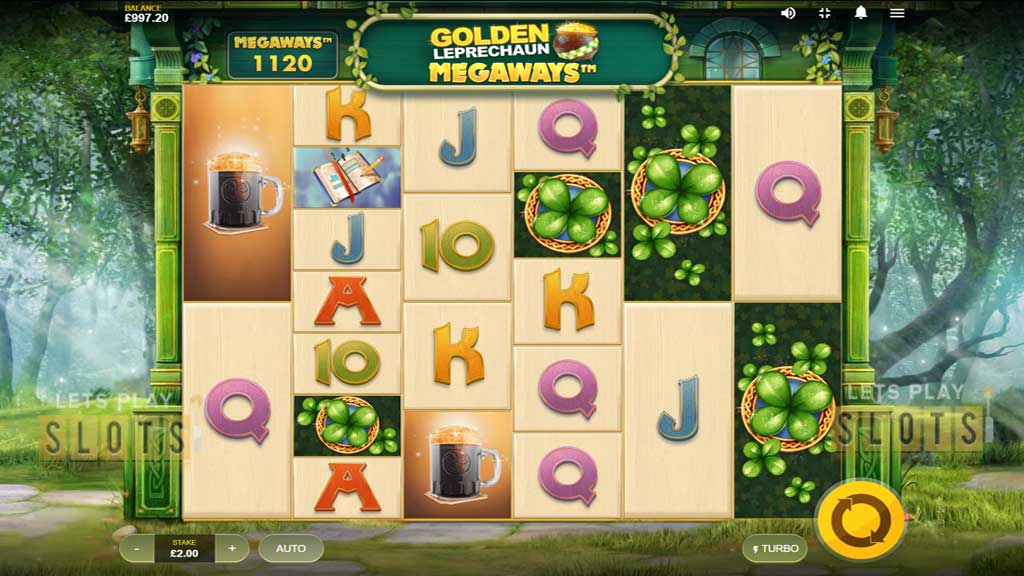 Get Some Irish Luck With “Golden Leprechaun MegaWays” 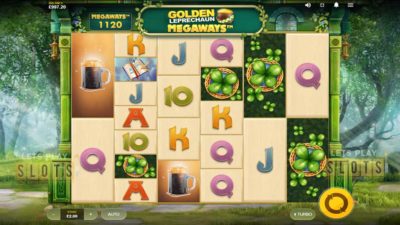 Leprechauns are an Irish myth that has become really popular over the years with games such as Barry the Disco Leprechaun or Charms and Clovers to name a few. The small green man is supposed to have treasures that will make men rich beyond their dreams. Red Tiger Gaming is bringing that myth to life with their “Golden Leprechaun MegaWays” game. Using the trademark Megaways engine, it offers players a great shot at walking away with a jackpot.

The Golden Leprechaun MegaWays looks pretty good. The graphics are really appealing and the game comes with a nice little soundtrack. Taking place in a forest clearing, players will have six reels to work with. Thanks to Big Time Gaming’s MegaWays engine, players can have up to seven symbols on each reel. The result is that the game offers 117,649 ways to win.

As always, the goal is to get winning combinations with the symbols available. There are two sets of symbols available. There are the A, K, Q, J and 10 royals which act as the low value symbols. The more valuable ones are pints of Guinness, notebooks, four-leaf clovers and winners’ ribbons. The ribbons are the most valuable, with six on a payline getting 50 times your initial stake.

Where Are The Leprechauns?

The real draw of playing this game is the special features. One of the more notable features is the leprechaun appearing suddenly during a spin and then offering players a choice from three mushrooms. Each mushroom will offer a bonus to the spin. Here are some samples.

There is the Lucky Ways feature which swaps symbols for a guaranteed win. Next, there is the Random Wilds feature where up to five wild symbols appear on the reels. Finally, there is the Wild Stacks feature. Four wild stacks will appear and provide a multiplier for a win on the next spin.

The game also has a Lucky Spins feature. There are Lucky Spins symbols on the reels and players who score at least three will get free spins as well as a bonus feature. During these free spins, players have a chance to get more of them if they score another set of Lucky Spin symbols. Additionally, every win will give the player a multiplier for future wins.

Overall, this game is a great example of the MegaWays engine which was also used by Blueprint Gaming for “Bar X Safecracker Megaways“. Players have a good chance at winning big prizes and can get up to 10,000 times their stake during their free spins. Players should give it a try when it appears at their favorite online casino.

Hurray! There is a competition going between users of our site!
You have to do nothing, but browse out site, and win a daily prize. Click here to read more.
You current ranking:
Time Left: 12h 16m 54s