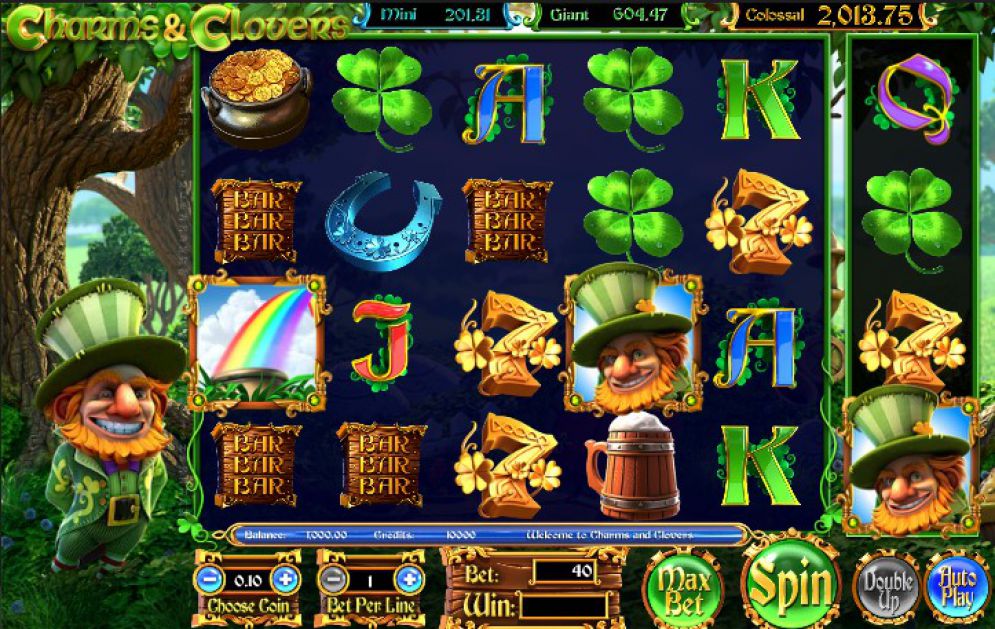 Chamrs and Clovers is an Irish-themed slot machine by Betsoft that features four different bonus games, and the Leprechaun can help you win one of three jackpots!

Best Casinos to Play Charms and Clovers for Real Money : 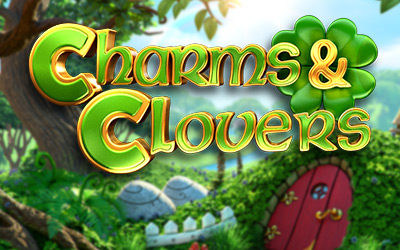 II have played Charms and Clovers slot machine a lot lately, so let me give you an honest review of this Betsoft title that was released relatively recently, in 2016. This is a modern slot game with some of the most advanced graphics seen in slots, and it’s a worthy representative of the Irish slot genre. In fact, at the time of its release it was probably among the best slots of that genre.

The game is played on a very large board. Not only that there’s a 5×4 board with 40 paylines, but there is also a sixth reel which provides access to four bonus features and can also give you six-of-a-kind wins. The 40 paylines are fixed and the minimum bet per payline is $0.02, which means the minimum bet for this slot is $0.80, which may be a bit expensive for many players as it will take a lot of spins to trigger all four bonus rounds.

Theoretical return to player (RTP) of this slot machine is 96.30%, good enough for most players, especially if you take into account that this slot game is capable of paying big. You can win one of the three jackpots, win a lot of money in one of four bonus rounds, and the main game can be rewarding too as it has one powerful symbol. 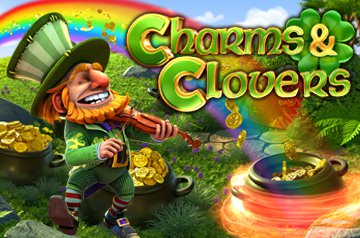 The main game offers more than just standard gameplay as, first of all, the board is larger and is 5×4, and then there’s the sixth reel that can bring that six-of-a-kind win. Quality graphics also enhance the gameplay experience a great deal. Leprechaun is the main symbol in the paytable and it can appear as a colossal 3×3 symbol, and there are seven medium-value symbols. Four low-value card symbols complete the paytable that consists of 12 paying symbols plus a Wild. There are no Scatters as the sixth reel triggers the bonus rounds.

Rainbow, 7, Clover, Pot of Gold, Horseshoe, Beer and Bar symbol are the seven medium-value symbols, all with nice graphics, and they progress from a 200 to a 2000 coin prize for six-of-a-kind. Leprechaun, as the best symbol, pays 5000. This kind of variance in the paytable is also reflected in the entire game, making this a medium- to high-variance slot. Most players will like this, as it means the game can pay big, and all it takes is to land enough high-value symbols on the reels. 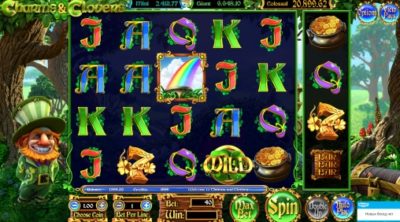 Reel 6 can trigger one of four bonus features. Money Wheel will give you a cash prize from 4x to 40x your bet or even one of three jackpots, Mega Symbol will put a giant 3×3 Leprechaun on your reels for the duration of 8 free spins, Golden Bonus will give you cash prizes, and Pots of Gold will give you 8 free spins with Gold Coin Wilds added to reel strips. All of these features offer good value, and the free spins games are very rewarding and also lots of fun to play. To trigger any bonus feature, the sixth reel must fill completely – four positions – with the respective bonus feature symbol. The jackpots that can be won on the Money Wheel are Mini, Giant and Colossal Jackpot. The amount of money that can be won in Charms and Clovers is significant, and you can get there by any of those four or five different means. You never know which feature will throw some cash your way!

I enjoy playing Charms and Clovers every time because the game is so much fun, with all those bonus rounds, and the sixth reel game mechanics is a particular treat. The game can pay well and is easy to play, so I definitely recommend it to all players, not only those who usually play Leprechaun slots.

Chamrs and Clovers is an Irish-themed slot machine by Betsoft that features four different bonus games, and the Leprechaun can help you win one of three jackpots!

Hurray! There is a competition going between users of our site!
You have to do nothing, but browse out site, and win a daily prize. Click here to read more.
You current ranking:
Time Left: 2h 14m 16s