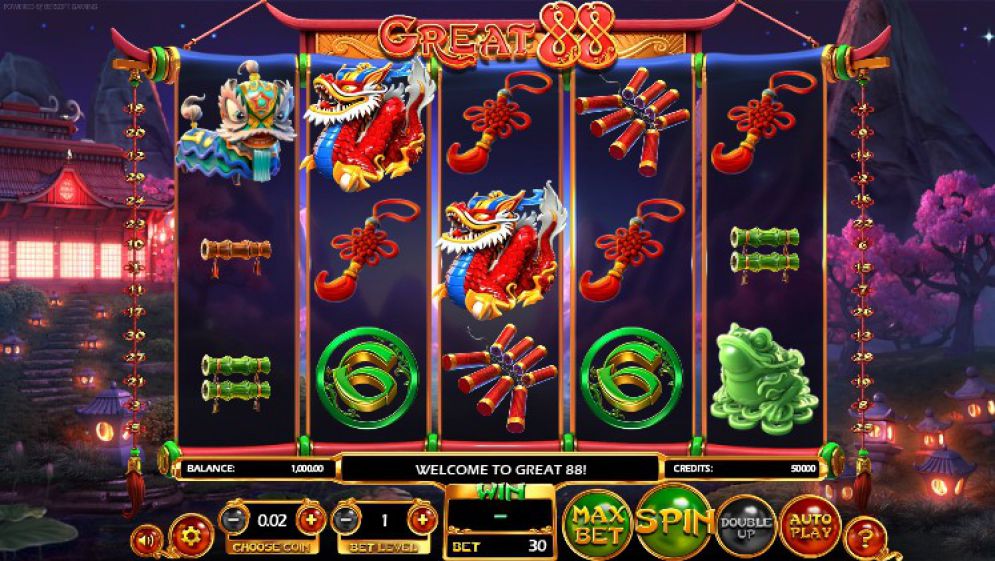 Great 88 is a Chinese themed slot by Betsoft, and is a superb visual experience and a high variance slot game in which the jackpot is 6000x your bet. There are six different bonus awards you can get after landing three Scatters! 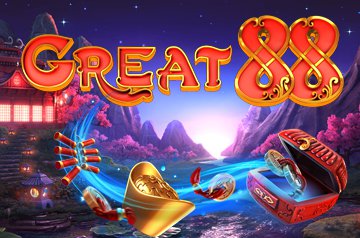 I’ve played Great 88 recently to be able to give you an honest opinion of this slot, and it’s a high variance slot that will be enjoyed by most players who are fans of the Chinese theme and of high variance slot machines. Great 88 gives you a chance to win up to 6000x your bet on the bonus wheel, and this is by far the best-looking Chinese themed slot game. It depicts the celebration of the Chinese New Year, and there’s a lot of fireworks!

The game is played on a standard 5×3 board, and there are 30 paylines. Theoretical return to player (RTP) is only 94.30%, a bit too low for the more demaning players, but classic slot players probably won’t mind as long as the variance is high and there’s a chance to win big. And that is the case with Great 88, so it’s a good high variance slot. The maximum possible bet per spin is only $15, which again indicates this slot requires a lot of spins. 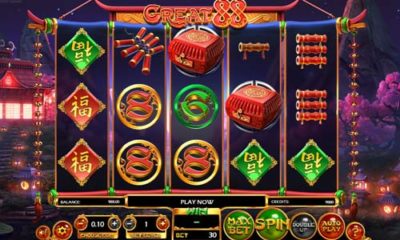 There are 11 symbols in the paytable, and five of them are almost worthless, leaving six that matter. Three of them can be considered medium-win symbols, and three are high-win symbols which you’ll want to see on your reels often as they’ll be responsible for all the big wins – Dragon, Lion and Toad. The twelvth paying symbol is the Wild, and it’s also the best-paying symbol in the game as it’s the rarest., and it pays 8,888 coins for five-of-a-kind. The next best symbol, Dragon, pays 1000. This applies to a bet of 30 coins per spin, so the best prize is 297x your bet and the best-paying normal symbol pays 33x your bet.

You first need to land three Scatters to have a chance to trigger the free spins game, but unlike with most slots, this won’t happen right away but you’ll have to pick the Scatters to reveal different prizes. And there’s a lot of these. 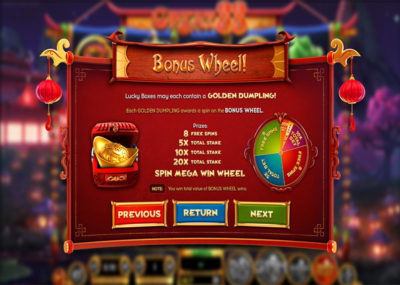 You can get a Dragon or Lion symbol, which will then simply combine with the rest of the board to produce wins, and Firecracker Wilds will also use the board, as they’ll explode to produce some more Wilds. Bronze Coins will give you coin prizes. Jade Coins is what you want as they’ll bring from 3 to 25 free spins, and there’s a Golden Dumpling which triggers the Bonus Wheel on which you can win up to 8 free spins or up to 50x cash prize. Bonus Wheel also has a Mega Win segment, which then opens the Mega Win Wheel where you can win up to 6000x your bet.

Great 88 is a Chinese themed slot by Betsoft, and is a superb visual experience and a high variance slot game in which the jackpot is 6000x your bet. There are six different bonus awards you can get after landing three Scatters!

Hurray! There is a competition going between users of our site!
You have to do nothing, but browse out site, and win a daily prize. Click here to read more.
You current ranking:
Time Left: 20h 57m 21s