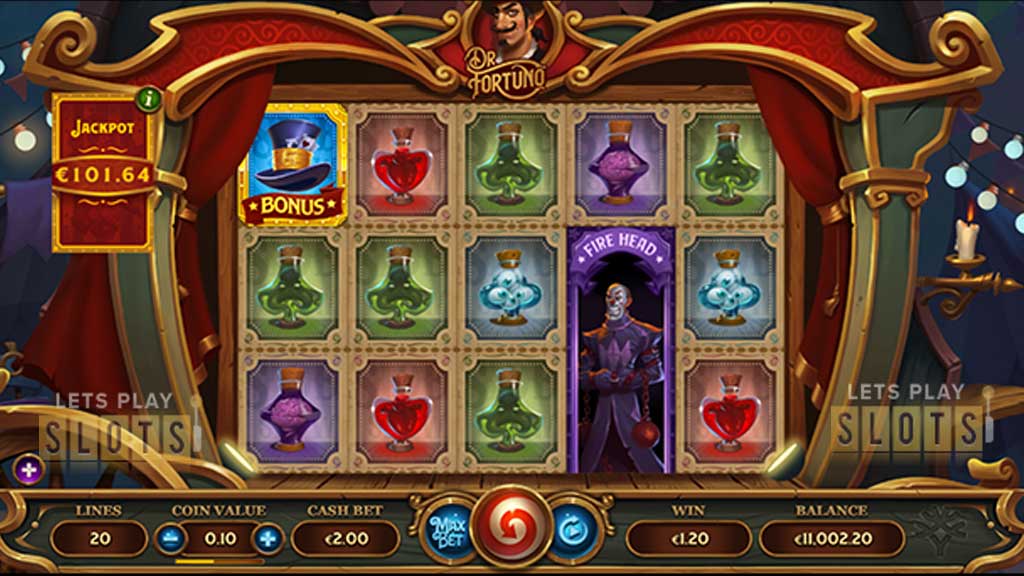 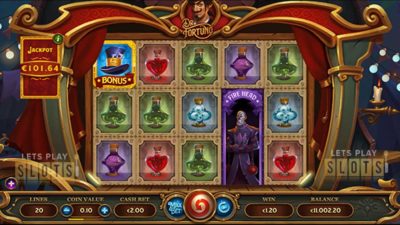 Yggdrasil is widely recognized as one of the most innovative software gaming providers in the world. The developer has come out with some really interesting slots in recent times which include Champions of Rome, Dwarf Mine, and Cazino Cosmos.

Now Yggdrasil has come out with another special slot called ‘Dr. Fortuno‘. This game will take players on a journey of magic and adventure with its excellent visuals and gameplay.

In this game, players will be introduced to a fascinating set of characters that include the eponymous Dr. Fortuno, Fire Head, Water Witch, and the Night Twins. These magical characters fill up the slots and feature five reels and 20 paylines, all in high-quality graphics and combined with some really good background music.

The game has several fun features that make each spin interesting and amusing at the same time. These special features are a big help in ensuring that a player’s chances of winning are high. First, there are the three high-value symbols of Fire Head, Night Twins, and Water Witch. These three can appear stacked in each reel, which means that the entire reel will be showing these symbols. This can be a big help in getting a winning combination.

Plus, the game uses Dr. Fortuno as the trigger for the Wheel of Fortune special feature. If it gets triggered, players get a chance to win one of the prizes featured on the reel which include free spins and win multipliers. However, the biggest prize is the progressive jackpot.

The game also has a scatter symbol that can be used to activate the Free Spins special feature. If players get three of them in a combination, they will get ten free spins and their choice of modifiers. They can either remove all low paying symbols – which means the player has a higher chance of winning big. They can also decide to choose multipliers or additional free spins.

Another modifier is to get more wild symbols or to have other symbols to turn into wilds. Finally, players can trace winning combinations from both directions, either left to right or right to left. The best way to learn more about this game is to try it out and give it a spin!

Hurray! There is a competition going between users of our site!
You have to do nothing, but browse out site, and win a daily prize. Click here to read more.
You current ranking:
Time Left: 2h 43m 52s