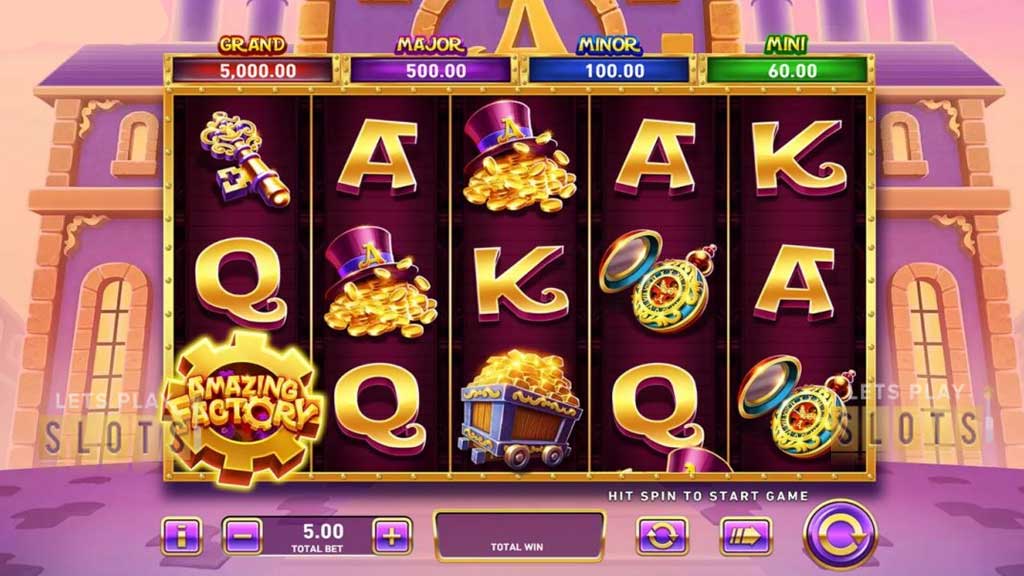 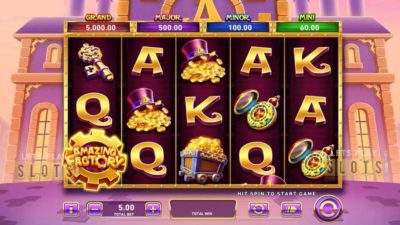 Playtech has built a reputation over the years for coming out with some of the most interesting slot games in the industry. Slot players will find the latest slot release from the developer interesting.

The new game is called “Amazing Factory” and takes players inside a factory that looks like it is making gold bars and coins. The golden theme runs throughout the game and clearly hints at what the game focuses on.

When players start this game up, they will find a grid with five reels and three rows. The symbols on display are a mix of the card royals and thematic symbols. The card royals are the low-value symbols.

Players will hope to get high value symbols which include piles of gold, pocket watches, golden keys and even gold bars. The most valuable symbol in the game is the game logo with the golden cog on it.

Players will be able to enjoy this game on the PCs as well as their mobile devices as the game has been designed to work well with all mobile and tablet platforms.

The way to get the jackpot is by winning the Hold And Win bonus game. Players need to score enough gold coins and then the bonus game will start. They will be given three respins to lock in as many Gold Coins as they can. When a Gold Coin appears, it will be held in place until all the respins are over. This is why the feature is called Hold and Win.

The amount of coins players score at the end will determine which Jackpot they will get. Players who fill up the entire grid with coins will get the Grand Jackpot. The fewer coins collected, the lower the jackpot awarded. Playtech has done a great job with the graphics and gameplay that will keep players engaged throughout.

Do give Amazing Factory a few spins when it shows up at your favorite online casino.

Hurray! There is a competition going between users of our site!
You have to do nothing, but browse out site, and win a daily prize. Click here to read more.
You current ranking:
Time Left: 6h 28m 33s