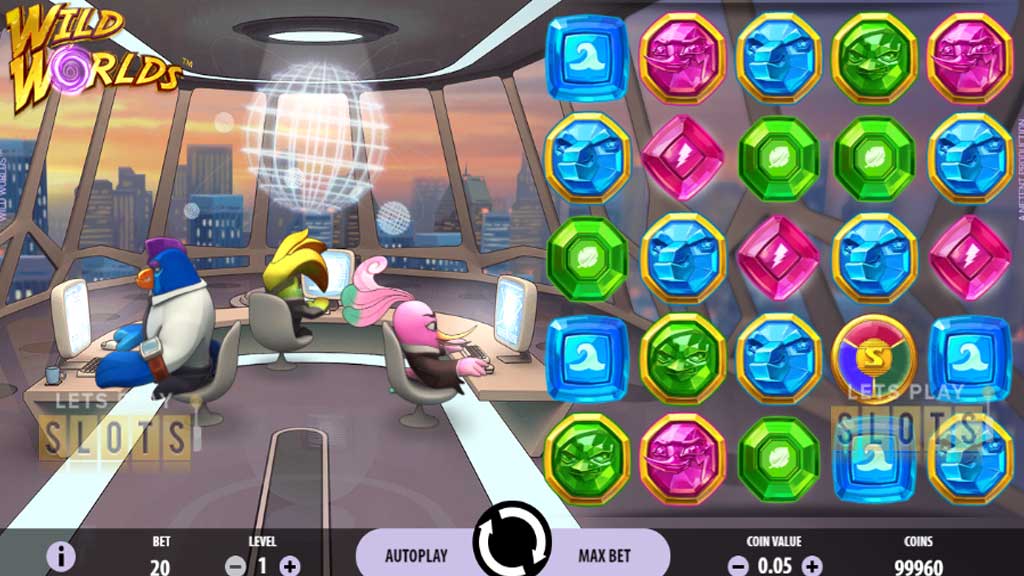 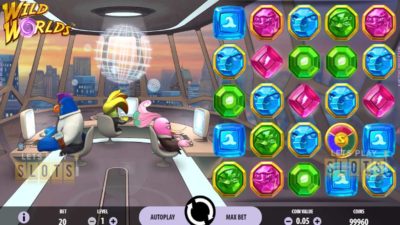 NetEnt has a solid track record of producing some of the best slot games in the industry and their latest release continues to justify that reputation. The new “Wild Worlds” slot features three heroic birds as they go out and save not just one world but many. When danger calls, Pink Bird, Yellow Bird, and Blue Bird will be there to fight evil and save the day. The players will be helping them do their job by scoring winning combinations on the reels.

The premise of Wild Worlds should be familiar with anyone who has seen a superhero movie. For this particular game, the heroes are the three birds and they each bring something to the table when it comes to the game.

When players first enter the game, they are treated to a stirring cinematic intro. After that, they are taken to the headquarters of the birds where they monitor for trouble. The cartoony feel is pretty good and should help a lot in ensuring that this game is an enjoyable experience. On the left side of the screen are the birds monitoring for trouble while the right has a five by five reel for the game.

The game has the same goal as all slot games: to get winning combinations of certain symbols. NetEnt went all out on the theme for this game and used gems for symbols. There are several of them with different values ranging from the simple gems to pictures of the superheroes. The symbol with the crown is the most valuable one and players can get 100 times their stake if they get five of it on a pay line. Additionally, the wild symbol is just as valuable and can also help in getting a winning combination.

The fun thing about this game is the wealth of bonus features available. For example, players may think they have lost if they don’t get a winning combination. However, the random destroy feature can activate and destroy all other symbols except for the scatter and one gem. This means there’s a chance for a sudden win. The Hero symbols also assist with this. When they are part of a winning combination, they can convert all other Hero symbols into the same symbol.

The real draw to Wild Worlds is the Free Spin feature. When players get three scatter symbols scored, they have to spin a wheel to determine which world is in need of saving. Different worlds have different bonuses and they get free spins for their trip to another world.

The Ice World has a lot of wilds, The Dark Forest has a spreading Wild, and the Fire Land has random Wilds. Besides that, players will have to beat the monsters in each world by scoring combinations of the right gems. Players can get up to 200 times their original stake if they are lucky.

Hurray! There is a competition going between users of our site!
You have to do nothing, but browse out site, and win a daily prize. Click here to read more.
You current ranking:
Time Left: 6h 18m 19s