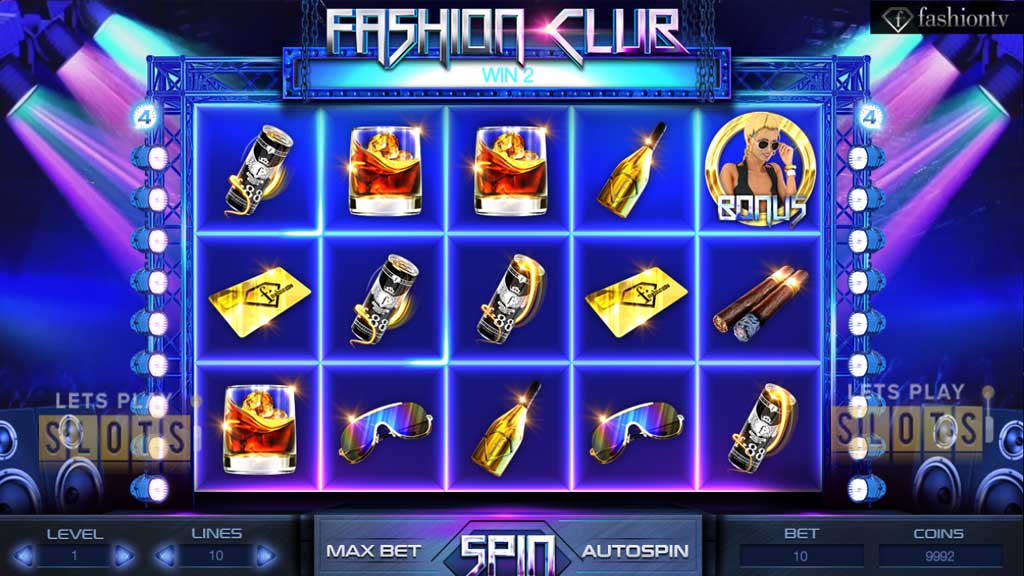 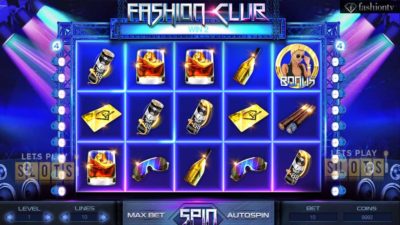 If there is one thing that is constantly changing – it is the world of fashion. Fashion shows in London, Paris and Milan feature some of the most beautiful models in the world displaying some fantastic designs.

FashionTV is looking at bringing this world to the slot player with its first slot called “Fashion Club“.

This is the first slot game that the company has ever made and it is a pretty traditional slot game. Playing it safe is what FashionTV is doing and they have done a lot of things right!

Players who start this game up are greeted by the sight of a sound stage with five reels.

On the reels are all the trappings of a luxurious life ranging from stacks of cash to bottles of champagne. The game itself has 10 paylines which is a standard for most slot games. The music is turned up loud and makes players feel like they are in a fashionable club. FashionTV has all the experience in the world and knows how to evoke the right emotions.

The basic game is the usual standard gameplay found in any slot game. FashionTV is not trying to be innovative here and only wants the basics ready. The minimum winning combination will get players five times their stake. The most valuable symbol though can reward players 750 times their wager. The problem is that at this level, you are not going to big sums. For that to happen, you got to get to the next level!

The game also has one simple bonus feature. This is triggered when players score all three bonus symbols. These show up on reels one, three, and five. When they all appear, they don’t even have to be on a payline. Players will immediately get 15 bonus spins.

During these spins, players will receive a 3x multiplier on all of their wins. The wilds in the game will start becoming more active. In this game, wilds only appear in the three middle reels. But during the bonus game, they do more than occupy a single space. They expand and take over the entire reel, This means that if three wild symbols show during the bonus game, there will be multiple wins going on. Combined with triple win multipliers and players would have hit the jackpot.

Overall, this game is a pretty interesting offering. It is quite clear to the experienced slot player that this game is rather basic in terms of design and layout. However, it brings to the table a very interesting theme and is worth a spin or two!

Hurray! There is a competition going between users of our site!
You have to do nothing, but browse out site, and win a daily prize. Click here to read more.
You current ranking:
Time Left: 18m 36s
Gambling is for 18+ though some countries may have other restrictions...Remember you should always Gamble Responsibly
We use cookies to ensure that we give you the best experience on our website. If you continue to use this site you agree to allow us to use cookies, in accordance with our Terms & Conditions.Agree & Close