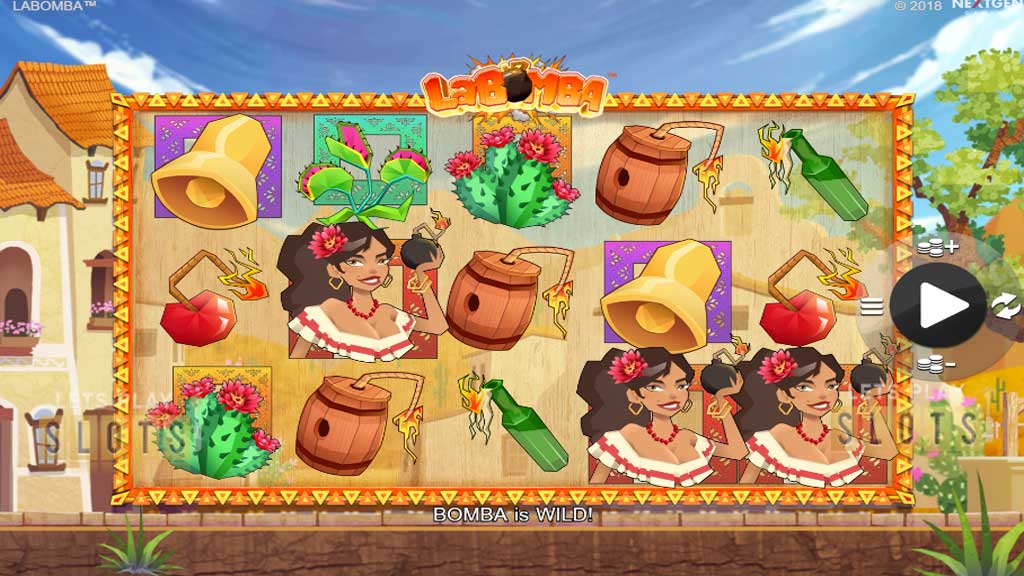 NextGen gaming is looking to shake things up with its latest slot ‘La Bomba’. The game takes players to the sleepy town of San Perosozo where Señora Guadalupe is looking to spice things up a bit with her hobby. Unfortunately for the town, she likes playing with explosives – which is why they call her La Bomba! This interesting new slot game has five reels and 25 pay lines to experience with some unique twists.

Players can enjoy the game on a variety of devices, whether it is their phone, tablet, or desktop PC. It provides players with a choice of setting how high they can bet per spin, with the highest bet set at $625. There is also an auto-spin feature so that players can leave it spinning while they do something else.

The slot game features some very familiar design choices. As for the basic symbols, the low-paying symbols are the various explosive that La Bomba plays with starting from cherry bombs to Molotov Cocktails. For higher payouts, players should aim for cactuses, Venus fly-traps and the town bells. The most valuable symbol of all is La Bomba herself, who gives players 500 times their original stake if they get five of her on a payline.

All of this is presented in a lovely animated style that makes the town look fun and enjoyable. There is even a small animated rat carrying a bomb running at the bottom of the screen. The music completes the fun atmosphere and provides players with an overall entertaining gaming experience.

The real fun begins when players score three wilds. Wild symbols are the bomb symbols and they act as any other symbol. But when three wilds line up, a Free Games Feature is activated. Players get five free spins and the amount that they won in the activating spin is placed on top of the second reel. Double that amount will be on the third reel and triple that amount will be on the fourth reel.

This is important because if a La Bomba wild appears on a reel during the free game, players will win the amount indicated above that reel. Additionally, if players get two La Bomba wilds, they get one more spin, while three wilds will reward two extra spins. So it is possible for players to keep on winning big prizes – while also getting more free spins. La Bomba’s fun gameplay is enjoyable and players can get a real blast when the bonus kicks in

Hurray! There is a competition going between users of our site!
You have to do nothing, but browse out site, and win a daily prize. Click here to read more.
You current ranking:
Time Left: 4h 58m 56s