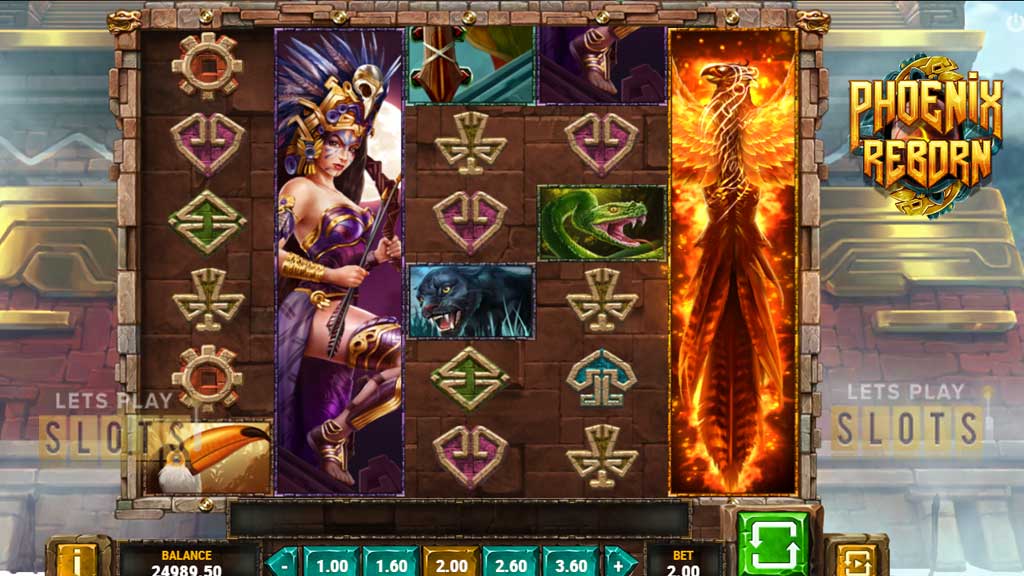 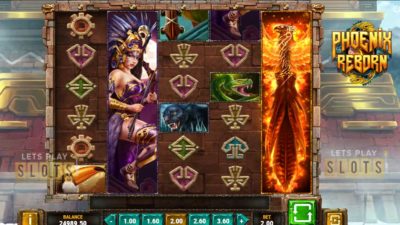 Play’n GO is set to give slot lovers something new to be excited about. The company has developed a new slot called ‘Phoenix Reborn‘ which has an Aztec theme. The game brings players to an Aztec Temple as they try to get winning combinations that will bring them the blessing of the gods and the treasure of the Phoenix. It is a pretty slick-looking game and will give players the opportunity to win big.

Phoenix Reborn features five reels and 40 paylines. Players can vary their wagers on each spin which means you can win small or win big depending on the size of your bet. The game also features several interesting bonuses that make victories in the game a lot more profitable and more likely.

Beginning with the basics, the game has five reels and six rows. All of the symbols used are in Aztec form. Besides the low-value Aztec symbols, there are also toucans, panthers, warriors, and snakes. The most valuable symbol out of the lot is that of the female Aztec warriors. Players will be able to get 10 times their original stake if they get five female Aztec warriors on a payline.

The game also has a couple of special symbols. There is the Phoenix symbol which acts as the wild. It will replace any symbol in the game for winning combinations except for the scatter symbol. It also expands to take over the reel completely, allowing for more winning combinations. Players get 25 times their total stake if five of these are scored on a payline.

The biggest wins in the game are possible when the Aztec mask appears. It is the scatter symbol and will activate the Free Spins Feature. Players who get five scatters will get 20 free spins, while lower numbers also get fewer free spins. When the free spins are active, additional scatter symbols will give players a chance to win more free spins. With luck, players can get up to 40 free spins in the bonus game.

Yet another bonus during the free spins is that a Phoenix wild symbol will be able to randomly cover one reel on each free spin. There is even a chance that all reels can become Phoenix wild reels during a single spin. Due to the many different bonuses, this game is very exciting when it comes to wins. Players can get a maximum of 5,000 times their stake when they win!

Hurray! There is a competition going between users of our site!
You have to do nothing, but browse out site, and win a daily prize. Click here to read more.
You current ranking:
Time Left: 5h 38m 24s
Gambling is for 18+ though some countries may have other restrictions...Remember you should always Gamble Responsibly
We use cookies to ensure that we give you the best experience on our website. If you continue to use this site you agree to allow us to use cookies, in accordance with our Terms & Conditions.Agree & Close