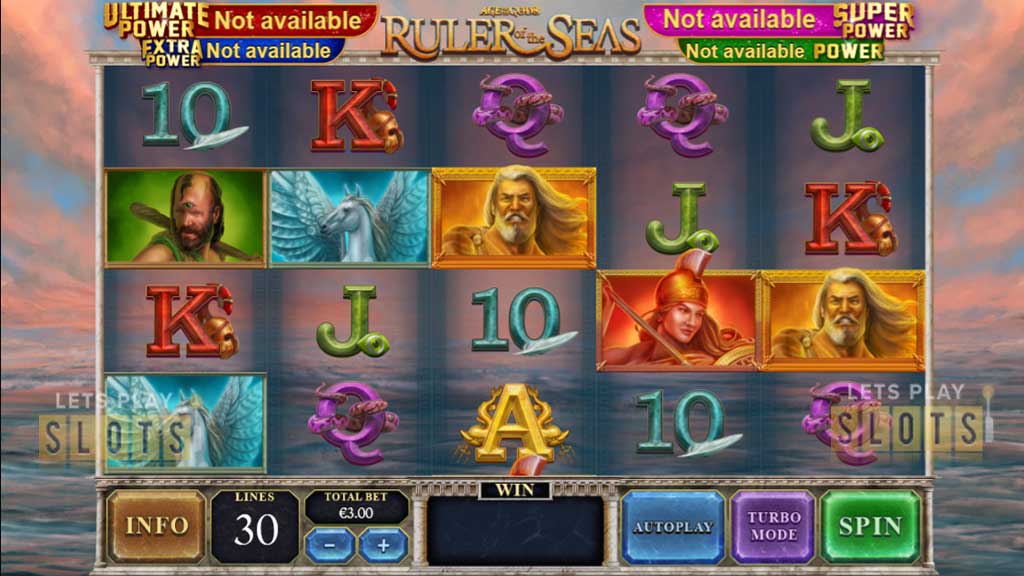 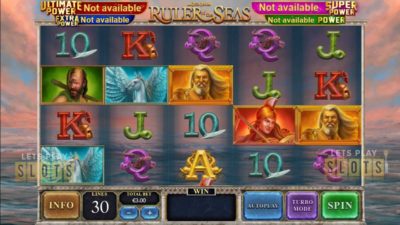 Playtech one of the leading online slot developers has kept slot players entertained over the years with their Age of the Gods slot games such as “Mighty Midas” & “Rulers Of Olympus“. The company recently released a new slot which is a continuation of the Age of the Gods series.

The new game is called ‘Ruler of the Seas’ and is based on the Poseidon who is the Greek god of the sea. The game takes players out to Poseidon’s domain and they will be seeking some major mythological characters as they play on this five reel slot game that starts with 30 paylines.

This game is visually similar to the other Age of the Gods games and comes with great graphics. The sea forms the backdrop and the reels present a variety of symbols that are well-drawn and colorful. There are two sets of symbols available. First, there are the low-value card symbols. This includes the A, K, Q, J and 10 cards.

What players will be aiming for are the high-value mythological characters. They include the Pegasus, the Cyclops, Medusa, Athena and Poseidon. The sea god is the most rewarding. With five of him on a payline, players will be able to get 3.33 times their stake. Another valuable symbol is the wild. Players who get five wilds with get 8.33 times their stake. They also act as other symbols in the game. During normal spins, one symbol can appear stacked on one of the reels.

Focus On The Respin

The game really starts to shine when players trigger the respin features. This happens when players get at least two trident scatter symbols. Players then see the scatter symbols replaced by feature frames. Players then get access to different features. Besides activating these features, another row is added and the number of paylines is doubled from 30 to 60. Players will get a respin for their next spin.

If players get at least three scatters, then there are now eight rows and 90 paylines. They also get five free spins. The above features are beefed up so players get better rewards, too. There is also the chance to win a random jackpot.

Overall, this game is another fun experience from Playtech and gives players a chance at the jackpot.

Hurray! There is a competition going between users of our site!
You have to do nothing, but browse out site, and win a daily prize. Click here to read more.
You current ranking:
Time Left: 5h 37m 46s
Gambling is for 18+ though some countries may have other restrictions...Remember you should always Gamble Responsibly
We use cookies to ensure that we give you the best experience on our website. If you continue to use this site you agree to allow us to use cookies, in accordance with our Terms & Conditions.Agree & Close