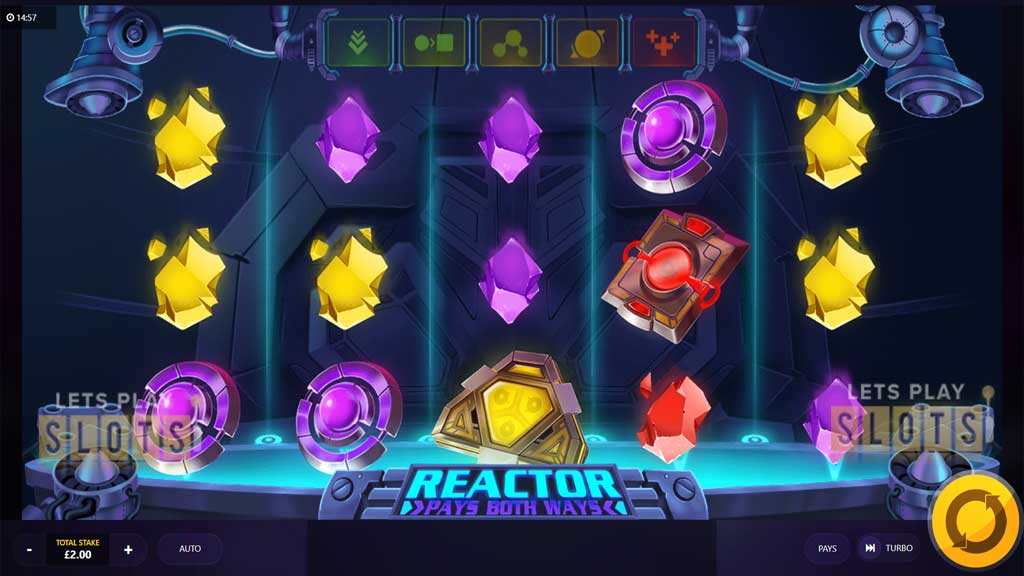 “Reactor” Ready To Take Players Into The Future

The future is here with Red Tiger Gaming‘s new Reactor slot game. This new slot game is set in the future and has players working to generate energy by getting winning combinations. Players will love this five-reel, 20 pay line game for one simple reason: the pay lines go both ways. This means that they can win from right-to-left combinations as well as the traditional left-to-right.

Players will be impressed by the audio-visuals in the Reactor slot. The sound is suitably futuristic and the visuals are stunning. This carries over to the symbols that are used. No card symbols to match here. Players are hoping to get combinations of crystals to power up. The unprocessed crystals will yield low payouts but the fancier crystals can be valuable. The green one can return 400 times the original stake.

Players will appreciate several of the features that the game has as it makes it easier to play the game. First, there’s the turbo feature. Many people complain about the reels taking too long to stop. The turbo feature makes the spin go faster so that players can start spinning more times.

Additionally, the auto feature also lets players set the number of spins they want to done automatically. The spins will stop only when a winning combination is reached, which is a nice stopping point.

A Burst Of Power

Finally, there are two special symbols that allow players to get big prizes. There is the wild, which is an explosion. This will act like any other crystal. This helps players get winning combinations. Additionally, if players get five wilds on a pay line, they are rewarded with 500 times their original stake.

The next special symbol is the battery. This powers up the reactor and gives players a big boost when they are playing. Getting even one can be rewarding. The scale of prizes starts with one battery which gives players a free respin. Two batteries allow players to swap symbols when they respin.

Three batteries become a lot more impressive when it comes to bonuses. It gives respins, random wilds, and allows for symbols to be swapped. Four batteries will have all the above features and have a mega wild explosion, which is a wild that covers multiple slots. Finally, five batteries will allow players to get all the previous bonuses along with a random multiplier.

Hurray! There is a competition going between users of our site!
You have to do nothing, but browse out site, and win a daily prize. Click here to read more.
You current ranking:
Time Left: 6h 35m 37s
Gambling is for 18+ though some countries may have other restrictions...Remember you should always Gamble Responsibly
We use cookies to ensure that we give you the best experience on our website. If you continue to use this site you agree to allow us to use cookies, in accordance with our Terms & Conditions.Agree & Close