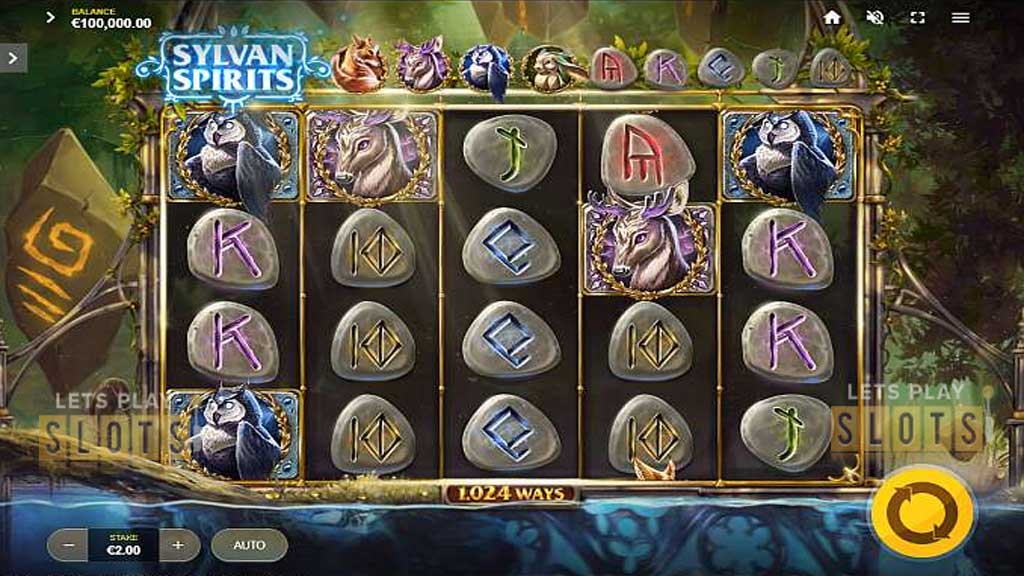 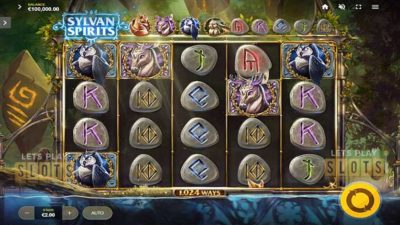 Red Tiger Gaming is relying on the dark setting of the forest to create a mysterious environment for their latest offering “Sylvan Spirits“. Players who want a break from the numerous Christmas themed slots that have recently flooded the market, should give this slot a few spins.

The game features five reels and four rows, which is a pretty big grid. But the real kicker is that there are 1,025 paylines. That means there are a lot of chances for players to win. However, wagers for the game are a bit low.

While it is acceptable to start at $0.10, the developers have capped it at $10. This low betting amount can be irritating to those players who want to bet big. The max jackpot for the game is pretty good and is set at $7,500.

The game has a decent mix of symbols. Players will see the card royals carved into stones as the low-value symbols for the game. Those who want to win big will want to score one of the animals. These include owls, deer, rabbits and foxes. The game does have a special figure in the sorceress, which is a wild symbol. The great thing about it is that it is a larger 2×2 symbol. There is also a scatter symbol.

The game’s special features are what players will be looking to trigger. The most notable one is the symbol multiplier feature. There is a counter on top of the reels that features all the symbols. There is also a current multiplier associated with it.

Every time a player scores a winning combination with the Mega Mystic 2×2 Wild, all the symbols get a multiplier increase. The next time that the symbol wins, the multiplier is applied. Since it goes all the way up to 99x, it can result in a big win.

Players can also potentially get 12 free spins when three scatter symbols appear. During these free spins, the Mega Mystic Wild will appear more frequently. There is also the Cascade feature. Winning combos disappear, allowing for more symbols to appear and increase the chance for more winning combinations to show up.

Sylvan Spirits is worth a few spins but players are not going to be spending a lot of time or money on this game because it has a low RTP of 95.77 percent.

Hurray! There is a competition going between users of our site!
You have to do nothing, but browse out site, and win a daily prize. Click here to read more.
You current ranking:
Time Left: 21h 9m 48s