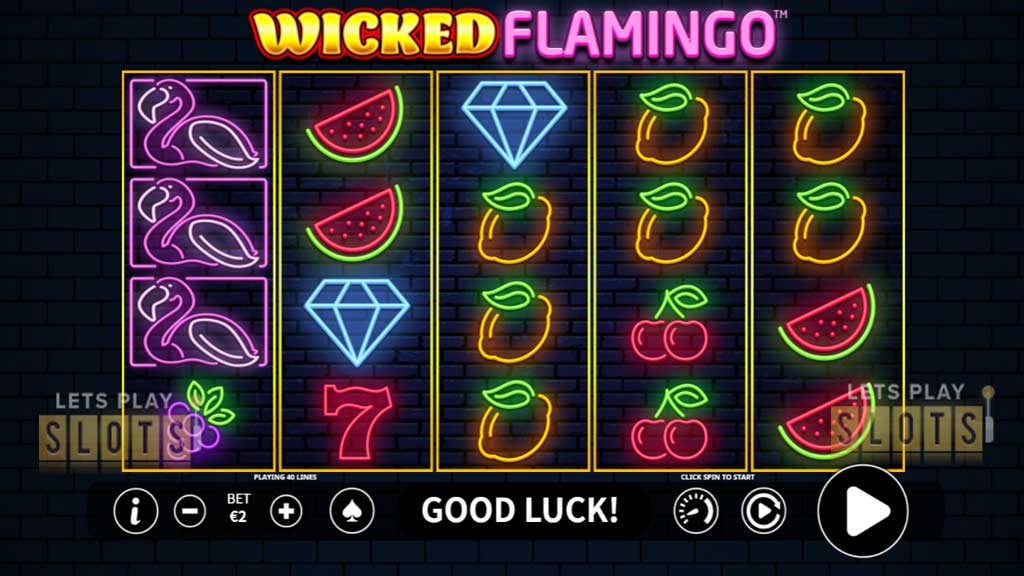 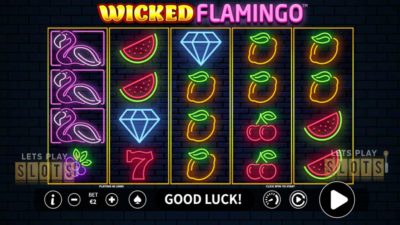 Most of the slot games that hit the market today have a modern theme to it and are loaded with innovative features. Skywind Group has decided to come out with a new slot that is inspired by classic slot machines while combining modern features. The new game is called “Wicked Flamingo” and offers loads of excitement.

If you played classic slot machines, then you know that they do not have any storylines. They are all about style and gameplay. Wicked Flamingo takes players to a simple brick wall and presents them with reels filled with classic symbols. It just presents the game and lets the players have a go at it.

This game has five reels and three rows. There are 40 paylines for players to work with. The game has an RTP of 96.26 percent, which is pretty good. Players can wager from between £0.4 and £320 per spin. The developers have also ensured that this game can be played across all platforms and devices.

The game has a lot of fruit-themed symbols. This includes lemons, grapes, strawberries, watermelons and cherries. There are also has classic symbols like sevens and diamonds. Finally, there is the pink flamingo which acts as the wild. The most rewarding of the basic lot is the sevens, with five of them giving players 500x their bet. The diamond is the biggest payout though, with five of the gem giving 40,000x the player’s stake.

Since the game is based around classic machines, it is understandable that the game does not have any major special features. The two main features are based around the two special symbols: the flamingo and the diamond.

The flamingo is the wild and can act as a substitute for any basic symbol. Players who get five of them on a payline can get 1,000x their bet. The diamond is the scatter symbol but it doesn’t give any free spins – only the biggest rewards in the game.

Players will have to be happy with the Mystery symbol, which appears randomly on the reels and can turn into any potential symbol. Additionally, the game has the Gamble feature. Players are given the chance to go double or nothing with their wins by guessing the color of a facedown card.

Overall, Wicked Flamingo presents players with a nice game that throws back to the classic with a mix of modern gaming thrown in. While it is pretty basic, the possibility of big wins are reason enough to try it out.

Hurray! There is a competition going between users of our site!
You have to do nothing, but browse out site, and win a daily prize. Click here to read more.
You current ranking:
Time Left: 9h 15m 21s