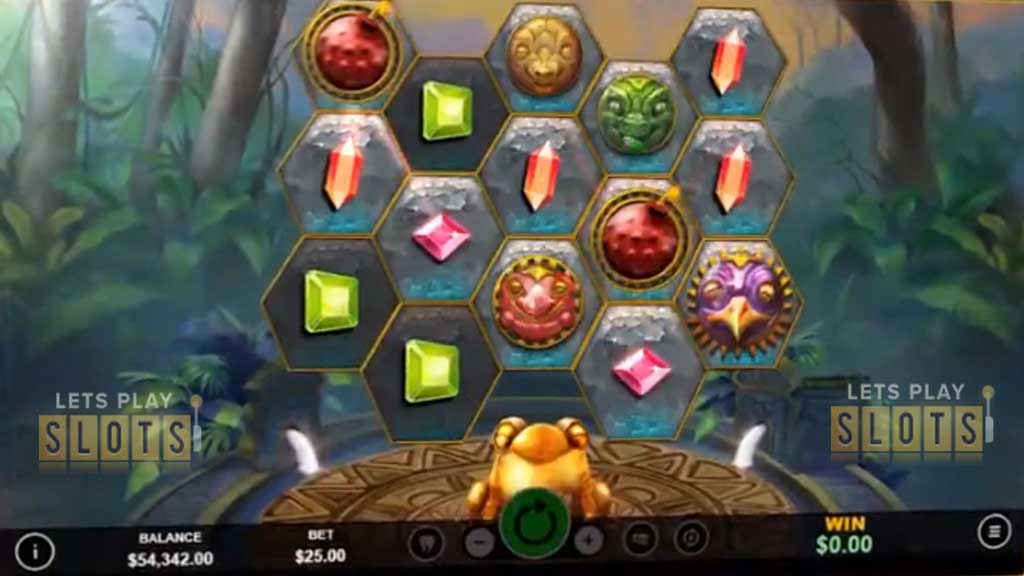 RTG Takes Players Into The Swamp With New “Frog Fortunes” 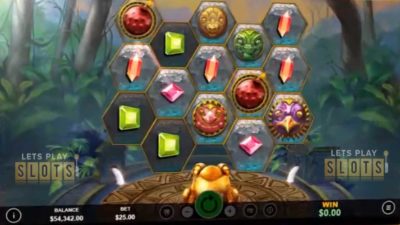 RTG has an impressive stable of online slot games and its latest release promises to be yet another exciting slot due to its theme and design. The latest game takes players into a swamp and brings to life an interesting theme that is based on frogs. “Frog Fortunes” delivers a new graphical approach by not using straight squares but a hexagon as the main component of the grid.

Players are welcomed into this game with a sight of the swamp and the grid. The graphics bring the swamp to life and gives you a clear idea of what is in store. The game has the same five reels and three rows that players are familiar with but the difference is that they are now hexagonal.

This makes it easier for players to track the many paylines that the game uses. There are a total of 243 paylines for you to win. The biggest payout for the game is a max of 150x which means you will have to bet a lot of to win a big amount. High stakes players will not be drawn to this game.

The symbols for the game are an unusual mix. Players will have to get both gemstones and the many denizens of the swamp. This includes the various animals that make the swamp their home which include eagles, reptiles and ofcourse the titular frogs.

Players may not like the fact that the winnings are pretty low but the game is pretty enjoyable from the gameplay perspective. Several features will keep players amused. For one, there is the cascading reels feature. This has become increasingly common in other slots so players should be familiar with it. When a winning combination is scored, the winning symbols are removed and new symbols appear. This can lead to multiple wins on a single spin.

The game also has a special symbol that that is called the Frog Bomb. When it appears, it will stay in place and count down to zero. When this happens, the bomb explodes into a random pattern. There are 10 possibilities for the pattern and that can influence the possible wins a player might have.

Mixed in with cascading reels, players will have a chance at multiple wins. Frog Fortunes is expected to be released in October. Do give it a few spins when it shows up at your online casino.

Hurray! There is a competition going between users of our site!
You have to do nothing, but browse out site, and win a daily prize. Click here to read more.
You current ranking:
Time Left: 10h 19m 7s