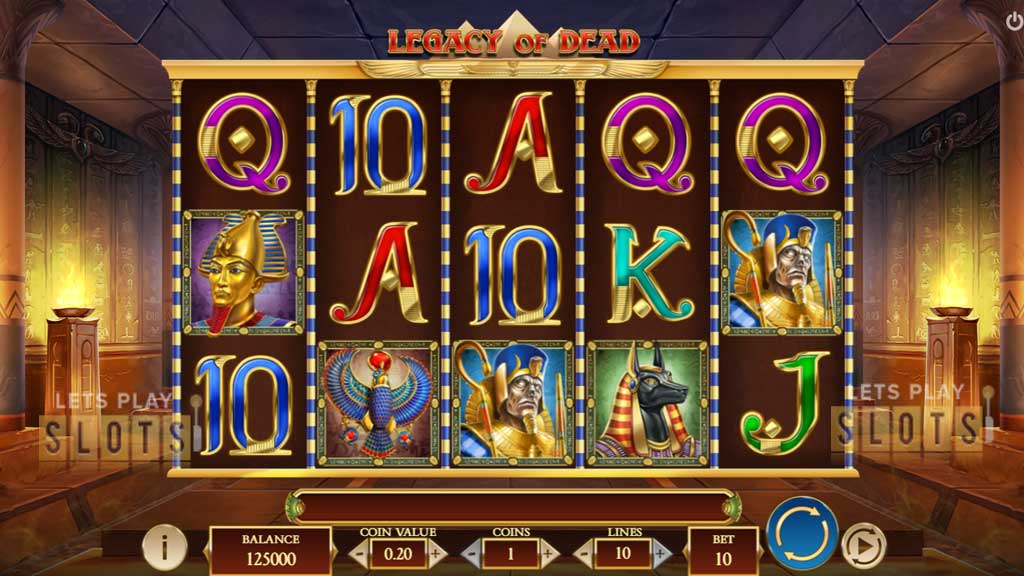 Search For Ancient Egyptian Treasure With Slot “Legacy of Dead” 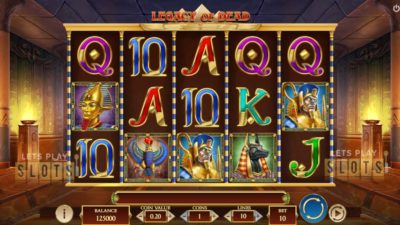 Ancient Egypt continues to fascination millions of people in the 21st century so it is not surprising that it has become the theme of many games, movies, and books. Slot games find it a great theme, with many developers offering their spin on things. Play’n GO who produced “Rich Wilde and the Book of Dead” continues the trend by offering the new “Legacy of Dead” online slot. Set inside an ancient burial chamber, players are looking for the treasure in the tomb.

The spooky atmosphere is made more real by the great graphics and the music. The game features five reels and 10 paylines. This may seem a bit too basic but the slot game is pretty volatile. There is a pretty good chance that players can win big with this game.

Players will be aiming to get winning combinations from the available symbols in the game. The low-value set of the game features the A, K, Q, J and 10 royals. But for those who want to win big, they will want to get one of the more valuable symbols. This ranges from Horus to Tutankhamen. These symbols all have impressive prizes, with Tutankhamen giving players 500 times their stake if they get five of it on a payline. Unlike normal slots, players only need two matching symbols to get a win.

There is the burial chamber symbol. It acts as the scatter and the wild. It gives the same prize as Tutankhamen but it also has special features. Besides being able to substitute for any symbol, it can also trigger the free spins feature.

Players who get three or more burial chamber symbols will be able to trigger the free spins feature. Players will then receive ten free spins and also activate the expanding symbol feature. A random symbol is chosen and when it appears during the free spins, it will expand to fill the entire reel.

The expanding symbol feature can be a big help for players to win. For example, if all five reels have an expanding symbol, then the entire grid will be full of the same symbols. This means all paylines will be scored and the player will have hit a jackpot. This would be even better if the Tutankhamen symbols were randomly chosen. Players would then be able to get 5,000 times their stake.

This is a volatile slot game can that can be worth a spin or two when it arrives at your favourite online casino.

Hurray! There is a competition going between users of our site!
You have to do nothing, but browse out site, and win a daily prize. Click here to read more.
You current ranking:
Time Left: 6h 30m 2s