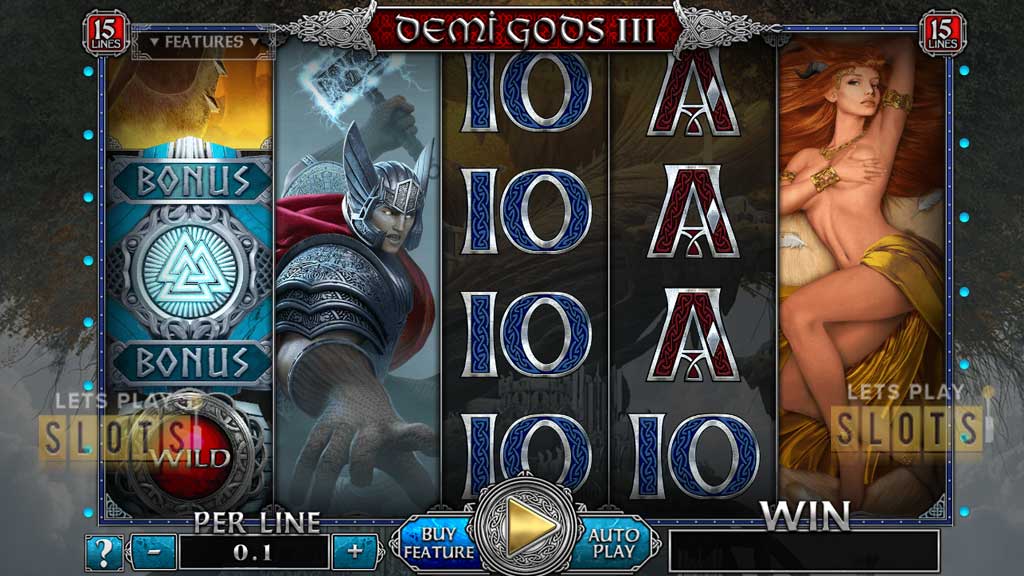 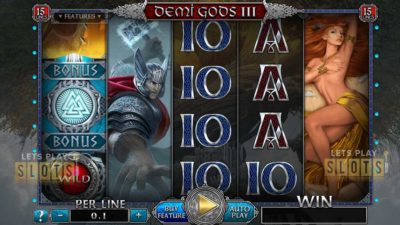 Spinomenal has had a lot of success with its Demi Gods series of games. This series takes players to different mythologies to encounter the various gods and goddesses in them. This time around, Spinomenal has decided to use Norse Mythology and check out the divine.

In “Demi Gods III 15 Lines Edition“, players are taken to Scandinavia to experience adventures with Odin, Loki, Thor and Freya. When players start this game, they will be greeted with the sight of a northern port, with several Viking ships in the harbor. The great tree Yggdrasil dominates the sky above and an epic soundtrack plays in the background.

The symbols for the game are a mix of the gods and goddesses of the North and they are rendered in all their glory as the developer has done a great job with the graphics.

The gameplay of Demi Gods is based around a grid of five reels and four rows. The title of the game already tells you the number of paylines: 15. Players will need a minimum of three matching symbols from the left to get a win. Players’ bets can range from 15 cents to $150. Many players will want to bet big on this slot as it has an RTP of 96.2 percent.

The game has a lot of special features. For one, there is the basic Wild symbol. It substitutes for all of the other symbols. This means that players will only need two other symbols to make a win with one of these. But players who get five Wilds will be able to get 300x their original wager.

Another special feature is the random Win Multiplier. It can appear at any time and it is in the shape of a raven. Lucky players will be able to double or even triple their prizes. The great thing about the game is when the gods decide to interfere. Players who score three bonus symbols will have their pick on which realm to explore.

There are nine realms so there are nine different types of Free Spins. Each has special perks and players can pick their favorite every time. Depending on the chose realm, players can have stacked wilds or even guaranteed wins. Overall, the new Spinomenal‘s Demi Gods III slot takes the series to another level and is definitely worth a few spins.

Hurray! There is a competition going between users of our site!
You have to do nothing, but browse out site, and win a daily prize. Click here to read more.
You current ranking:
Time Left: 54m 9s