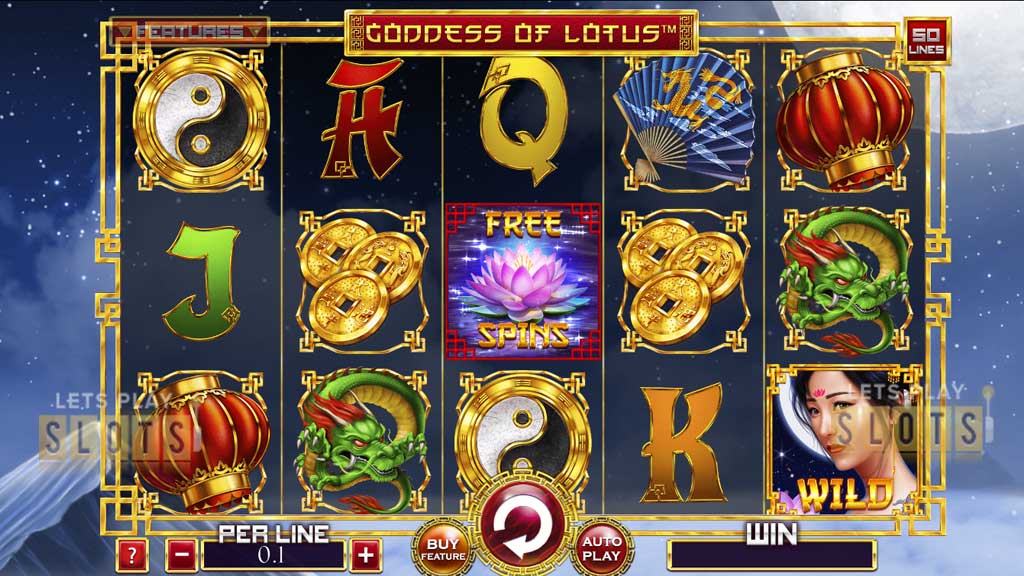 Test Your Luck With The “Goddess Of Lotus” from Spinomenal 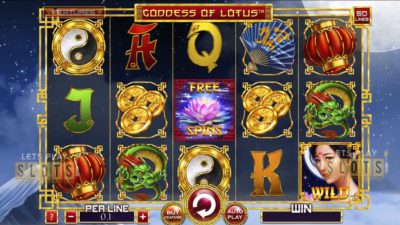 Slot game developers tend to release a lot of slots that bring in Gods and Goddesses into the framework. This is because they like to link the element of luck to divinity and get players to test their luck playing their favorite slot game. This is exactly what Spinomenal has done in their latest slot offering titled “Goddesses of Lotus“.

The Goddess of Lotus slot has players securing the favor of the goddess by trying to acquire the Sacred Lotus from the possession of an evil Goddess. Players are taken to a crystal landscape with a full moon fully shown in the background.

Players are presented with five reels and three rows. There are 50 paylines for players to win on.

This game is a high roller’s dream come true due to the big betting range. The minimum starts out at $0.50 and the maximum is an impressive $500. That is very high compared to other games and should help attract players who want to spend a lot of money spinning the reels.

Players will be playing around with a good mix of symbols in 3D mode. For the low-value wins, players will have to score the card royals, starting from the A to J. Players will prefer to score the premium symbols that include a Fan, Lucky Coins, Red Lanterns, Dragons and Yin and Yang symbols.

There are several special symbols for this game. Players can hope to get the Lotus Scatter Symbols, Scroll Mystery Symbol, Bonus Symbol, and the two Wild Symbols, either the Koi Fish or the Goddess. There are also several special features in play that add a lot of excitement to this game.

For example, the Bonus symbols can trigger the Bonus Game. Players will then get three spins on the Wheel Of Fortune. It can give bonuses and extra spins, even a level progression. Next, players can score three or more Lotus Scatters to get free spins. Players are given a choice of the type of free spins they want. The main difference is based on what reel will the Goddess Wild will appear and expand to cover the reel. Players can also choose to buy the Free Spins feature, so they can trigger this special feature at will

The final two special features are the Koi Fish Countdown Wild and Mystery Symbol. Koi Fish Wilds have a number on them. If the Countdown feature happens, players get free spins. When the Koi Fish appears, it has a number higher than one. Mystery Symbols don’t reveal their true shape until they land.

Overall, the game is very interesting and has a good RTP of 96.31 percent.

Hurray! There is a competition going between users of our site!
You have to do nothing, but browse out site, and win a daily prize. Click here to read more.
You current ranking:
Time Left: 2h 9m 15s