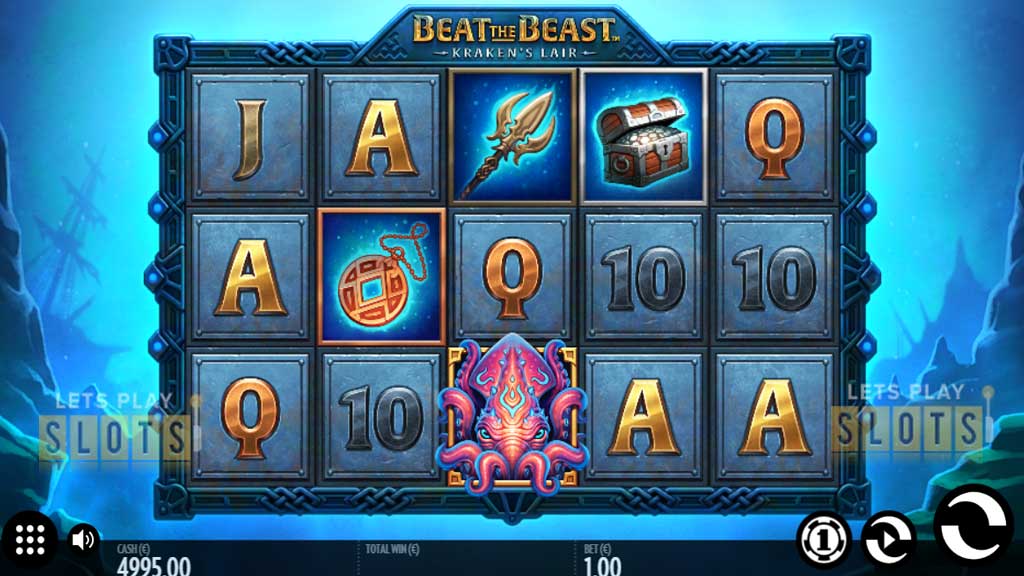 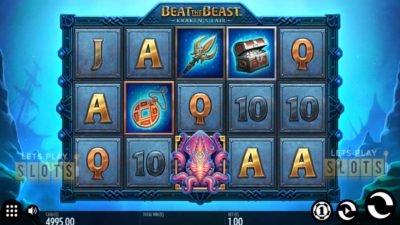 Greek mythology is full of monsters and some of them are very memorable ones.

The Kraken is a good example of this even though it does not have Greek roots. Thunderkick is bringing back the many-tentacled horror to its roots in its latest game “Beat the Beast: Kraken’s Lair“. This slot is expected to be the first slot in a new series with more to come.

When players start this game, they are taken to the depths of the sea to the lair of the Kraken. This is where players are presented with a five-reel grid that has nine paylines. The game features a decent RTP at 96.12 percent which should encourage players to try it out. Players will be fighting the terrible Kraken and will look to escape alive.

Players will aim to make winning combinations and the game provides a good set of symbols. Players will have the basic A, K, Q, J and 10 royals as the low-value symbols in the game. Players will want to score the more valuable pendants, treasure chests, Kraken idols and even the Kraken. Players who score the Kraken are the luckiest because they can win big, with five Krakens giving players 500 times their stake. The game also has a golden Kraken. It acts as the wild and scatter symbol for the game.

The game can get really fun when players trigger one or more of the special features. One of these is the Expand Win feature. This happens when players score a winning combination. The symbol that triggered the win expands. This can be a good thing. This is because it can potentially trigger more wins that are good news for the player, especially if the original win was a higher value symbol.

The game also has a nice bonus game feature. It is triggered when three or more of the Kraken symbol, whether ordinary or not is scored. Depending on the value of the Kraken, players can get the basic bonus game rewards to something extra. Players will get 10 free spins and an additional Kraken will be added to the reels before each spin. This makes it possible for the game to give out another set of free spins.

The game offers a maximum prize of 10,000 times a player’s stake for every free spin. Do give it a spin when it arrives at your favourite online casino.

Hurray! There is a competition going between users of our site!
You have to do nothing, but browse out site, and win a daily prize. Click here to read more.
You current ranking:
Time Left: 21h 55m 6s