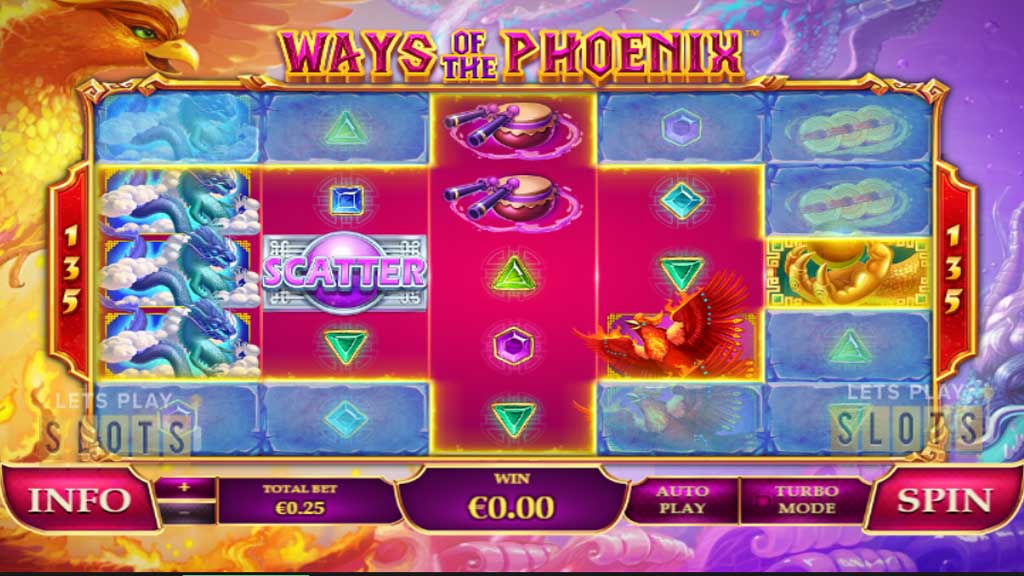 “Ways Of The Phoenix” Comes Courtesy of Playtech

Playtech has something new for slot game lovers this Christmas.

Their new slot ‘Ways of The Phoenix’ is now ready to wow players with its Chinese/Asian theme.

With the phoenix and dragon locked in mystical combat, it becomes the job of the players to score winning combinations that will tip the balance. This is yet another interesting slot from Playtech with some nice twists in the gameplay.

Ways of the Phoenix is five reel, five-row game. The Asian theme is obvious the moment players see the screen with the phoenix and dragon in combat.

The game features unique symbols for its winning combination. Gems are the various low paying symbols while the phoenix, dragon and others pay out more. The most valuable symbol is the phoenix which pays out 500 times the original stake if five are scored on a payline.

The game has a unique way of making each win an event called the Rising Kingdoms feature. In the beginning, there are only 45 ways to win. This is obvious in the way it is highlighted on the reels. When players win, the highlighted area gets bigger. After five successive wins, players will be able to access the entire screen, but a loss shrinks the possible ways of winning.

When the screen is fully unlocked, there are 3,125 ways to win. The great thing about this is winning combinations are earned no matter what position they are on the reel as long the reels each have that symbol. The only exception is the scatter symbol.

There are two special symbols that have a presence in the game. First, there’s the wild symbol. It acts like all other symbols except the scatter symbol. This makes it easier to score a winning combination for players.

Next, there is the scatter symbol. This opens up a new bonus game for players if they manage to score three or more of these symbols. Plus, scatter symbols will always score, even if they are not in the revealed part of the reels. With three scatter symbols, players will get eight free spins, while five scatters will give 50 free spins.

This is very important because, during these free spins, the unlocked paylines don’t go away. This means that players have a higher chance of winning. Players will also like the fact that scatters will also add more free games during the bonus games. Overall, Ways of the Phoenix is a fun game that brings unique gameplay to the table thanks to Playtech.

Hurray! There is a competition going between users of our site!
You have to do nothing, but browse out site, and win a daily prize. Click here to read more.
You current ranking:
Time Left: 6h 11m 19s