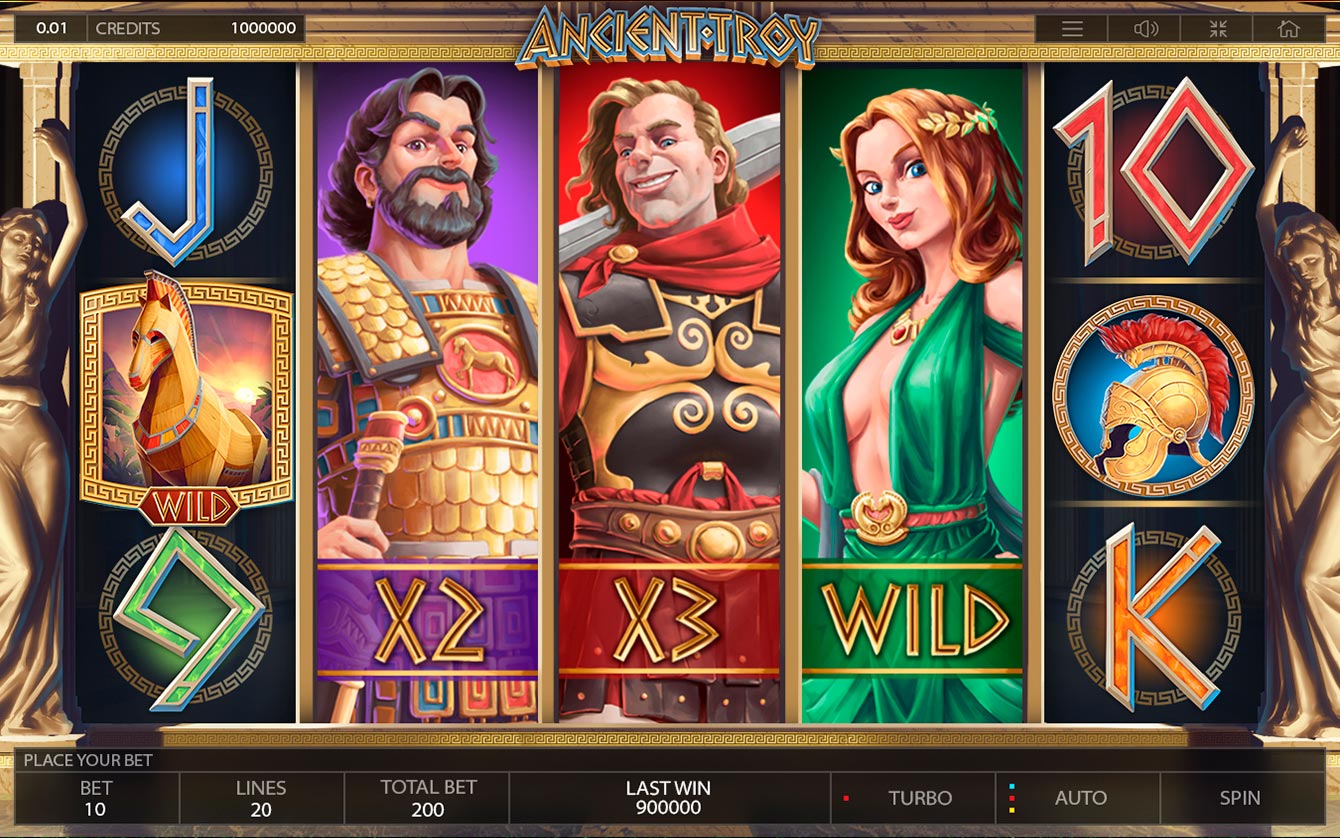 Ancient Troy is a modern classic slot by Endorphina, released in March 2019, that can be played in a mobile version as well as the desktop version. The game offers free spins with up to a x3 win multiplier, and a paytable that can produce huge wins already in the base game.

Ancient Troy is a classic slot through and through, and it’s played on a 5×3 board with 25 paylines, and it has a high variance paytable that awards you the most if you land a five-of-a-kind win. The theme is also one that classic slot players will enjoy, as the Greek mythology theme is depicted with Helen of Troy. I’ve played this game for an hour or two so I believe I can give a detailed opinion about it, and you’ll want to see what are the pros and cons before playing this game for real money. 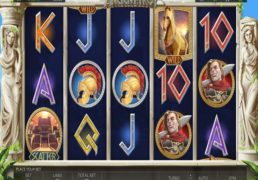 This classic slot game doesn’t pay often, but the paytable offers good prizes for five-of-a-kind, and they’ll already be decent in case of card symbols. There are ten normal symbols in the paytable, plus a Wild and a Scatter, and the five card symbols can already give you a win of up to 8x your bet. That’s when you land five Aces on a winning payline. Prizes for four-of-a-kind are much smaller, and three-of-a-kind wins will only give you a fraction of your stake back.

The five high-win symbols will give you 500, 600 or 800 coins for five-of-a-kind, which would mean you’re getting a prize from 20x to 32x your bet if your bet was 25 coins. You’ll get more if you chose fewer paylines but then the variance will increase. This is a good paytable that can produce some really nice wins, and the Wild will help, not only because it substitutes for all symbols but because it’s a paying symbol itself, with a prize of up to 1000 coins.

When you land three Scatters you’ll trigger the only bonus feature of the game, the 10 free spins with Troy Jokers. They land on your reels with x1, x2 and x3 win multipliers, so they’ll both help you get more winning paylines and will help you win more from an already generous paytable. With a x3 win multiplier, the maximum win on a single payline rises to 2400 coins or almost 100x your total bet if you played 25 paylines.

Ancient Troy slot has a theoretical return to player (RTP) of 96.00%, which means it’s a good choice for all classic slot players who are usually getting a much worse theoretical payout from the slots they play. This is a true classic slot, but one that pays well, and you can even increase an already high variance by playing a fewer number of paylines. 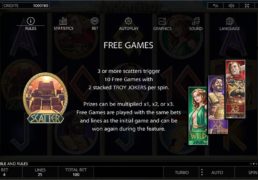 Ancient Troy doesn’t offer many features, but classic slot players don’t need these to begin with, they only need a chance to win big, with preferably high variance. That’s exactly what Ancient Troy offers, a bare bones gameplay with a decent paytable and a chance to land up to a x3 win multiplier. This is as good classic slot as any, and is a good choice for playing for real money.

Ancient Troy is a modern classic slot by Endorphina, released in March 2019, that can be played in a mobile version as well as the desktop version. The game offers free spins with up to a x3 win multiplier, and a paytable that can produce huge wins already in the base game.

Hurray! There is a competition going between users of our site!
You have to do nothing, but browse out site, and win a daily prize. Click here to read more.
You current ranking:
Time Left: 9h 44m 10s
Gambling is for 18+ though some countries may have other restrictions...Remember you should always Gamble Responsibly
We use cookies to ensure that we give you the best experience on our website. If you continue to use this site you agree to allow us to use cookies, in accordance with our Terms & Conditions.Agree & Close