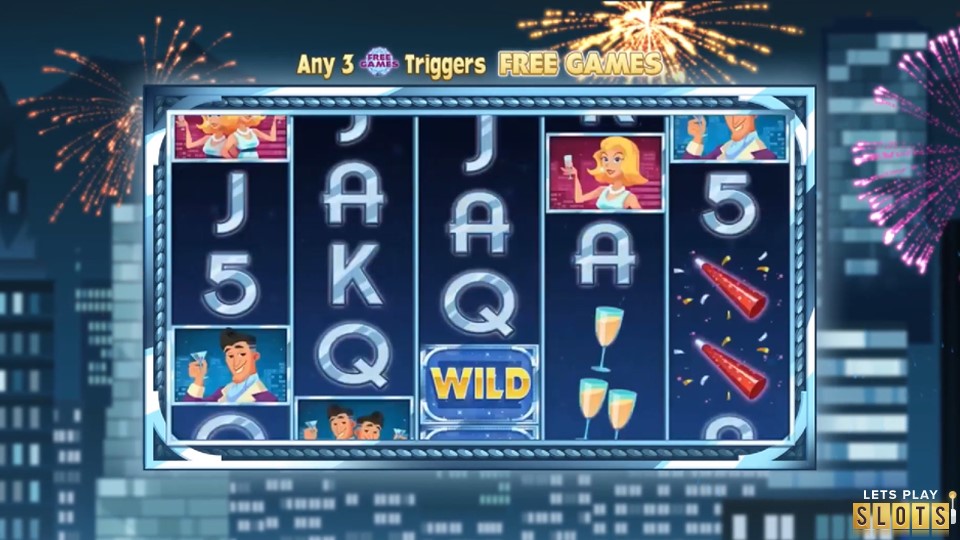 Make sure that you welcome the New Year in with some bling in this High 5 Games slot offering. It features a freespins round, scatter icons, wild additions and incorporates five reels and 40 pay lines.

Best Casinos to Play Bling in the New Year for Real Money : 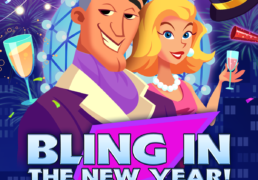 The New Year is always a time to celebrate, and perhaps you want to celebrate yours with a perfectly apt slot game. If that’s the case, then this offering from High 5 Games will assist you with doing just that. I was certainly attracted to this one, and who doesn’t like a little bit of bling on them? The game centres around those festivities for New Year, with fireworks going off in the sky and imagery on the reels that tell the story of a party taking place. I also enjoyed its inbuilt features, which I’ll move on to in a moment. 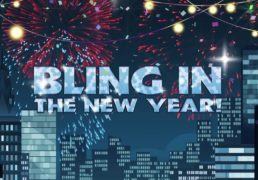 The design of this game is a little bit larger than standard video slots, featuring the same five reels but four rows. I was also quite pleased to see that the game has 40 pay lines in action across this setup. You’re able to adjust your bet per spin easily enough as well, choosing between coin values of €0.01 and €1. With the bet multiplier, your wager can increase up to a maximum of €50 per spin.

Symbols appearing on the reels will take you straight into the party at the turn of the New Year, with streamers, party poppers and various party guests showing up as symbols. They’re all toasting the New Year with a glass of champagne and, by the looks of it, having a great time celebrating. These symbols are joined by the standard playing card additions of A, K, Q, J, 10 and the number 5, for a reason that is unknown to me. 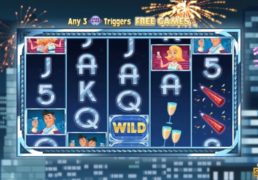 The first of the extra additions to this slot game is the wild symbol, which is present in the form of the word, ‘WILD”. What’s even better about this symbol, for me, is that it appears in stacks, and therefore gives you the chance to create a larger number of winning combinations.

The scatter symbol that appears on the game’s reels is the one that has the words “Free Games” written on it. You’ll need to collect three or more of these scatter symbols on the reels in order to activate the freespins round. You’ll be given six of these to start off with, but if you spin additional scatter symbols into view, you’ll be granted extra freespins on top.

Although it’s true that this game isn’t over-run with special features, I still enjoyed playing it. In actuality, I played it at the very start of the year, and it really did help me to celebrate the New Year in my own way. High 5 Games have incorporated some high-quality graphics into it and the overall theme makes for a thoroughly appealing game.

Make sure that you welcome the New Year in with some bling in this High 5 Games slot offering. It features a freespins round, scatter icons, wild additions and incorporates five reels and 40 pay lines.

Hurray! There is a competition going between users of our site!
You have to do nothing, but browse out site, and win a daily prize. Click here to read more.
You current ranking:
Time Left: 14h 18m 33s