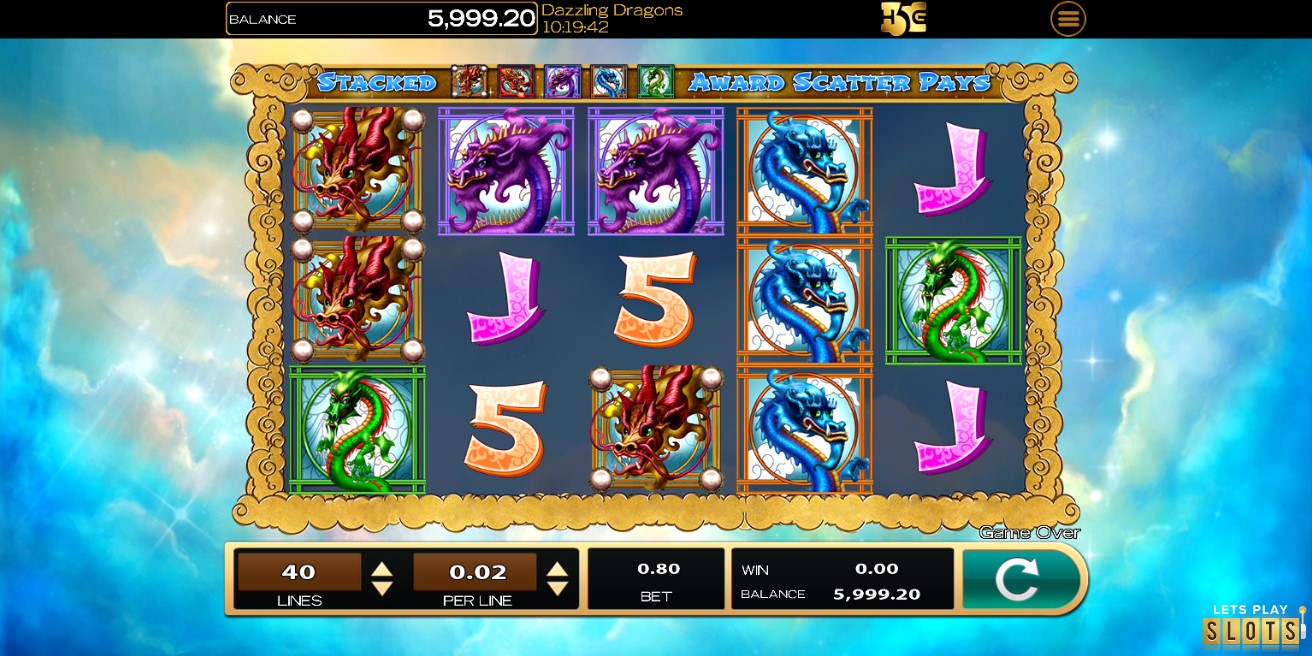 These dragons are set to dazzle you once they get into stacks. Then again, wouldn’t you be dazzled by a dragon if you ever saw one anyway? High 5 Games provides the Dazzling Dragons slot offering, which features 40 Paylines, stacked symbols and a Free Spins round. 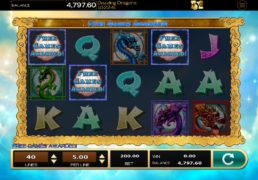 When I started playing Dazzling Dragons, I wasn’t sure if I would like it. That’s not to say that it isn’t appealing, because High 5 Games has added some intriguing graphics and base gameplay to enjoy. It was only once the special features kicked in that things got more exciting with it though. The music that plays whenever you spin the reels is a little bit annoying, speaking personally. However, overall, it makes for a nice slot offering from this developer. 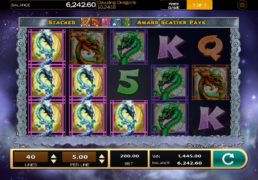 Dazzling Dragons has a standard video slot layout of five reels and three rows, and the developer has chosen to add 40 pay lines into the game for you to bet on. These aren’t customisable, despite there being arrows next to the “Lines” box. On the other hand, the bet that you place on these lines is something that you can change. The game offers bets of between €0.02 and €5 per line, meaning that the maximum bet stands at €200 per spin.

The lower-paying symbols on this slot’s reels are made up of the green 5, blue J, orange Q, purple K and pink A. The latter two of these can multiply your stake by up to times 10. Five dragons can then be seen on the reels as higher-paying icons. The largest of these can reward you with up to 125 times your wager. 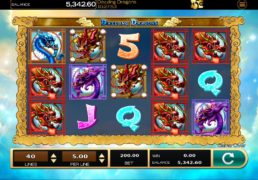 The best feature of Dazzling Dragons for me, is the inclusion of the freespins round. During the base game, if three or more of the moon symbol show up in any location, this will begin. You’ll receive seven, 15 or 50 freespins, depending upon the number of scatter symbols in view.

The other feature that comes into play in Dazzling Dragons is the scatter stacks. All of the dragon icons can show up in stacks across all reels. And if two or more of the reels are covered by stacks of dragon icons, you’ll receive a scatter pay-out. From this, you’re able to receive up to 250 times your total bet as a reward! Stacks appear more frequently in the freespins round, too.

I have to say that I do like the Dazzling Dragons slot game. It has intriguing special features, especially in terms of its freespins with increased stacked symbols. Of course, there’s a number of slots out there that already feature the dragon theme. Does this High 5 Games offering compete with them on a high enough level? Potentially not. But it still makes a nice addition to this developer’s selection of slots.

These dragons are set to dazzle you once they get into stacks. Then again, wouldn’t you be dazzled by a dragon if you ever saw one anyway? High 5 Games provides the Dazzling Dragons slot offering, which features 40 Paylines, stacked symbols and a Free Spins round.

Hurray! There is a competition going between users of our site!
You have to do nothing, but browse out site, and win a daily prize. Click here to read more.
You current ranking:
Time Left: 1h 57m 40s