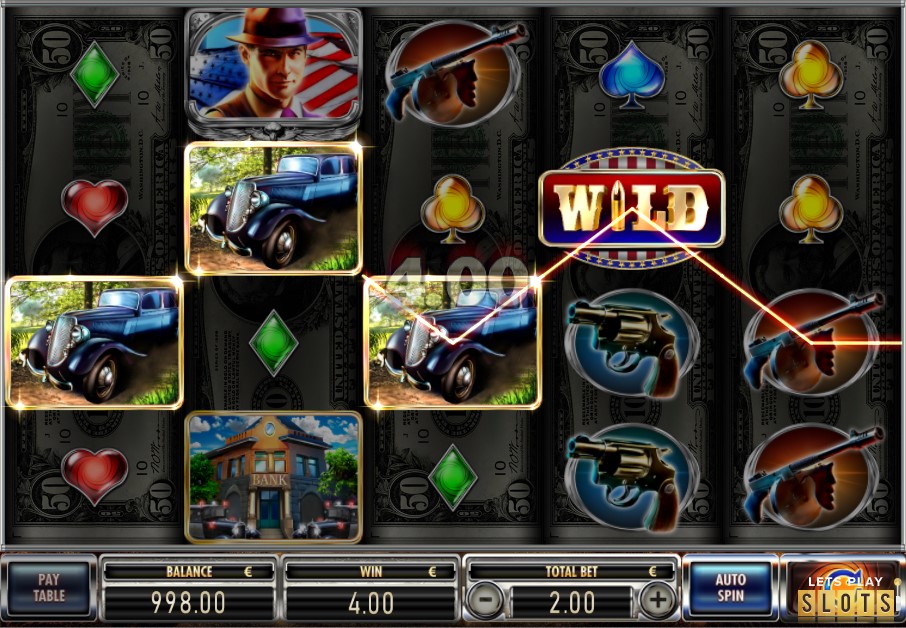 We all know the story about Bonnie & Clyde, right? Well, now you can relive that tale in this slot from Red Rake. Featuring wonderful graphics, a Free Spins round, Wild symbol, plus unique operating symbols of the titular characters.

For anyone who wasn’t aware before, Bonnie & Clyde were two American criminals who travelled around the USA with the Barrow Gang, robbing people and also killing if they were ever confronted about such. Both were eventually killed by law officers in Louisiana, and thanks to Red Rake, you’re able to relive the story of their criminal activities via this slot game. Bonnie & Clyde is certain to entertain you from start to finish. 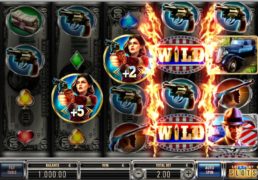 The main game of this slot features a layout of five reels and four rows in total, which makes it quite the nice size for gaming on. Across this layout, the developer has chosen to add a selection of 50 paylines that you can bet on. Speaking of which, you’re able to change your wager on these lines between €0.20 and €50 per spin. I also enjoy the fact that there’s an Auto Spin function available to use, too.

The symbols that appear upon its reels start with playing card suit additions – the green diamond, the yellow spade, the blue club and the red heart. Then comes the gun, which can pay out up to €300 altogether. There’s a stack of bank notes as another symbol, while a tommy gun also makes up another. The famous car of Bonnie & Clyde can also be seen on the reels, while the highest-paying icon is that of the bank. This one can reward you with up to €500.

While spinning, you may also see a wild symbol coming into view on reels two, three and/or four. This one will substitute for other standard symbols on the reels, giving you stronger chances of forming winning combinations. 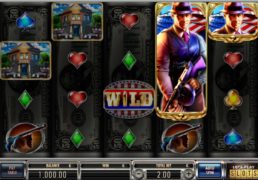 I’m thoroughly impressed by the inclusion of both titular characters from this slot. Both of their symbols ensure that something different takes place in the game. Bonnie can show up on all the game’s reels and sometimes, she’ll have a number of up to +50 displaying, too. These numbers represent additional free spins. You see, when you spin three or more Bonnie symbols into view anywhere, the free spins round starts. The special bonus Bonnie symbol being on the reels at the time of activation will add extra free spins onto the total.

Clyde, on the other hand, acts as a hugely beneficial icon. He will pay in combinations from left to right or right to left, multiplying your wager by up to 750x over. He can also expand to cover more than one row. 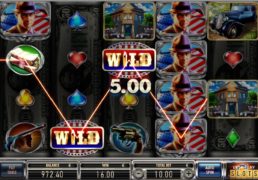 Bonnie & Clyde is just one of those slots that I think everybody should try playing. The graphics are awesome to begin with, but the special features that the two main characters provide to the game make it ever more entertaining. This makes a great addition to the Red Rake collection of slots.

We all know the story about Bonnie & Clyde, right? Well, now you can relive that tale in this slot from Red Rake. Featuring wonderful graphics, a Free Spins round, Wild symbol, plus unique operating symbols of the titular characters.

Hurray! There is a competition going between users of our site!
You have to do nothing, but browse out site, and win a daily prize. Click here to read more.
You current ranking:
Time Left: 19h 56m 4s