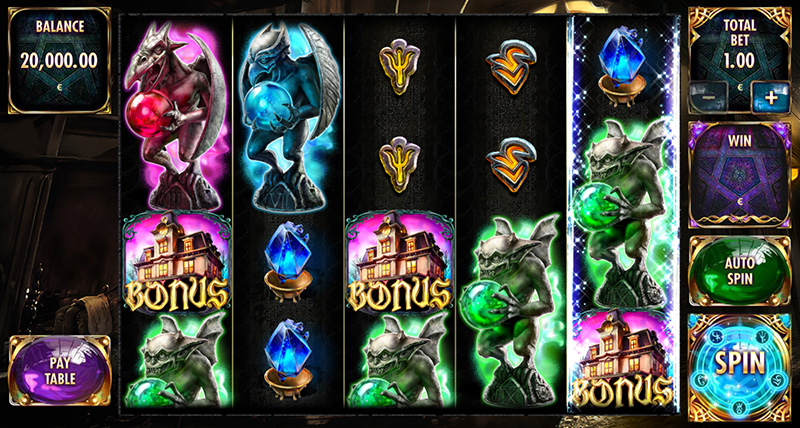 Magic Wilds is a magic-themed slot by Red Rake Gaming that will give you lots of magic, occult and even scary symbols, and fully stacked Wilds can get magically replicated to other reels! The game literally grows during the free spins as the board can reach 8×5 with 100 paylines!

Magic Wilds was released by Red Rake Gaming in November 2018. I’ve played it for a few hours to see what’s it all about, and it’s a decent slot game that has a theme many players will enjoy. The slot game is somewhat let down by its relatively low theoretical payout, and isn’t perfect in the technical sense either, but it will do if you’re looking for a slot with this theme to play. Let’s go through the pros and cons of this game to see if you should. 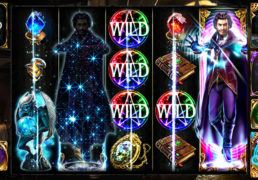 Magic Wilds has a theme that’s about magic but it also goes astray into the occult, and it has some gargoyles and pentagram in a colorful theme that looks much better on desktop than it does on mobile due to the intricate detail of the symbols. There are three Gargoyles and these are the best-paying normal symbols in the game as they pay 5x your bet for five-of-a-kind. There are four low-paying symbols which pay 1x for five-of-a-kind, and five more symbols in between, for a total of 12 symbols that aren’t really that generous. Wild will pay 15x your bet if you land all five. There is also a Scatter and the Magician symbol, for a total of 15 symbols in the game. 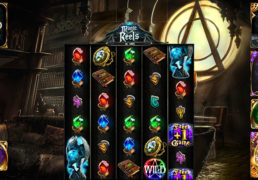 The free spins feature is triggered when you land all three Scatters, and they appear on reels 1, 3 and 5 only. Now, the free spins feature does indeed have some magic, as the reels will grow randomly and they can reach a whopping height of 8 symbols! At that point, you’ll be playing a 8×5 slot game with 40 symbols on the board and 100 paylines. During the feature, the fifth reel contains Scatter +1 symbols which grant an additional free spin every time you land one. 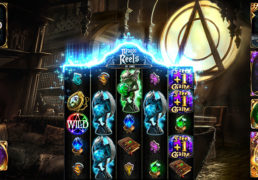 Theoretical return to player (RTP) is 95.30%, which is just barely enough to take this game seriously as modern slots usually have at least 96%. If you’re prepared to let go of a portion of RTP to enjoy the bonus features of this game, then go ahead and play Magic Wilds. It’s not a bad game at all, it just pays a little less in the long run. The chance to win big is still here, and you’ll win big if you’re lucky with the random number of Magicians in the Astral Projection feature. The free spins game can also pay a big win, but it does it at a slower pace as the paytable isn’t very good and there are no win multipliers during the feature.

Magic Wilds is an interesting slot game for those who love magic-themed slots, and it doesn’t disappoint with the theme and the graphics. Whoever loves magic will love this slot game. Magic Wilds also has the potential to issue a big win, but it’s best to consider this slot a fun pastime and not something you’ll make money on. Just spin the reels and have fun with these magic and occult symbols. There aren’t that many games with reels that grow during the free spins, so it’s worth playing Magic Wilds just to see this in action.

Magic Wilds is a magic-themed slot by Red Rake Gaming that will give you lots of magic, occult and even scary symbols, and fully stacked Wilds can get magically replicated to other reels! The game literally grows during the free spins as the board can reach 8×5 with 100 paylines!

Hurray! There is a competition going between users of our site!
You have to do nothing, but browse out site, and win a daily prize. Click here to read more.
You current ranking:
Time Left: 20h 24m 37s
Gambling is for 18+ though some countries may have other restrictions...Remember you should always Gamble Responsibly
We use cookies to ensure that we give you the best experience on our website. If you continue to use this site you agree to allow us to use cookies, in accordance with our Terms & Conditions.Agree & Close