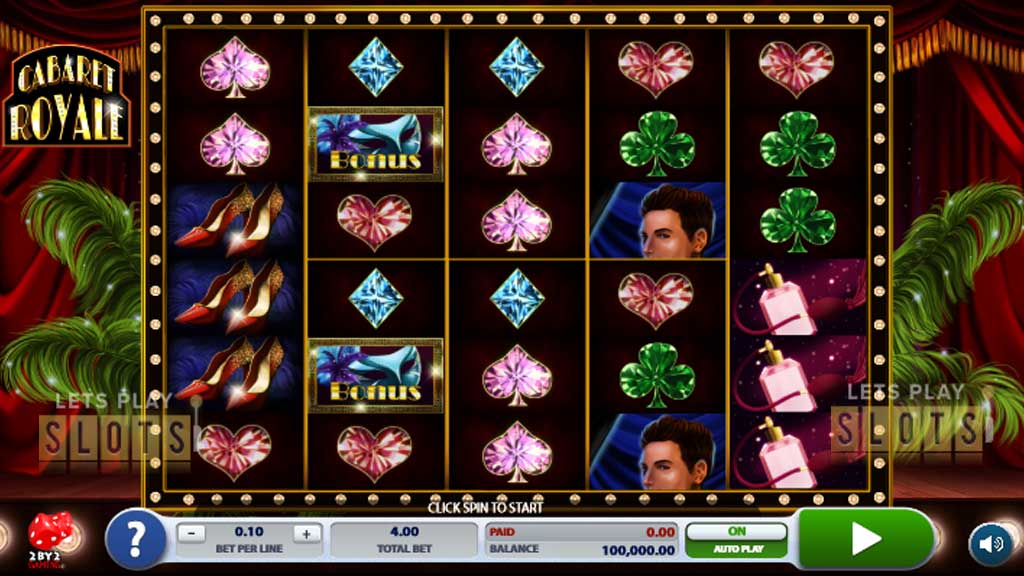 The cabaret is about to take place and you’re invited to the show. Cabaret Royale will provide you with nothing but entertainment, and 2 by 2 Gaming has made sure to include features like the Scatter Win, the Wild Feature and more.

Have you ever attended a cabaret in real life? Well, even if you have, you can pretty much bet that it wasn’t quite as entertaining or anything like this 2 by 2 Gaming slot Cabaret Royale. I had a thoroughly enjoyable time while playing the slot, which contains some good graphics, entertaining gameplay and additional inbuilt features to ensure that you have a great time. It’s also got quite an interesting layout as well, which I also enjoyed about the game. 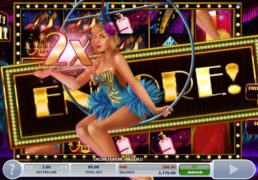 Speaking of the slot’s layout, you’ll get to see five reels on display, which is quite standard, although a separation of these determines that there is actually eight reels. However, it’s got a strange set of rows. Initially, I thought it had six rows, but there’s also a line running across the middle of the central three reels, which seems to separate them. Across this layout, Cabaret Royale also has a total of 60 paylines in action for you to bet on, which are fixed in place. You do have the option of changing your overall wager though. Values between €0.01 and €2 per line allow you to place a maximum bet of €80 per spin.

The graphics that are on display in Cabaret Royale aren’t quite up to the standard of some other games, which was a little bit disappointing for me. They’re not specifically bad, but lack that crispness that other slots provide. The first of the game’s symbols are those of the playing card suits, with the spade and the heart able to pay out up to €120. Then comes a green hat symbol and a perfume bottle, both able to reward you with up to €160. A pair of red shoes as a symbol is next, while the chandelier is also an addition to the reels. Finally, the male and female guests each operate as separate symbols, with the latter able to pay out up to €800. 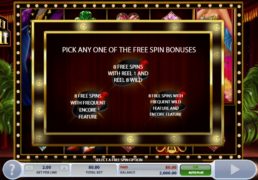 There’s a wild symbol in this game, which is that of the cabaret girl. This will substitute for all other icons, except for the scatter. A full stack of wild symbols can also appear on the first reel and the fifth reel, which is determined as the eighth reel in the game’s paytable. If this does occur on either reel, it will be copied to the other remaining reel, meaning that both reels become entirely wild.

The scatter symbol is that of the cabaret mask and this one can show up on all of the central reels, of which there are actually six. Scatter symbols can provide a pay out wherever they show up, as long as three or more are visible.

The game features its own free spins round, which activates after the appearance of three or more scatters. Up to 15 free spins are available to play through and there are three different variations of the round to select from at the beginning.

Cabaret Royale also hosts something called the Encore Feature, which can activate during both free spins and base gameplay. This multiplies any win by two times during main gameplay. Yet, during free spins, it can multiply up to times four. 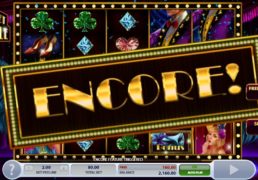 Despite the fact that I’m not altogether so keen on the graphics from 2 by 2 Gaming in this slot, there’s something that’s still quite appealing about it. Perhaps it’s the inclusion of such appealing and almost unique bonus features. Whatever the case may be, Cabaret Royale still has enough inbuilt features and perks to ensure that gamers are entertained.

The cabaret is about to take place and you’re invited to the show. Cabaret Royale will provide you with nothing but entertainment, and 2 by 2 Gaming has made sure to include features like the Scatter Win, the Wild Feature and more.

View all 2 By 2 Gaming Games

Hurray! There is a competition going between users of our site!
You have to do nothing, but browse out site, and win a daily prize. Click here to read more.
You current ranking:
Time Left: 18m 43s