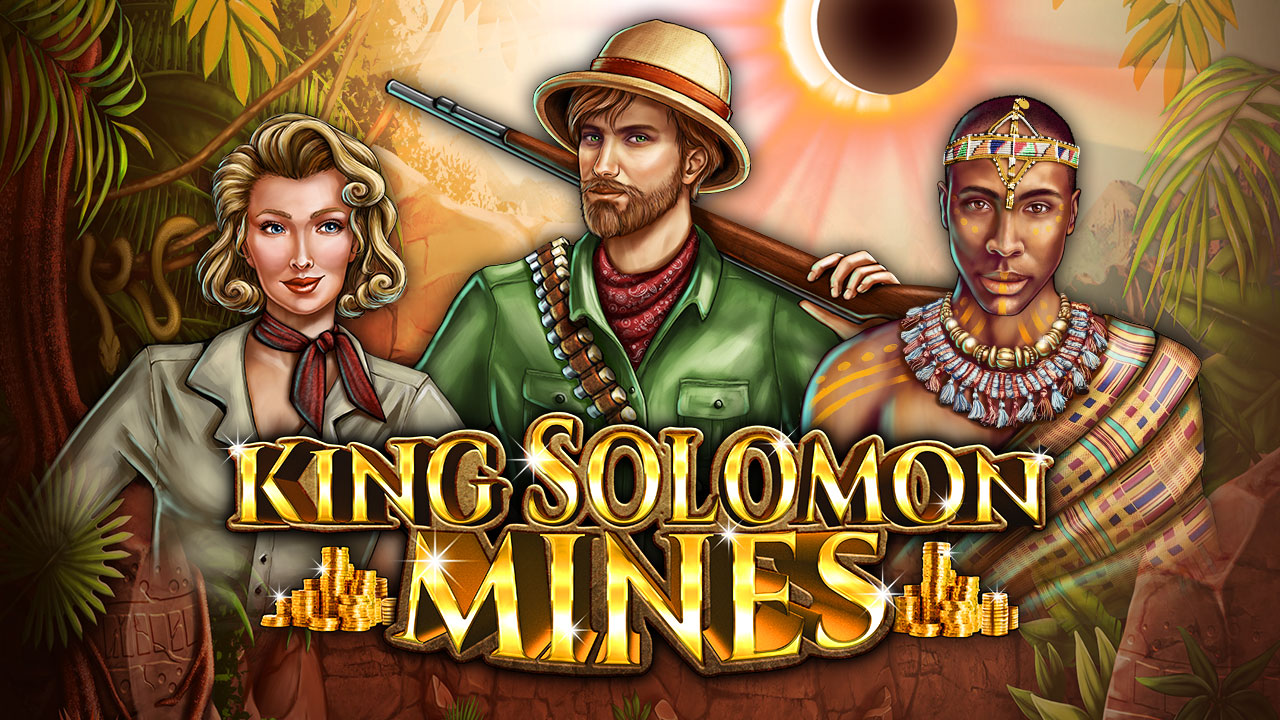 King Solomon Mines is a 2by2 Gaming release from February 2019, and it’s a classic slot with 25 fixed paylines, high variance, a generous paytable and three different free spins bonus features. The maximum win on any single spin is 25,000 coins or 1000x your bet.

King Solomon Mines is as classic as slots can be, at least if you look at the theme and graphics that look like they’re from some other age. Some players might actually enjoy the opportunity to play a modern slot that looks retro, and if that’s you then you might consider playing King Solomon Mines. I’ve played it for some time in order to be able to write a review, and it turns out it’s a decent slot game with some features that make it a lot of fun to play. 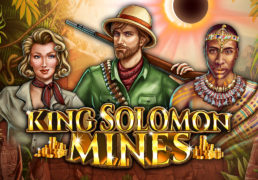 There are ten symbols in the paytable, and, most importantly, the best symbol really pays a nice prize of 1000 coins for five-of-a-kind, which is actually 40x your bet since you’re playing 25 coins for 25 paylines. There are two more high-win symbols, and they pay 400 and 250 coins respectively, again a decent prize. The five card symbols and the two medium-win symbols fall in the same range of 50 to 150 coin prizes, so they aren’t worthless but aren’t the symbols you’ll be expecting to land on your spins. There is also a Wild symbol that appears on reels 2 through 5, and a Scatter that can land on any reel.

On any random spin, a Solar Eclipse may occur and the player will be awarded one of the three bonus features. Wild Vines feature will mean Vines will grow on the reels as they’re spinning, and will lock one or two of the middle three reels, turning them Wild. Wild Arrows feature will put some Wild symbols on your reels. Symbol Eclipse feature will hide random symbols with an Eclipse and will then replace them by a mystery symbol.

Free spins feature is triggered by Scatters, and you’ll get 8, 12 or 16 free spins for three, four or five Scatters respectively, and will then get to pick one of four cave doors to determine a bonus feature that will be active throughout your spins. You will either get Wild Vines, Wild Arrows or Symbol Eclipse active on every free spin, or will have one of the three active on every spin. The free spins feature can be re-triggered randomly with a Solar Eclipse, which then awards 5 extra free spins.

Theoretical return to player (RTP) of King Solomon Mines hasn’t been officially released, but we may assume it’s a good one as 2by2 Gaming almost exclusively release slots with RTP of 96.xx%. They do have some titles with RTP around the 95.00% mark too, so King Solomon Mines most likely falls into one of these two categories. Variance seems to be medium, not very high, and the chance to land a big win is there.

Finding where to actually play King Solomon Mines might be a challenge as this game didn’t seem to gain any traction with the online casinos, but if you do find a place where you can play it, it would make sense to do so. The paytable can award wins of decent size, and the three bonus features are really fun, and on the plus side they can get triggered in the base game anytime. This is a classic slot, but those three bonus features put the fun in it and make it different than other classic slots.

King Solomon Mines is a 2by2 Gaming release from February 2019, and it’s a classic slot with 25 fixed paylines, high variance, a generous paytable and three different free spins bonus features. The maximum win on any single spin is 25,000 coins or 1000x your bet.

View all 2 By 2 Gaming Games

Hurray! There is a competition going between users of our site!
You have to do nothing, but browse out site, and win a daily prize. Click here to read more.
You current ranking:
Time Left: 15h 47m 31s