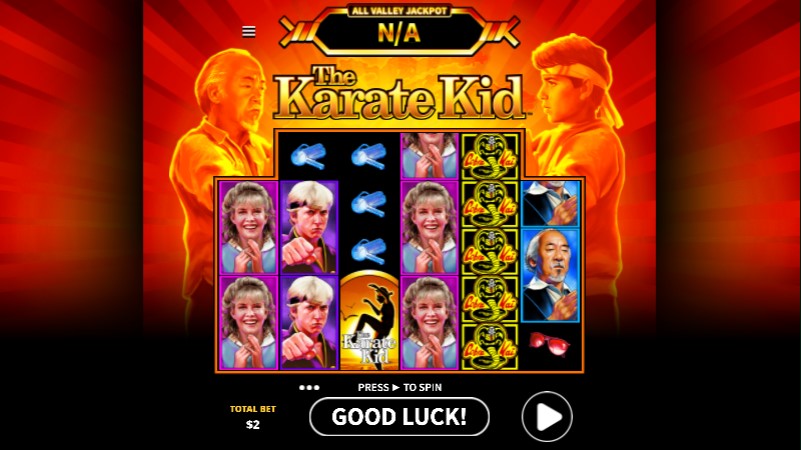 Exactly 35 years after the movie The Karate Kid was released, Skywind Group released a slot game based on it, and it’s a little gem of a game. There’s a progressive jackpot to be won, there are four different versions of the free spins feature, five random bonus features, and all the characters from the movie are here!

Best Casinos to Play The Karate Kid for Real Money : 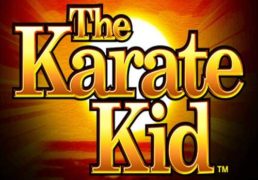 Although some players may be surprised to see such poor graphics, it is in fact appropriate, a retro-style slot game based on a 1984 movie. It looks perfect – as if you’re in the actual year playing the slot game based on the movie that just came out and took the world by storm. Perfect.

The five main characters from the movie are all here, and all can land stacked. Daniel and Mr. Miyagi are the best two symbols, with 100 coins for five-of-a-kind. The other three high-win symbols pay 75, 50 and 50 respectively, and then the paytable descends to symbols that pay either 25 or 20 and all represent various items from the movie – and it’s not the obvious ones.

There are five random bonus features that can be triggered on any spin and they are called Miyagi-do Taster Features. The first one, Fight!, scattered Sun symbols appear and if you land 10 or more you trigger the Tournament Respin feature. Crane Kick! will trigger All Valley Championship Pick feature if you land at least one The Karate Kid Logo symbol. Banzai! will merge reels 2 and 3, and reels 4 and 5 to form two super reels. Wax On, Wax Off! will add random Wild Cobra Kai symbols. Paint The Fence! will have one or more reels become Wild. 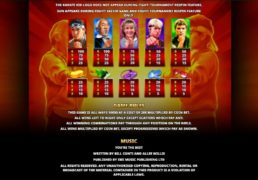 Three or more scattered The Karate Kid Logo symbols trigger the All Valley Championship Pick feature. You will select from 19 tournament logos until you reveal three matching feature names, and that’s the one that will be triggered.

Confusingly, the names of the features match the Taster Features but these are mostly – not exclusively – free spins games. Crane Kick!, Banzai!, Wax On, Wax Off! and Paint The Fence! are free spins games with 8 free spins awarded. In addition to this, there is just one other feature you can win, and that is the Tournament Respin feature.

The Tournament Respin feature is played on a 10×4 grid with the bottom five rows corresponding to the triggering reels. The feature begins with 3 re-spins remaining, and you need to land at least one Sun symbol to reset the counter to 3. Different variations of rows filled with Sun symbols bring different prizes, and these range from 2000x coin bet to 100,000x coin bet. If the entire 10×4 grid is filled with Sun symbols, you win the All Valley Jackpot.

The jackpot seeds at €500,000 and every bet made in The Karate Kid slot contributes to the jackpot with 2% of the stake.

Theoretical return to player (RTP) is good, 96.02% total, or 94.02% for the game if you ignore the progressive jackpot. But not even that RTP would be bad, as classic slot players usually accept even lower RTPs, so why not try this one? This is a good game with a progressive jackpot on top.

It might be a bit challenging to find an online casino that has this particular slot game, but it’s a great officially licenced slot that will probably mostly be played by fans of the original movie. For everyone else, there’s a reason to watch all the movies from the franchise, five of them, as well as the currently running Cobra Kai series with Ralph Macchio.

Exactly 35 years after the movie The Karate Kid was released, Skywind Group released a slot game based on it, and it’s a little gem of a game. There’s a progressive jackpot to be won, there are four different versions of the free spins feature, five random bonus features, and all the characters from the movie are here!

Hurray! There is a competition going between users of our site!
You have to do nothing, but browse out site, and win a daily prize. Click here to read more.
You current ranking:
Time Left: 7h 35m 24s
Gambling is for 18+ though some countries may have other restrictions...Remember you should always Gamble Responsibly
We use cookies to ensure that we give you the best experience on our website. If you continue to use this site you agree to allow us to use cookies, in accordance with our Terms & Conditions.Agree & Close