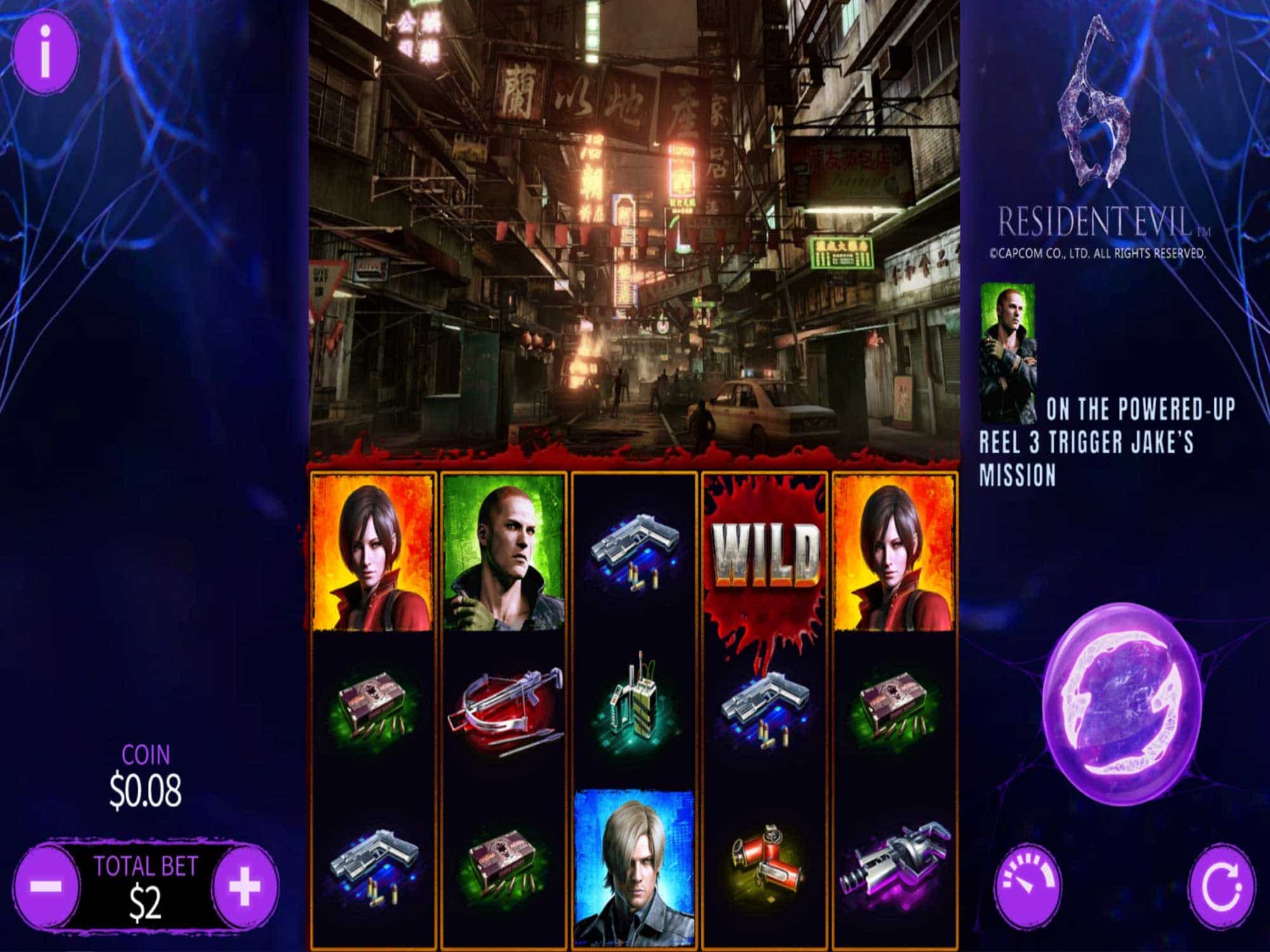 Resident Evil 6 is an officially licenced movie-themed slot game by Skywind Group, released in June 2019. The game is a tight classic slot with an innovative way to trigger one of the four features, three of which are free spins games, with 6 free spins and different Wilds.

The game is played on a standard 5×3 board, and above your reels you also see a movie-like scene of a demolished city, which will show various cutscenes when you land a big win. The game has 25 paylines and your bet per payline can range from €0.01 to €10, so the total bet can range from €0.25 to €250, giving players a very large range to work with. 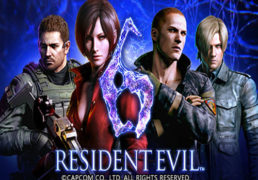 The main cast of characters – Ada, Chris, Jake and Leon – will appear as a stacked symbol if you land more than one symbol on the same reel. Most commonly they’re two rows high though they do appear as a single symbol as well.

Wild is a paying symbol and is the best one in the game, with a 3,000 coin prize for five-of-a-kind. Ada pays 1,500 and the next three characters pay progressively worse, all the way down to 200 coins, which is already a rather low level. There are six more medium- and low-value symbols. There’s no way to make money with a three-of-a-kind win, while four-of-a-kind wins are more generous and will get you from 40 to 200 coins in case of four main characters. It’s not a bad paytable and it offers many routes towards landing a good win. 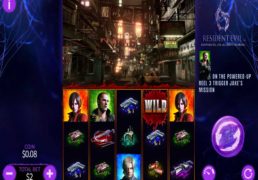 Scatter is stacked and you need to land it fully on reel 3 in order to have a chance to trigger the missions. Reel 3 will become powered up for the next 3 spins, and during those 3 spins you need to land one of the four main characters full on the powered-up reel 3 to trigger the respective mission. Scatter does appear on reels 3, 4 and 5, but only on reel 3 it can lead you towards the bonus round while in other cases you’ll just get a cash win.

Theoretical return to player (RTP) of Resident Evil 6 is only 95.03%, which puts the game in the classic slots territory, and it actually is one. This is a simple 5×3 game with free spins bonus rounds that revolve around Wilds, and although the game was released in 2019 it might as well have been released at least five years earlier. This is one of those slots in which your balance will be decreasing continously – until you land a big win. That’s when it will all be worth it and you’ll also get to witness a stunning video scene.

Depending on your criteria, Resident Evil 6 can be a decent slot game or a game that doesn’t belong in the year it was released in. The theoretical payout and the win frequency are poor, and modern games are much better at masking their house edge than Resident Evil 6. It’s definitely a game for those who are willing to wait for that mega win to bring their balance back to positive, but it’s not a bad title for a small developer that is known for branded slots such as Rambo, CSI or Karate Kid. You might just become a fan. You’ll find Resident Evil 6 and those other slots in online casinos that feature Skywind Group.

Resident Evil 6 is an officially licenced movie-themed slot game by Skywind Group, released in June 2019. The game is a tight classic slot with an innovative way to trigger one of the four features, three of which are free spins games, with 6 free spins and different Wilds.

Hurray! There is a competition going between users of our site!
You have to do nothing, but browse out site, and win a daily prize. Click here to read more.
You current ranking:
Time Left: 23h 27m 51s
Gambling is for 18+ though some countries may have other restrictions...Remember you should always Gamble Responsibly
We use cookies to ensure that we give you the best experience on our website. If you continue to use this site you agree to allow us to use cookies, in accordance with our Terms & Conditions.Agree & Close