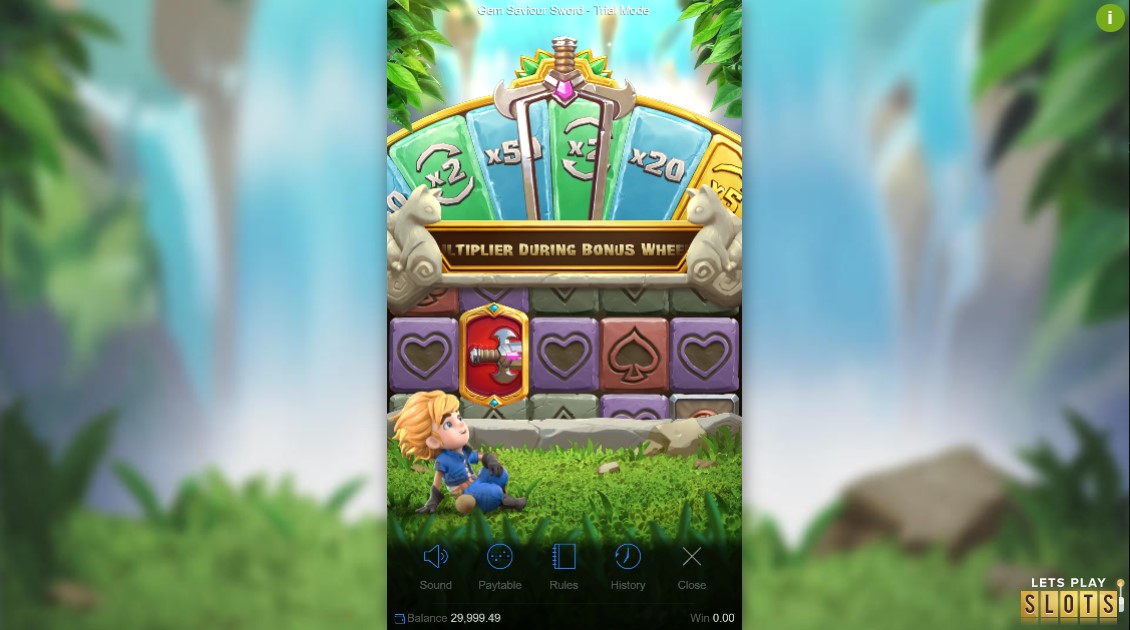 Play this unique take on an online slot game, which has been designed for mobile gamers. Gem Saviour Sword brings the medieval fantasy theme to life, with a Bonus Wheel Feature, Cat Respin Feature and more included. 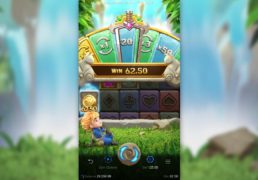 It’s clear that mobile gaming is taking the casino industry by storm, and PG Soft is certainly looking to capitalise upon that with Gem Saviour Sword. It’s been designed with mobile gameplay in mind, meaning that it actually fits best to a smartphone or tablet screen. That doesn’t stop it from having an intriguing theme, high-quality graphics and entertaining gameplay, though. To put it simply, it’s one of the highest quality mobile gaming experiences that I’ve ever had. 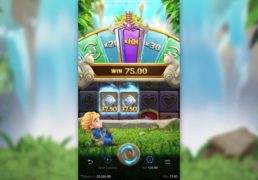 The main game proceeds onwards with a total of five reels as is quite normal. I was a little bit surprised initially to find out that it only has a single row, but that doesn’t take away from the entertainment value of Gem Saviour Sword. Your bets are changeable by using the “$” button at the bottom of the screen, with coins available between €0.03 and €1.25. You can then change the bet level between one and 10 to make a maximum overall wager of €125 per spin.

Visually speaking, the reels feature some impressive symbols, all of which have a very medieval design and feel to them. The first four of them are the playing card suits, while they’re followed on by a bronze, silver and gold coin. There are also gemstones on the reels, such as the emerald, the sapphire and the ruby, while the diamond and the star provide the highest paying standard icons. The latter of these can reward you with a pay-out of up to 150 times your wager. The playing card suit icons do not provide any kind of pay-out, but any paying symbol that shows up on any reel will pay out a reward to you. 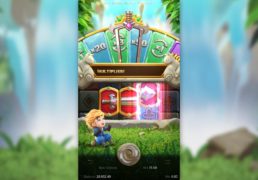 One of my favourite parts about this game is the Bonus Wheel Feature. You’ll be able to see this spinning at the top of the reels all the time. If you manage to align the three sword symbols up on the second, third and fourth reels, this feature round begins. You just need to take a swipe on the Bonus Wheel itself to play this round. The wheel can stop on a multiplier amount and this will then multiply your bet amount as a reward for you. It can also stop on a multiplier re-spin, which will set the reels off spinning again and the multiplier will be applied to the win. There is a guaranteed win with this, so you won’t see any of the playing card suit symbols.

The other feature of this game is the Cat Re-Spin. I was able to trigger this once or twice, and it happens when one or more of the cat symbols show up on reels two, three and/or four. All of the cat icons on the reels will then re-spin to reveal a randomly selected symbol that isn’t one of the playing card suit symbols.

For someone who generally prefers playing desktop slot games, I thoroughly enjoyed the Gem Saviour Sword offering from PG Soft. The graphics are great, the gameplay is entertaining, and the special features make it all the more appealing. Who would have thought that such was possible from a slot with a single row in action?

Play this unique take on an online slot game, which has been designed for mobile gamers. Gem Saviour Sword brings the medieval fantasy theme to life, with a Bonus Wheel Feature, Cat Respin Feature and more included.

Hurray! There is a competition going between users of our site!
You have to do nothing, but browse out site, and win a daily prize. Click here to read more.
You current ranking:
Time Left: 14h 20m 17s