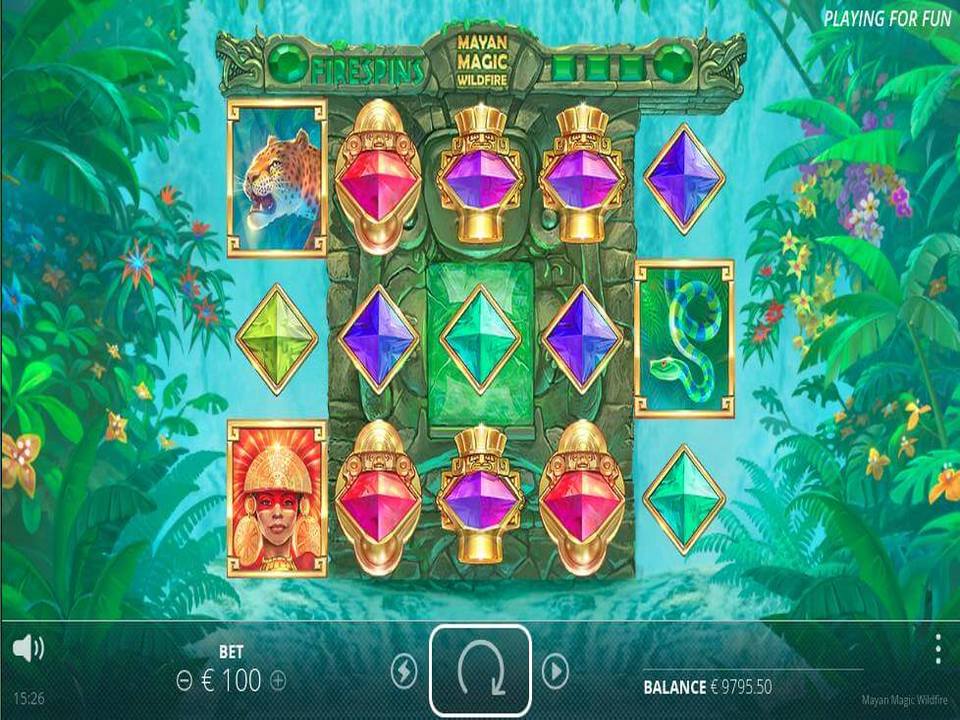 Mayan Magic Wildfire is a Nolimitcity slot game with a Mayan theme. It’s a 5×3 slot game with three interesting features, one of which is a re-spins feature that replaces the free spins, which don’t exist in this game. The slot game was released in June 2019.

You set up the game easily by choosing your bet on the main console, and it can range from €0.10 to €100. You only pay 10 coins to play the 10 fixed paylines, but they pay both ways so you’re getting a lot of value from this game before you even clicked the Spin button. 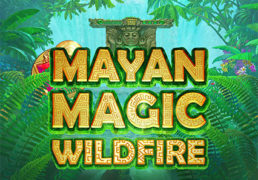 The main game is all about waiting for the bonus features, either the two random ones or the one that’s triggered when you land a Wild on the middle three reels. The paytable is quite good though, and you might just get some mega win in the main game. The best symbol pays 20x your total bet for five-of-a-kind, and there are four more high-win symbols. The five Gems aren’t that bad either, as the prizes for five-of-a-kind range from 5x to 7.5x. This does come at the expense of the win rate not being very high, but most players prefer to wait for the big win anyway, rather than getting a small one. 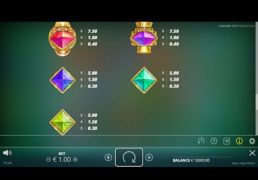 Wilds are a big part of this game. Wilds may only land on reels 2, 3 and 4, and whenever you land at least one Wild on the middle three reels you’ll get a Wild in the centre position on the board, it will stick, and then you’ll be granted a re-spin with the Wild(s) held. If you land another Wild during the re-spin you get another re-spin, and the win multiplier will increase by one for every third Wild. So, if you land three Wilds total you’ll have a x2 win multiplier on your next re-spin. This feature is replacing the free spins game as there is no such thing in Mayan Magic Wildfire slot, and different reel configuration is used during re-spins compared to the base game.

Mystery Sync and Mystery Wild are randomly triggered on any spin. Mystery Sync will synchronise the middle three reels so each of the three reels will be showing the same symbols, and Mystery Wild will make a symbol that lands on the central position on your board a Wild, and all other instances of that symbol on three middle reels will also transform into Wilds. Mayan Wilds feature will be activated as well.

Theoretical return to player (RTP) of Mayan Magic Wildfire is 96.04%, which is in line with modern standards, and guarantees the game isn’t here to rob you of your money but you can play it and enjoy it. Variance seems to be medium as the game doesn’t go into low- or high-variance territory. The re-spins feature, since it’s being triggered often, represents probably better value than a traditional free spins feature, and it definitely has lower variance since you don’t have to wait for it for hundreds of spins.

Mayan Magic Wildfire is a quality slot game and you’ll be playing it for real money if you’re okay with not having a free spins game. Some players can’t go without it while others will embrace the opportunity to have these sticky Wild re-spins instead. Find a good online casino with Nolimitcity slots and don’t miss this game. It isn’t offering anything spectacular, but it’s just a solid game all around, it pays well, and those sticky Wild re-spins can get really rewarding.

Mayan Magic Wildfire is a Nolimitcity slot game with a Mayan theme. It’s a 5×3 slot game with three interesting features, one of which is a re-spins feature that replaces the free spins, which don’t exist in this game. The slot game was released in June 2019.

Hurray! There is a competition going between users of our site!
You have to do nothing, but browse out site, and win a daily prize. Click here to read more.
You current ranking:
Time Left: 21h 52m 39s