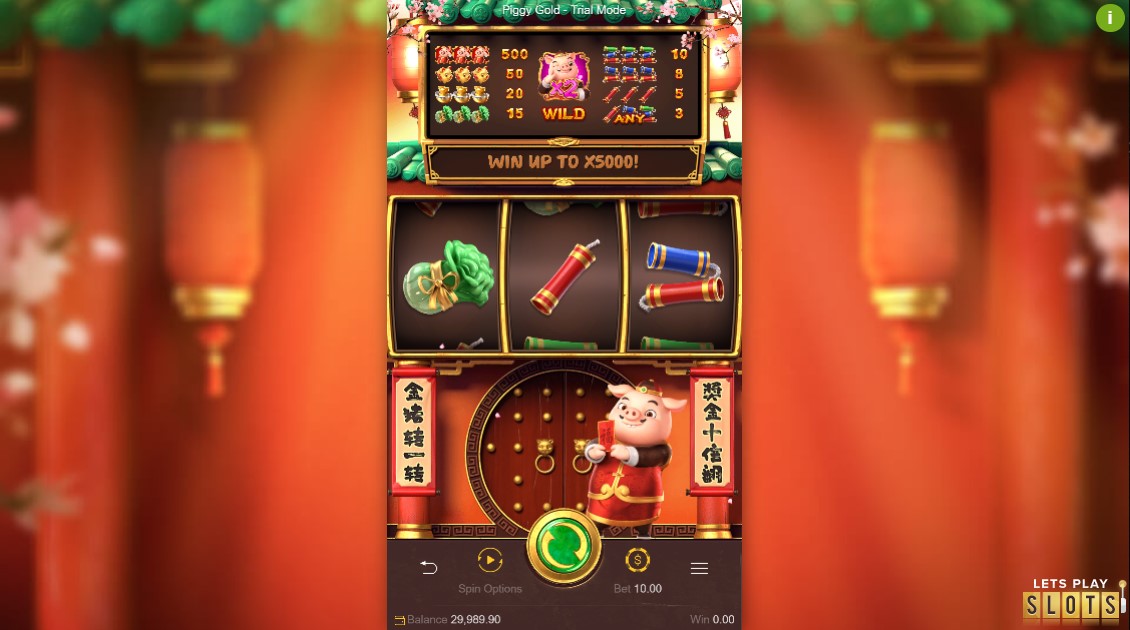 The gold is set to be flowing in this PG Soft slot game Piggy Gold. It’s designed for mobile devices primarily, but it still features intriguing bonus perks. These include the Double Symbol feature, the Wild Multiplier and standard wilds. 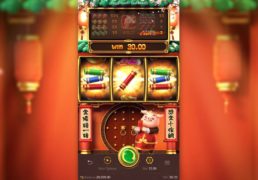 PG Soft is all about bringing you animal cuteness and a touch of the orient in this slot game known as Piggy Gold. Having accessed one other slot from this developer, I was curious to see what Piggy Gold looked like as well. It’s another one that dedicates itself primarily to mobile users, with a layout that is fit for a smartphone or tablet more so than a desktop computer. Yet, it doesn’t lose out on its quality of graphics or the entertainment factor of its gameplay. I was quite impressed by everything that the game provides. 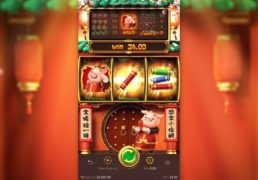 The layout of this slot provides you with a paytable at the top, followed by a three-reel, one-row interface underneath and then a pig clutching on to a red envelope at the bottom. With the slot only having a single row, it also has just a single win line running across this. If you’d like to change your wager, then you can click on the “$” sign at the bottom of the game. This allows you to choose between coin sizes of €0.10 and €1, and then alter the bet level between one and 10. Therefore, you can place a maximum overall bet of €10 per spin.

As far as the imagery within Piggy Gold, you’ll get to see various symbols appear on its three reels. The first and lowest paying icons are those of the Chinese fireworks, followed by what looks like a cabbage in a vase. A gold ornament and a piggy bank also appear on the reels. The highest paying standard symbol of the game though, is the pig from the bottom of the reels. He can pay out up to 500 coins, and he also operates as the slot’s wild symbol. 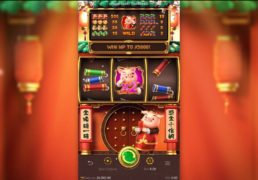 Perhaps the best part of this slot game, at least for me, is the Double Symbol Feature. You’ll see the pig below the reels animate himself every time you spin the reels. Randomly, he may unleash a bit of magic to ensure that the same two symbols appear on reels one and three, giving you better chances of forming a win.

There’s also the Wild Multiplier inclusion as well. If a wild symbol of a pig with a multiplier on it shows up on the second reel, the win that it forms will be multiplied by that amount. You can see multipliers of up to times 10 come into effect with this.

If I had to use one word to describe this slot, it would be “quirky”. I love how entertaining it is without being over the top, and the PG Soft graphics make it even more exciting. It’s great that the game has a super theme behind it too, and the animations are perfect.

The gold is set to be flowing in this PG Soft slot game Piggy Gold. It’s designed for mobile devices primarily, but it still features intriguing bonus perks. These include the Double Symbol feature, the Wild Multiplier and standard wilds.

Hurray! There is a competition going between users of our site!
You have to do nothing, but browse out site, and win a daily prize. Click here to read more.
You current ranking:
Time Left: 5h 38m 45s