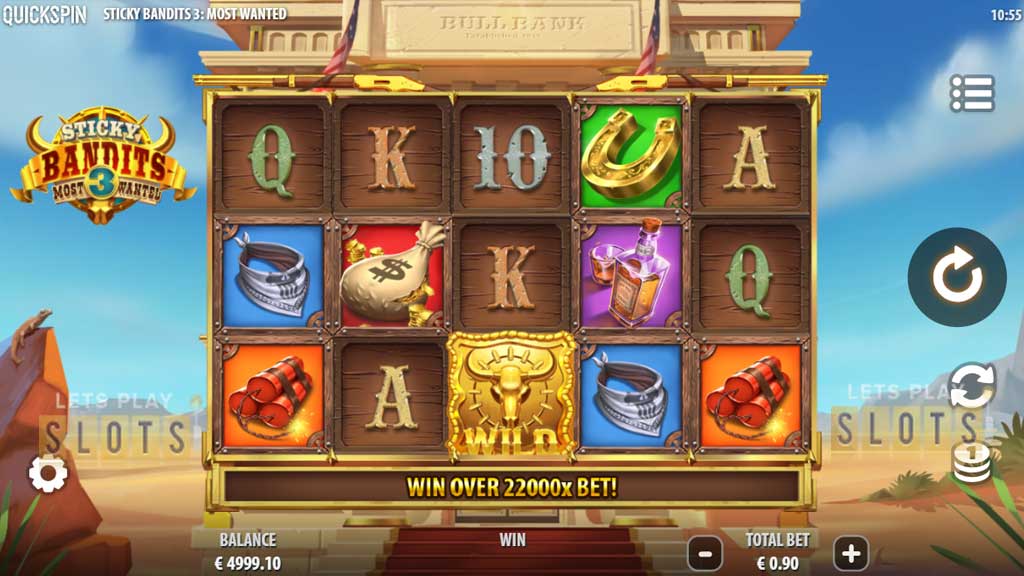 Quickspin Continues The Outlaw Hunt With “Sticky Bandits 3 Most Wanted” 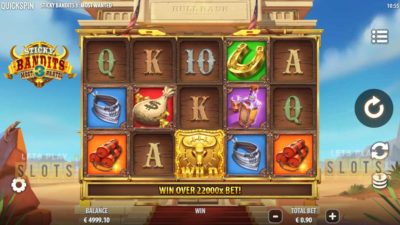 Quickspin have had a lot of success with its Sticky Bandits theme and have so far released 2 slots that have done rather well in the market.

The developers are now coming out with yet another release titled “Sticky Bandits 3: Most Wanted“. This game continues the theme of the other two games as players hunt for five female bandits. In this game, players are taken to the middle of nowhere and are presented with a grid for the games to begin.

Players are presented with five reels and three rows and have nine ways to win in this game. The maximum cash jackpot is a whopping $225,000 which will be a big draw for a lot of slot players.

The low minimum bet is very welcoming and allows players with limited bankrolls to get a chance to spin the reels. The high betting limit also makes this game attractive for high rollers who want to wager big and look for that big payout.

The game gets more interesting when the special features are triggered. The wilds act as substitutes to regular symbols and really start to shine when the bonus game is active. This is when players land three scatter symbols. They are then given 12 free spins and have a new reel to play with.

This is when the Sticky Bandits show up. When their Wild symbols appear, they will stay in place until all free spins are played. When players have five Sticky Bandits in play, they get five more free spins and get an x2 multiplier. Players can also immediately play the bonus game by paying 60x their bet which can also increase the RTP to 96.25 percent.

Players who have enjoyed the Stick Bandit series, should definitely give this game a few spins.

Hurray! There is a competition going between users of our site!
You have to do nothing, but browse out site, and win a daily prize. Click here to read more.
You current ranking:
Time Left: 4h 49m 5s