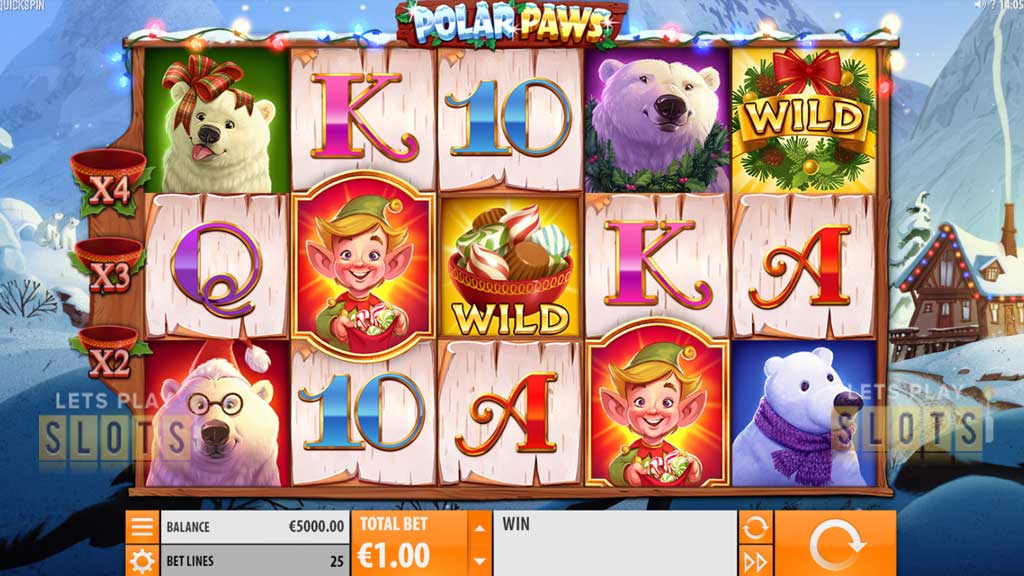 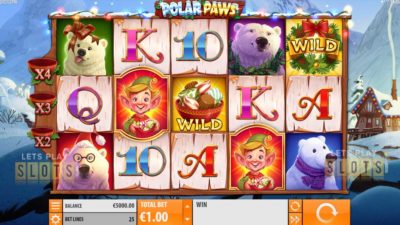 The month of December is the time when slot developers flood the market with Christmas themed slot games.

Quickspin is not disappointing in this regard as the gaming developer has just released ‘Polar Paws’.

This new slot from Quickspin brings players to the frozen North and gives players a chance to interact with some big bears. Polar Paws features a bunch of polar bears playing around outside Santa’s workshop.

This is Quickspin’s very first Christmas game and they have done a great job with Polar Paws.

Players will get to meet four of Santa’s cute polar bears which he keeps outside his workshop. The theme is pretty thin but the great graphics make up for it. Featuring five reels and 25 paylines, this game gives players a decent chance to win with an RTP of 96.84 percent.

The graphics are good enough that they make everything look like a work of art. For the basic symbols, there are the A, K, Q, J and 10 royals. For the more valuable rewards, players will want to get one of the four polar bears. The most valuable of them is the one with the Santa hat. Players who get five of that beat will be able to get 10 times their stake.

The game also has several special symbols. There is a wild symbol which is a bauble. The other one is the Christmas Elf which acts as one of the scatters. Players who are lucky enough to score five wilds will get 40 times their stake.

Polar Paws also has some pretty good special features. The most notable is the multiplier wilds. These can range from 2x to 4x. These are big multipliers if combined. Multiple increases to your wins are possible so consider them.

The game has two scatter symbols, both of whom are elves. The free spin elf will trigger when three are scored, with 10 free spins awarded immediately. It also pays out three times your stake. The other elf scatter is a progress scatter. Players who score these scatters will be able to turn polar bears into wilds.

Overall, Polar Paws has is a cool Christmas themed slot that is definitely worth trying!

Hurray! There is a competition going between users of our site!
You have to do nothing, but browse out site, and win a daily prize. Click here to read more.
You current ranking:
Time Left: 5h 34m 56s