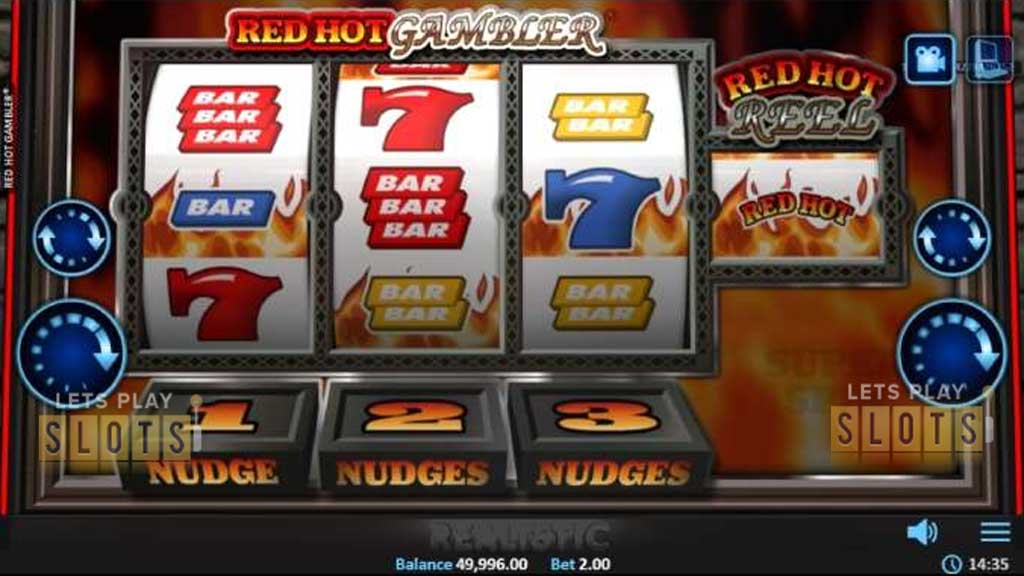 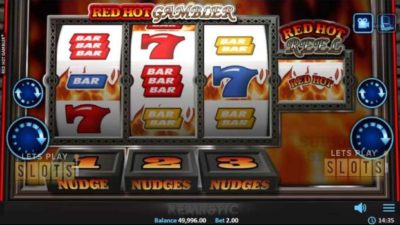 Classic slot machines are not as popular as they were back in the day but they will never go out of style. Realistic Games is adding another classic offering to the mix with its latest slot “Red Hot Gambler“.

This new game has all the hallmarks of a classic slot. The game showcases brick wall in the background and the game in the forefront, giving it that classic slot machine feel in video form.

The retro setup continues to the reels. There are only three reels and one payline which is an interesting choice by the developer but sticking to the classic theme seems to be the goal here.

There is one special reel that only has one symbol and it determines the special payout. It only activates under special circumstances.

Unfortunately, the betting range of the game is pretty limited. It is only from $0.05 up to $20. Players will not have an opportunity to win big compared to a lot of other new slots in the market. High rollers will likely skip this game.

When it comes to the symbols, anyone who has played a classic slot game before will recognize them. The bars and 7s in their different colors will determine how much players can get out of the game. The biggest payout is 2500x and this happens when players land three red sevens and one blue seven or three blue sevens and one red seven.

The developer has thrown in a couple of special twists that make the game more exciting. Players will notice that the symbols are available in two forms. They can be regular or they have a flaming background. This determines one of the special features. The biggest payout is only possible when three matching symbols have flames in the background. The game then activates the fourth reel and players have a chance to win big.

Though this is the star feature in the game, it is not the only one. Players can also have nudges. When a player loses a spin, they have a chance to use one of three nudges below the reels at random. This might be enough to push the reels to a winning position. If that doesn’t succeed, players have a chance to get a Super Spin which will be a guaranteed win that can be hard to beat.

Players can also gamble with their wins. If the prize is only 300x, they have a choice to go double or nothing on their win. This game has an RTP of 96.04 percent. If you like classic slots, spin the reels on Red Hot Gambler.

Hurray! There is a competition going between users of our site!
You have to do nothing, but browse out site, and win a daily prize. Click here to read more.
You current ranking:
Time Left: 6h 18m 10s