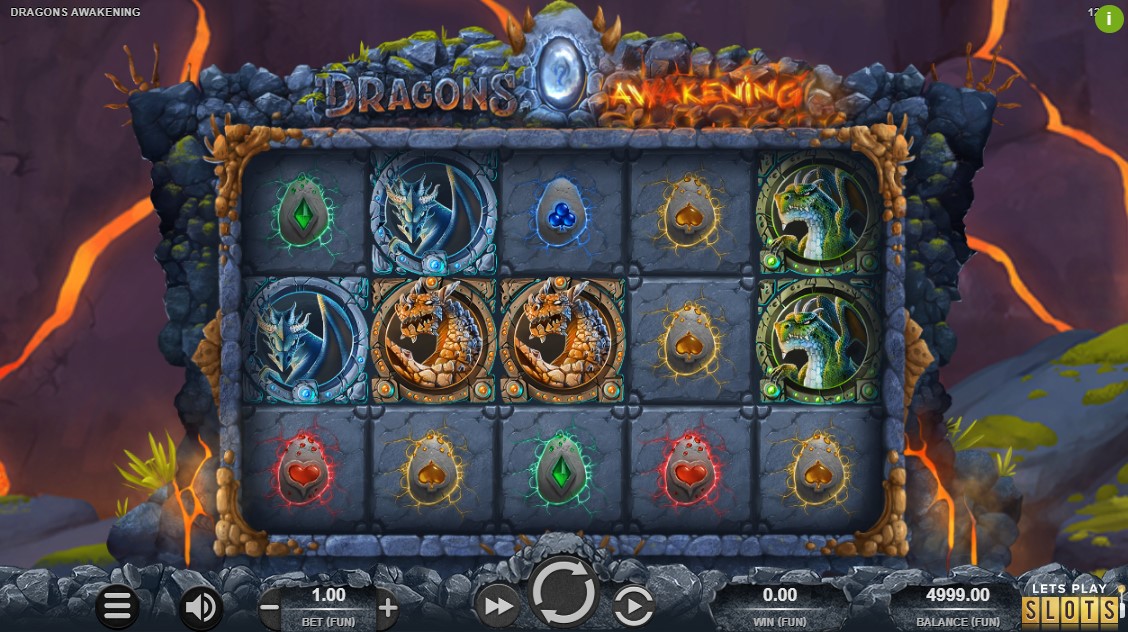 Get ready to wake the sleeping dragons in this Relax Gaming slot. With its superior graphics and intriguing theme, this one is certain to entertain. Ready yourself for the Dragons Race Feature and the Free Spins round.

I’ll be frank – I love anything that centres itself on dragons. That’s why when I saw this Dragons Awakening slot release from Relax Gaming, I knew I just had to try it out. The game does stand out very nicely from the moment that you load it up. The theme is well-executed and the special features within are just enough to make it that much more captivating. I think this is one that many slot gamers will enjoy. 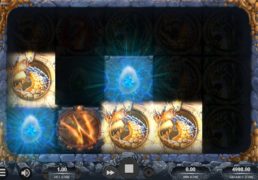 The design of the game itself consists of five reels and three rows in total, whilst also containing 20 paylines for you to bet on. The lines are fixed in position, but by using the plus and minus buttons at the bottom of the screen, you can adjust your bet on them. With these, you’re able to choose from a wager between €0.20 and €100 per spin. There’s also the inclusion of an Autoplay function to use, too.

The graphics that Relax Gaming use in Dragons Awakening are also very appealing, with a volcanic flow appearing in the background. Meanwhile, on the reels, you’ll see that the first four symbols exist in the form of playing card suits. There’s the blue clubs, green diamonds, yellow spades and red hearts, with the top two of these able to pay out up to €400. The game’s highest-paying symbols are of four different dragons though, all of which relate in colour to one of the playing card suits. The red dragon is the slot’s overall highest-paying standard icon, able to reward you with a maximum pay-out of €2,500.

A wild symbol is also present on the reels, which is the lava-covered “W” image. This one will substitute for all the other symbols mentioned above, helping you with forming wins. The wild can also pay out up to €10,000. 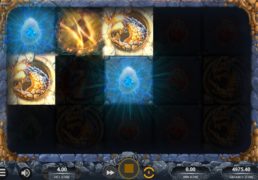 The best part about this slot game is its Awakening Free Spins round. You’ll need to spin three, four or five of the scatter icon into view in order to do this. You’ll be able to trigger up to 30 free spins with this, and at the beginning of the round, all playing card suit symbols are transformed into dragon symbols. This conversion remains in place throughout the Awakening Free Spins round.

The other special perk that the game contains is the Dragons Rage Feature. This sees a single dragon symbol picked out at random to replace all the standard playing card suit symbols until you receive a win from such. 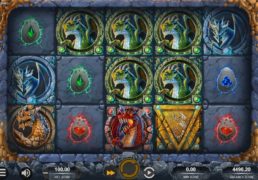 I have to say that I’m quite thrilled with this Relax Gaming slot. Not just because it utilises one of my favourite themes, but because it’s so well-executed. With the inclusion of free spins and the Dragons Rage feature as well, it makes things much more entertaining throughout. Overall, it stands out as being one of the best games from this developer.

Get ready to wake the sleeping dragons in this Relax Gaming slot. With its superior graphics and intriguing theme, this one is certain to entertain. Ready yourself for the Dragons Race Feature and the Free Spins round.

Hurray! There is a competition going between users of our site!
You have to do nothing, but browse out site, and win a daily prize. Click here to read more.
You current ranking:
Time Left: 5h 12m 33s
Gambling is for 18+ though some countries may have other restrictions...Remember you should always Gamble Responsibly
We use cookies to ensure that we give you the best experience on our website. If you continue to use this site you agree to allow us to use cookies, in accordance with our Terms & Conditions.Agree & Close