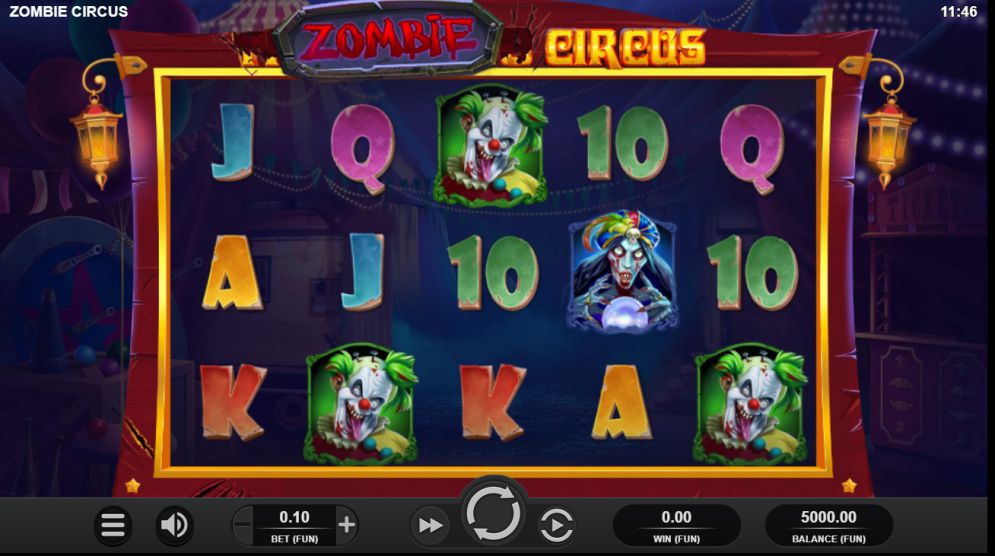 Zombie Circus is a zombie themed slot by Relax Gaming that will throw Zombie Waves at you and reward you with free spins with up to four Wild symbols!

I have played Zombie Circus immediately when it came out in late 2018, because I enjoy zombie slots and I’ve wondered if this is a good one I can add to my portfolio of slots I play regularly. Theoretical return to player (RTP) of this slot is 96.92%, which means it’s probably one of the best paying slots in the genre. But that doesn’t have to mean anything – let’s have a more detailed look at this Relax Gaming release. 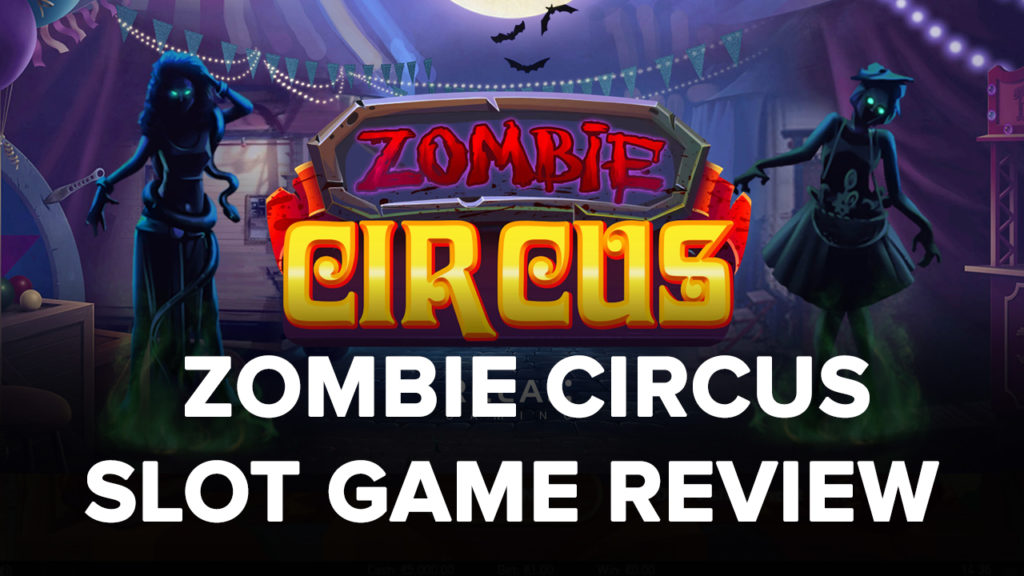 The theme of the game is just excellent, and all the Zombies you’ll get to see in this game are zombies of circus employees, which includes Fortune Teller, Clown, Tarot Reader and a Knife Thrower. And then these symbols can look even better if you find a way to turn them Wild during the free spins feature. Excellent theme, and the Bonus Scatters also look great and they stand out on the reels, but due to the level of detail, this game will only shine in its full glory when you play it on desktop. On mobile, the details in symbol artwork just won’t be as visible. 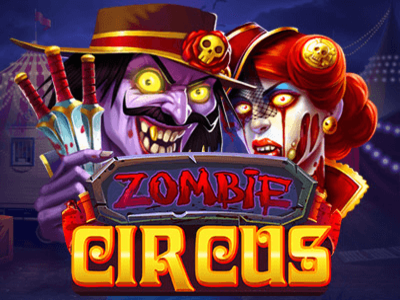 Zombie Circus is played on a 5×3 board with 10 paylines, and you’ll pay 10 coins to play these paylines. Bets can range from $0.10 to $100. There are nine normal symbols in the paytable, and five of these are card symbols while the four main characters are four different Zombies. They pay a prize of 15 to 40 coins for five-of-a-kind, while the card symbols pay from 5 to 7.5 coins. There is also a Wild and a Scatter. It’s difficult to make this game pay well, and the only chance to get a big win lies in the bonus feature which puts many additional Wilds on your board.

Bonus Scatter symbols only appear on reels 1, 3 and 5, and you need to land all three in order to trigger the bonus game. Reel 5 has stacked Bonus Scatters and this will determine how many Zombie Waves will you get to play during the feature. The maximum possible number of Scatters is five and for that you’ll get four Zombie waves, and will get three or two Zombie waves for four or three Scatters respectively. Once you’re in the bonus game, you can claim more Zombie Waves. 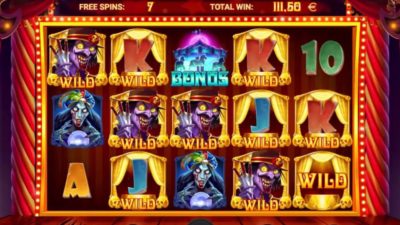 Every Zombie Wave consists of you picking one of the five Zombies on the screen, and this will be the number of free spins in the first wave, and the other two waves, if you triggered them, will each convert one normal symbol into a Wild. So it’s possible to have up to three extra Wilds, because the total number of Zombie Waves you can get for one feature is four. The maximum number of free spins you can get is 10, and the feature won’t be rewarding every time. To make it rewarding, you need more than one extra Wild symbol and then you need a lot of luck as this game only has 10 paylines and it’s difficult to land big wins or multiple winning paylines even with all those added Wilds.

Zombie Circus is an excellent slot game because it has detailed graphics which really shines on desktop but not so much on mobile, and a potentially very rewarding bonus game that’s fun to play. Variance is perhaps a bit high as you need a large number of free spins and a large number of added Wilds to get to that big win during the free spins feature, and the main game isn’t very rewarding in comparison. This game needs to be played in longer playing sessions and is a bit difficult to beat, but rest assured it’s paying well, as the theoretical payout is almost 97%.

Zombie Circus is a zombie themed slot by Relax Gaming that will throw Zombie Waves at you and reward you with free spins with up to four Wild symbols!

Hurray! There is a competition going between users of our site!
You have to do nothing, but browse out site, and win a daily prize. Click here to read more.
You current ranking:
Time Left: 17h 10m 54s