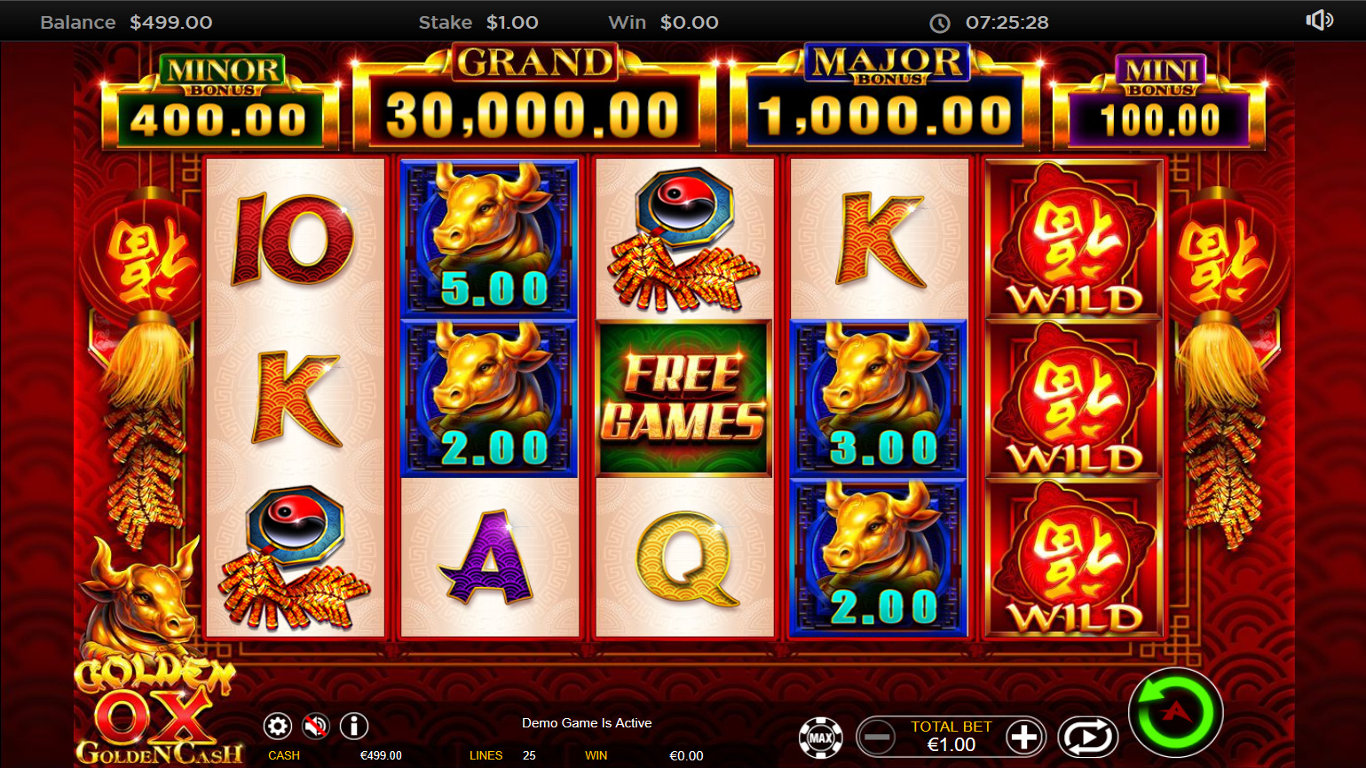 Golden Ox is a Chinese-themed slot game by Ainsworth that plays like a classic slot and has three main bonus features that are responsible for all the big wins. Land 15 Golden Ox symbols with aid of re-spins and win the Grand Prize!

Golden Ox was released in 2018 and it features very good graphics, in the usual Chinese red and gold theme. The slot game looks good, and I’ve played it for half a day despite not being a big fan of the skinny paytable. But the bonus features come around just often enough to keep a player interested. Let’s have a closer look at the details of this slot game. 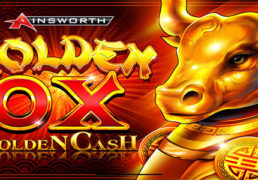 It’s interesting that this slot is rather expensive to play, as the minimum bet per spin is €1, which isn’t very common. Usually you can play for a few cents if you want to, but Golden Ox forces you to pay at least €1 for every spin. Maximum allowed bet is €40.

There are as many as six low-value card symbols, though in this slot game it’s questionable if there are any high-value symbols at all. The three lowest-paying symbols only pay 2x for five-of-a-kind, the paytable then continues with four symbols that pay either 4x or 5x, then there are two symbols that pay 8x, and finally the best symbol in the game that pays 10x. It’s safe to say you won’t get rich from the Golden Ox paytable alone. Also, the paytable differs in the main game and in the free spins game, and in a strange way – the symbols pay twice as good for three-of-a-kind in the main game compared to the free spins game. Fortune Wild appears on reels 2, 3, 4 and 5. 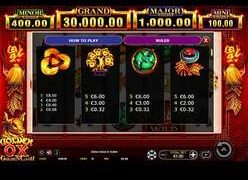 Golden Cash Feature is triggered when you land six or more Golden Ox symbols on your reels. You’ll get 3 re-spins with all the triggering Golden Oxes held in place. If you manage to land another Golden Ox during those re-spins, the counter will reset to 3. Each Golden Ox will carry a win between 1x and 50x your bet, and in the end the prizes are summed together. There’s another version of this feature, and it’s the Extra Bonus Golden Cash Feature, which is triggered randomly with a giant Golden Ox symbol that covers the central 3×3 area and counts as 9 Golden Oxes. The rest is the same. If in either of these features you manage to reach 15 Oxes on your reels, you win the Grand Prize.

Three or more scattered Free Games symbols triggers the Free Games Feature with 8 free spins. These are just simple free spins with nothing on top, except that the paytable differs just slightly. 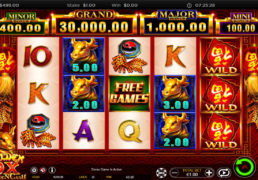 Golden Ox has a really low theoretical return to player percentage (RTP), as it stands at 94.13%, and it will only be good enough for those classic slots players who don’t mind the low RTP if the game is set up the way they want. In other words, you need to be a player who is looking forward to that huge win that’s made possible by the game and will ignore the theoretical RTP in the long run. But this game doesn’t really offer the potential of a big win in a way other than winning the jackpot.

Golden Ox is a strange game as it does many things differently than what we’re used to. It’s definitely thinking out of the box when it comes to bonus features, and I don’t mean that in a very good way. The low RTP is really a disappointment, and this slot game is really rough around the edges. Try it for a few spins, see if you like it, it might be precisely what you’re looking for even if it is a bit out of the ordinary.

Golden Ox is a Chinese-themed slot game by Ainsworth that plays like a classic slot and has three main bonus features that are responsible for all the big wins. Land 15 Golden Ox symbols with aid of re-spins and win the Grand Prize!

Hurray! There is a competition going between users of our site!
You have to do nothing, but browse out site, and win a daily prize. Click here to read more.
You current ranking:
Time Left: 8h 29m 31s