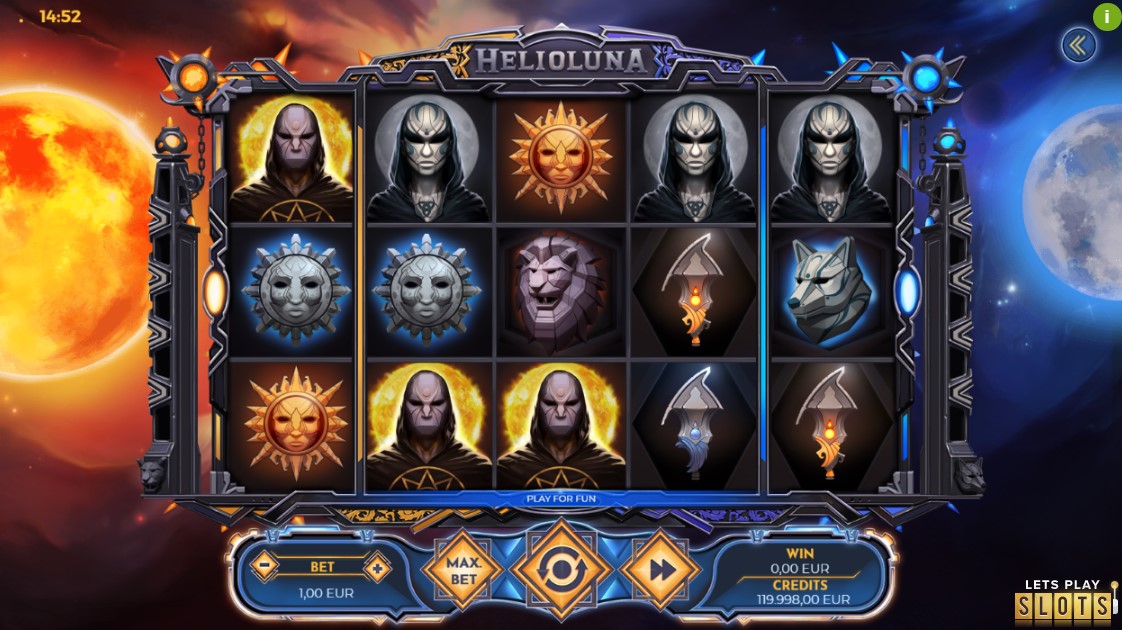 On one side is the sun and on the other, the moon. What do you get when you merge these two together? Helio Luna, of course. Ready yourself for the special features of this Spinmatic slot, including Aviator Wilds and Free Spins.

If you’re anything like me, then you’ll love a game that incorporates everything to do with sci-fi and more into its theme. The story behind this game is that Guvnor, the so-called creator of the universe, has chosen to turn Earth to stone. It’s up to Helio and Luna, who operate as the gods of day and night, to free themselves and save the world from Guvnor’s curse. That’s quite the back story for a slot game, and thanks to Spinmatic, the theme plays out perfectly well, in my opinion. 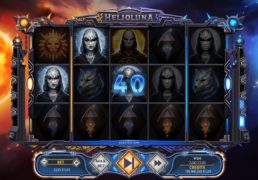 Choosing to play this slot game will present you with a setup of five reels and three rows in total. Across this layout, there are 10 paylines for you to place bets on. These lines are fixed in place, but you have the option to customise the bet that you bring into play. This is done with the plus and minus buttons in the bottom-left corner, which give you the chance to select wagers between €0.10 and €40 per spin.

The symbols that show up on the game’s reels come in different forms, starting with those of the sun and the moon. There are also icons of what appear to be sun and moon-themed weapons for each of the gods to utilise. Joining these, you’ll find symbols of a stone lion and another of a wolf. Of course, the two gods also appear as symbols in the game, with Luna stood in front of the moon and Helio backed by the sun. These are the slot’s highest-paying standard symbols.

The symbol of Guvnor is the one that operates as this game’s wild addition. It is this one that will substitute for all others on the reels, helping you with creating winning combinations. 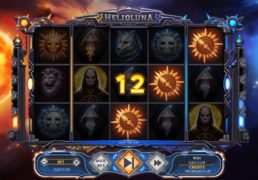 If you manage to form a win made of up Helio or Luna symbols, then you’ll also see a secondary feature come into play. This sets the reels off re-spinning and any additional win is added to your balance. This is a particular favourite inbuilt feature of mine.

However, Spinmatic has also made sure to incorporate a free spins round, which incorporates 2 Avatar Wilds into gameplay, too. These wilds will always be in play for all of the free spins, helping you to create larger wins. 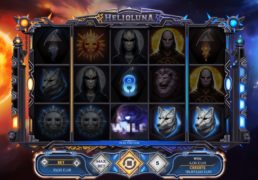 Helio Luna is one of those games that is very compelling from the moment that you load it up. That’s largely thanks to the fact that Spinmatic has created such an appealing theme and used intriguing graphics to display this theme. When you also factor in the special features of the free spins, Avatar Wilds, standard wild and more, Helio Luna is one that I think many gamers will love to play.

On one side is the sun and on the other, the moon. What do you get when you merge these two together? Helio Luna, of course. Ready yourself for the special features of this Spinmatic slot, including Aviator Wilds and Free Spins.

Hurray! There is a competition going between users of our site!
You have to do nothing, but browse out site, and win a daily prize. Click here to read more.
You current ranking:
Time Left: 6h 8m 0s
Gambling is for 18+ though some countries may have other restrictions...Remember you should always Gamble Responsibly
We use cookies to ensure that we give you the best experience on our website. If you continue to use this site you agree to allow us to use cookies, in accordance with our Terms & Conditions.Agree & Close