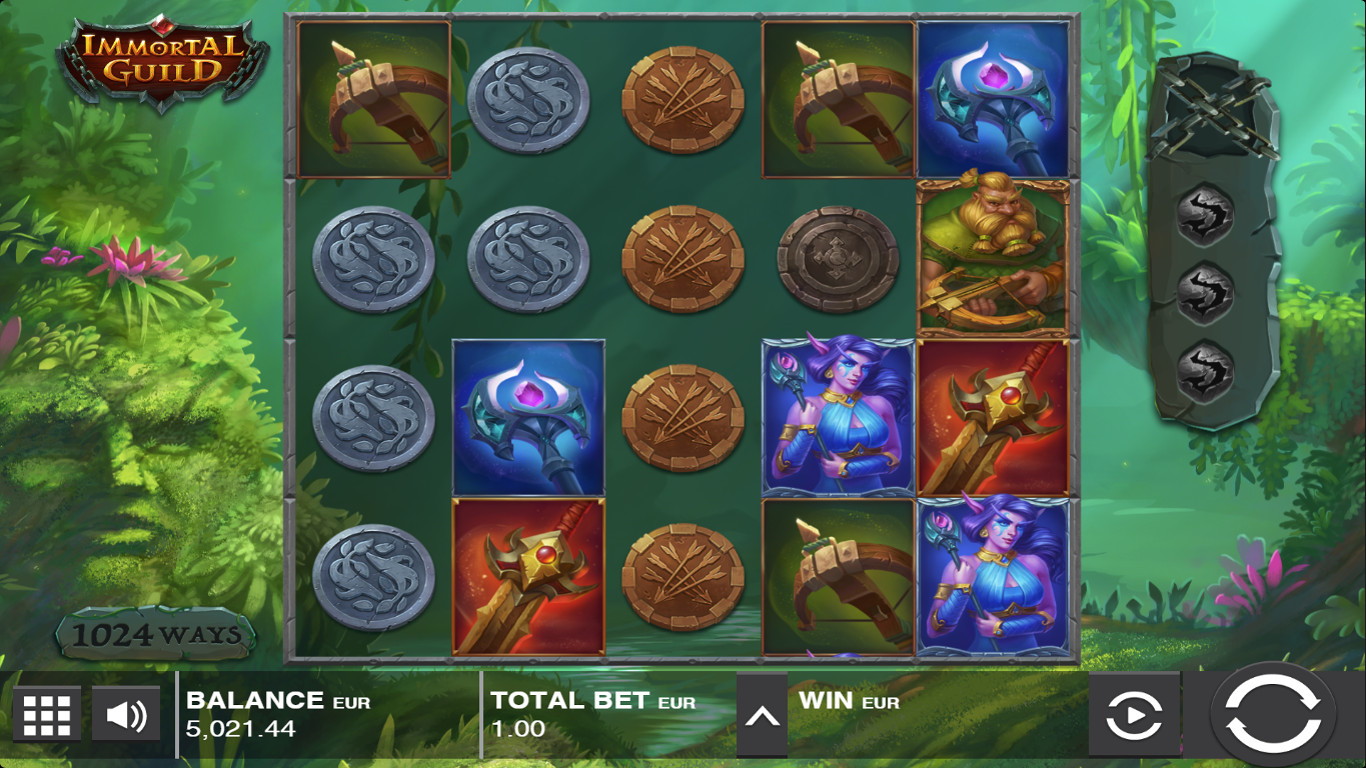 Immortal Guild is a fantasy themed slot by Push Gaming that was released in December 2018, and it has 1024 ways to win, and during the free spins game you’ll get re-spins with sticky multiplier Wilds! 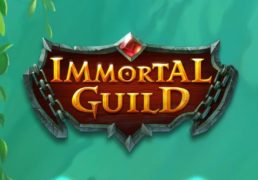 Immortal Guild is a game that’s inspired by fantasy themes such as Lord of the Rings, and it’s played on a 5×4 board that looks great and has many interesting symbols and characters. The game uses 1024 ways to win, so basically any adjacent symbols on these five reels will form a winning payline. You pay from €0.25 to €100 to spin the reels. I have played the game for a few hours so I believe I can give an honest opinion about it, so you can decide whether you want to play Immortal Guild slot or not.

The paytable is skinny when you look at it separately from the rest of the game, as the maximum prize you can hope to get is only 6x your total bet, and two more symbols pay well, 5x and 4x your bet for five-of-a-kind respectively. These are the three Special Symbols, Warrior, Mage and Hunter. For a four-of-a-kind win, the best thing you can hope for is for your stake to be doubled, while a three-of-a-kind win will bring you less than your bet. There are a total of 10 symbols, 6 of them being high-win symbols and 4 of them being Coins that really don’t pay much. You’ll get a €0.08 win on three Coins on a €1 bet. 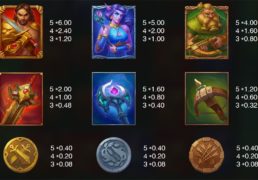 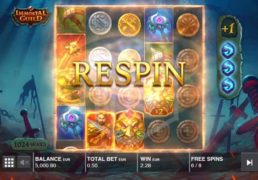 Lion Emblem is a Wild symbol and it will only appear during the free games feature as a result of 2 or more matching Special Symbols vertically adjacent, that collapse downwards to combine into a Lion Emblem symbol with a multiplier value that’s equal to the number of Special Symbols that were combined. After you get your re-spin, the Wild will stick to the board, and if you manage to land another Wild, you might end up with several sticky Wilds on your board, which is pretty much the only way to see a serious win in this game – especially since the Wilds carry a win multiplier. This is actually a medium variance game, perhaps variance is even a bit low, as the game does give you a nice win to bring you back to positive on a regular basis. It feels different than other medium variance slots, but that’s exactly what it is.

Immortal Guild may seem like it’s not paying well since the paytable is skinny, but the game still finds ways to bring you back to positive more often than not. It’s an enjoyable experience but the chance to get a mega win is largely absent. Theoretical return to player (RTP) is 96.55%, which is excellent, so it’s safe to say this is a slot machine that pays well. The theme is beautiful, too, so this is a quality game by Push Gaming that should be played by everyone. Some will enjoy the game mechanics, some will not, and the only way to find out is to try and to actually play Immortal Guild at least once.

Immortal Guild is a fantasy themed slot by Push Gaming that was released in December 2018, and it has 1024 ways to win, and during the free spins game you’ll get re-spins with sticky multiplier Wilds!

Hurray! There is a competition going between users of our site!
You have to do nothing, but browse out site, and win a daily prize. Click here to read more.
You current ranking:
Time Left: 2h 33m 1s