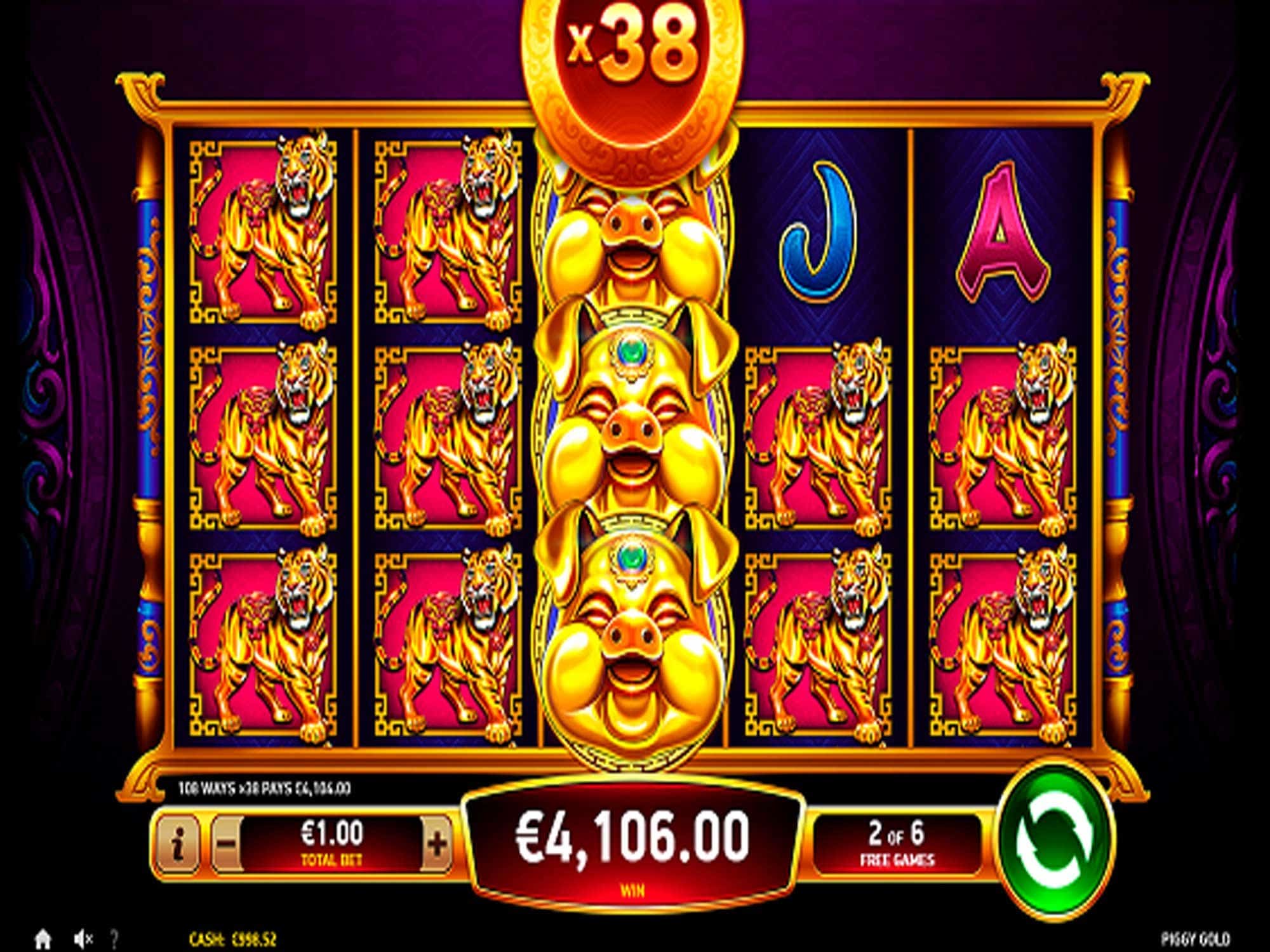 Piggy Gold is a Ruby Play slot game with a Chinese theme, and it was released in June 2019. The game features win multipliers that can go up to x32, and the free spins game has seven options you can choose from and therefore you determine your own variance.

Piggy Gold is a standard slot game that has a theme about wealth and about ancient China, it’s that red-and-gold theme we’re all familiar with, it’s just that the main character is a very cute Piggy. And the background isn’t red, but green, which is easier on the eyes, especially as there’s a lot of red already. All the high-win symbols are golden, and Piggy really stands out on your reels.

The game has 243 ways to win so any combination of adjacent symbols starting from the leftmost reel will award a win, if there are at least three symbols in the combination. You basically pay 20 coins to play these 243 ways to win, which is a decent offer, and your bet per spin can range from €0.20 to €40. 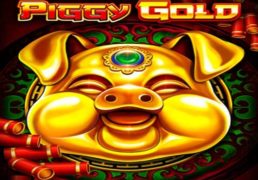 Piggy is the Wild and it appears on reels 2, 3 and 4 only. It’s a non-paying symbol, unlike Scatter which can pay up to 15x your bet and is the best-paying symbol in the game as the others are really poor. The best prize you can hope for from ten normal symbols is to – get your stake back. Two of the five high-win symbols will pay 1x your bet for five-of-a-kind, while three more will pay 0.75x, and the card symbols will pay between 0.6x and 0.5x. Interestingly, four-of-a-kind prizes are decent in comparison, and in case of high-win symbols are 75-80% of the five-of-a-kind prize.

If one or more Wilds appear on the screen, the win can be multiplied, and you need it to be multiplied since the paytable is this poor. The multiplier can be x2, x3, x5 or x8 and that’s the only way to make some money from a payline win in the base game. The multiplier doesn’t land every time.

Scatter is a paying symbol, and any win will trigger the Free Game Choice. You’ll be given six choices plus a Mystery Choice, and you can get from 6 to 25 free spins with a win multiplier between x38 and x2 when you land a Piggy Wild. Also, during the free spins, Wild will always trigger the Rich Pig Feature with win multipliers. That means that you’re basically choosing what win multiplier you’ll get when a Piggy Wild lands, and the lower number is the most important.

For example, the lowest variance option is 25 free spins with a x5, x3 or x2 win multiplier. That means you’ll get x2 at the very least whenever a Piggy Wild lands. On the other end of the spectrum you get only 6 free spins, but with win multipliers of x38, x28 or x18. So you’ll get at least x18 on your Piggy Wild, which is plenty. Choose wisely! The multipliers don’t multiply each other, by the way.

Theoretical return to player (RTP) is 96.46%, which is excellent, but more importantly, the game is set up in a way that condenses all the big wins into a bonus feature. Most of the big wins in this game will be coming during the free spins, and the rest will happen when you land a Piggy Wild during the base game but also get a win multiplier. Despite the very ugly paytable, this game pays well.

When you develop a game with a really dominant symbol that is good enough to carry the entire game, you got a winner, and that’s exactly the case with our Piggy Wild. It brings you riches and a very cute animation, and it looks realistic, too. This is an excellent game that can pay huge wins because of those win multipliers, so find a good online casino with this game and play it for real money.

Piggy Gold is a Ruby Play slot game with a Chinese theme, and it was released in June 2019. The game features win multipliers that can go up to x32, and the free spins game has seven options you can choose from and therefore you determine your own variance.

Hurray! There is a competition going between users of our site!
You have to do nothing, but browse out site, and win a daily prize. Click here to read more.
You current ranking:
Time Left: 4h 20m 18s