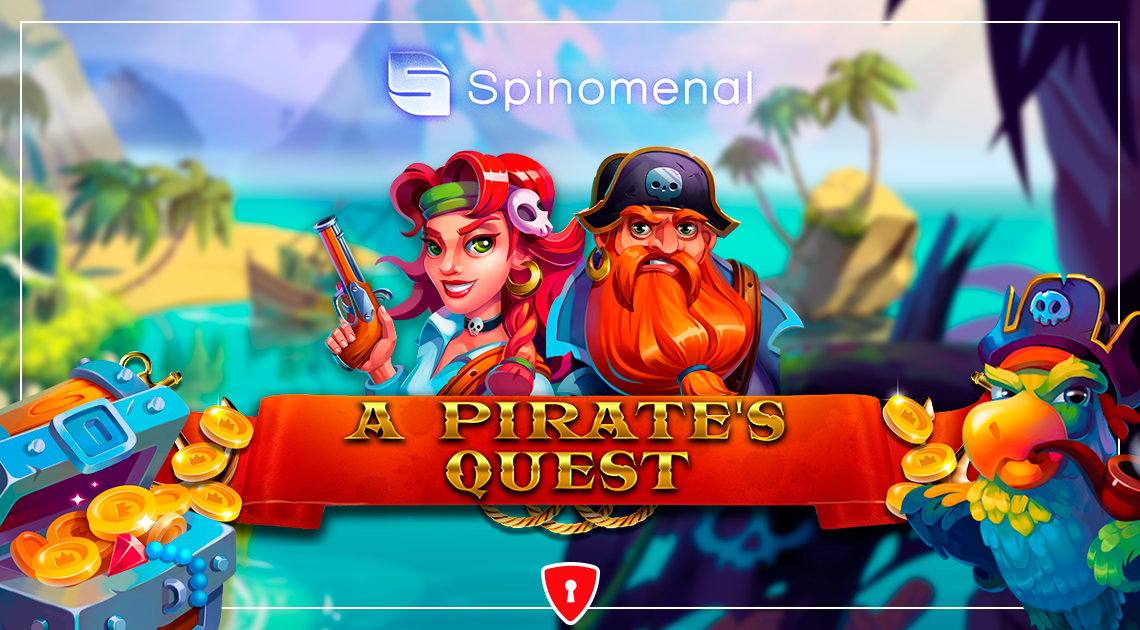 A Pirate’s Quest is a high variance classic slot game that’s a bit difficult to play but it comes with a huge reward of four different free spins game variations, the chance to buy free spins, and there are lots of Wilds and win multipliers that can help you benefit from a 45-payline game with a paytable that’s waiting to be exploited for maximum gains.

Best Casinos to Play A Pirate’s Quest for Real Money :

This game is played on a standard 5×3 board but with 45 paylines. Not only that, but you pay 50 coins to play those 45 paylines, so the minimum bet is €0.50, which may put some players off as a healthy bank balance is required to even play this game at the minimum bet, especially as this is a high variance game that doesn’t pay often at all. The maximum bet per payline is €10, so the maximum possible bet is €500. 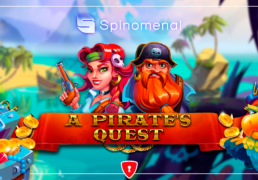 The game uses a traditional way of displaying the paytable wins, they’re in coins, and in order to calculate your win you have to look at what you’re paying per payline. 10 coin win with a €0.02 bet per payline – which is €1 total bet – will win you €0.20. Meaning, you have to win 50 coins to get your stake back.

That’s not possible with the five card symbols unless you get at least four-of-a-kind, and even then only the Ace will give you back more than your total bet. The four high-win symbols aren’t much better as their prizes for four-of-a-kind are 80, 100 or 120 coins, which is barely above 2x your bet.

It’s only the five-of-a-kind prizes that are worth something in this game, and only the two lowest cards don’t pay too well while the other three and the four main symbols pay between 180 and 300 coins – and five Wilds also get you a 300 coin prize. There’s also a chance you’ll get a x2, x3 or x4 win multiplier on your spin. Still, this is not good for single payline wins, especially as the win frequency in A Pirate’s Quest is very low, but it will all even out in the free spins game.

Three or more Scatters will trigger the Free Spins Journey, and there are four locations. First you unlock one, then the second one and so on until you unlock all four, and at that point you may choose which one you want to play for the remainder of your playing session. You get 20 free spins. Here are the features in order that you unlock them.

Shifting Reels will have a re-spin after each win where all reels move one row down so a new row on top is revealed. Multiplier Wild will have Wilds that have win multipliers of x2 or x3. Shifting Wild has a walking sticky Wild, as whenever it lands it will stay on the board as it moves one position to the right with each spin until it leaves the screen. Extra Wilds feature might randomly put two or three Wilds on the board before each spin, and it seems this is the best of the four features.

You can buy the free spins for 35x your total bet. There is also a Bonus Game which is triggered by three Bonus symbols, and you’ll pick coins until you pick three of the same color, and will get the respective prize.

Theoretical return to player (RTP) of this slot game is 96.16%, which is good enough, especially for a slot game that’s very close to being a classic slot. Variance is extremely high as the game won’t even let you have those small wins most of the time, and the fact that symbols often appear stacked complicates things further, but it’s this same game mechanic that can let you have a full board win with 45 paylines worth of prizes.

Although it may seem this is a tight game when you first try to play it, it’s in fact a fantastic slot game that makes things difficult for you but also gives you a chance to win huge amounts. The maximum win per payline is 300 coins and there are 45 paylines, so that’s already 13,500 coins. With a maximum win multiplier allowed in the game, x4, that’s 54,000 coins or more than 10,000x your total bet. Do play this Spinomenal title for real money.

A Pirate’s Quest is a high variance classic slot game that’s a bit difficult to play but it comes with a huge reward of four different free spins game variations, the chance to buy free spins, and there are lots of Wilds and win multipliers that can help you benefit from a 45-payline game with a paytable that’s waiting to be exploited for maximum gains.

Hurray! There is a competition going between users of our site!
You have to do nothing, but browse out site, and win a daily prize. Click here to read more.
You current ranking:
Time Left: 22h 48m 37s