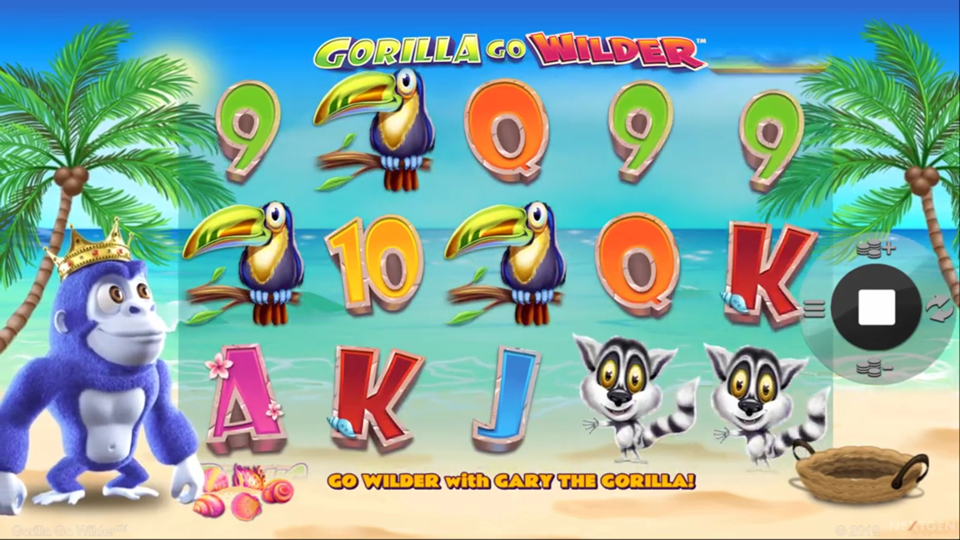 Gorilla Go Wild is a NextGen slot game from February 2019 that has numerous versions of the free spins game and you’re free to pick which feature you like the best. You unlock new free spins versions by triggering the feature repeatedly. 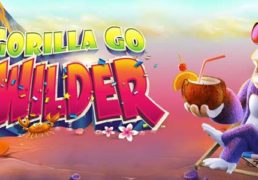 It takes a bit of an effort to calculate the wins and to read the paytable, as you choose your bet from $0.30 to €150 for 25 paylines, which means you pay 30 coins for 25 paylines. And then the paytable pays in coins per payline, so if the prize is 75 coins – which is five Queen symbols – then you win 75x your stake per payline, which always turns out to be 2.5x your total bet.

Gorilla Go Wilder is an interesting slot game and I’ve played it for a few hours, and you do need to read the review of this slot game in order to understand how it’s played, as the bonus features and the way they’re triggered are a bit complex. 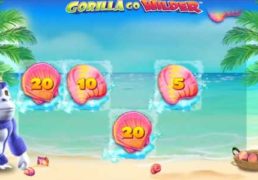 There are six card symbols in this game, and the prizes are insignificant unless you land five-of-a-kind. You can hope to get 2x or 3x your bet with the card symbols, at best. Two of the four main symbols aren’t much better as they can pay 5x and 8x your total bet respectively, but the two main symbols, Gorilla Baby and Golden Gorilla, pay 16x and 33x your bet for five-of-a-kind. This is a decent paytable that can produce wins of medium size, and you can really win big if you land five Wilds or five Scatters, as you’ll get 50x and 83x your bet respectively. 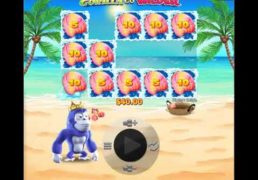 Three or more Scatters award the Bonus Islands feature, and Gary the Gorilla may also randomly trigger this feature anytime. There are eight bonus islands, and they are unlocked by triggering the feature the required number of times. When you first trigger the Bonus Island feature you’ll only have the first bonus island available, and then after three more triggers second, third and fourth bonus island will be unlocked. After five triggers, all will be unlocked, so this is a game which is supposed to be played in longer playing sessions as that’s when you get the best this game has to offer.

Theoretical return to player (RTP) of this slot game is 97.04%, which is excellent, and should be the prime reason why you’ll play this slot game, especially if you try out all versions of the free spins game and find the one that you think pays the best. By choosing the best one you can further increase the RTP you’re getting. All in all, this is a slot game that pays well and on top of that it allows you to make choices that affect the game.

Gorilla Go Wilder may seem to be a bit rough around the edges when it comes to gameplay, but that’s only because it’s innovative as it does things a bit differently. Once you start unlocking those Bonus Islands you’ll unlock the true potential of this game that’s really worth playing for real money.

Gorilla Go Wild is a NextGen slot game from February 2019 that has numerous versions of the free spins game and you’re free to pick which feature you like the best. You unlock new free spins versions by triggering the feature repeatedly.

Hurray! There is a competition going between users of our site!
You have to do nothing, but browse out site, and win a daily prize. Click here to read more.
You current ranking:
Time Left: 3h 34m 3s