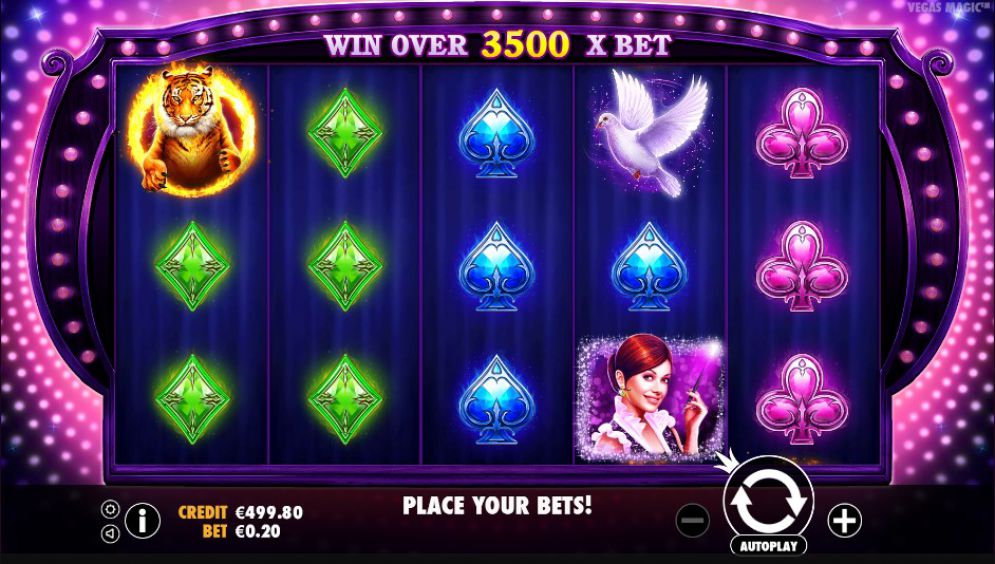 Vegas Magic is a magician themed slot by Pragmatic Play that doesn’t have a free spins game but revolves around the falling blocks re-spins game with unlimited win multipliers!

There is no free spins game in this 2018 release by Pragmatic Play, so the entire theoretical payout is available right here in the main game. Tumble Feature is the key aspect of this game and is basically a bonus feature you get to play over and over again, as it’s a falling blocks game with re-spins. I have played this game for a while in order to be able to tell you is the fact that you don’t have free spins here good or bad for you. So let’s go through the details of this slot game and see whether you should play it for real money or not. 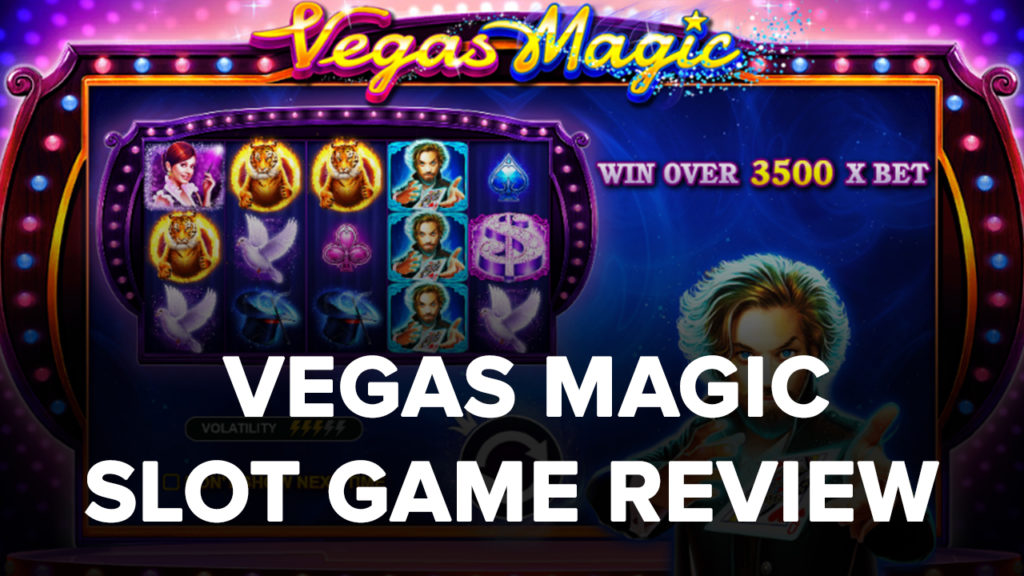 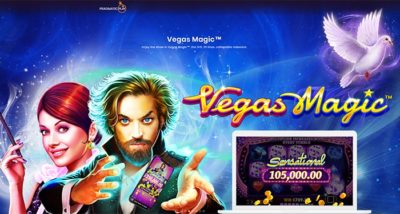 Vegas Magic is played on a standard 5×3 boar with 20 paylines, and the Tumble Feature will be active after every win. The winning symbols will disappear, and the remaining symbols will fall down, while new symbols fall from above to fill the empty spaces. If you get any new winning paylines from this, the whole thing will happen all over again, and it can go indefinitely. Crucially, the win multiplier starts at x2 and will increase by x1 every time you re-trigger the feature during one spin. This can get very rewarding, and many players will agree that it’s better to have re-spins than free spins – which are absent from this game.

The theme of the game isn’t anything special, as it does feature all the symbols which you’d expect to see in a magician themed slot but it’s all been done before. Pragmatic Play designed all the symbols in high resolution and some – 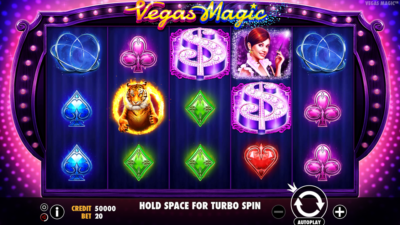 but not all of them – look great, and there are five main symbols in the game, plus four card symbols and a Wild. The best you can hope for from four medium-win symbols is a 12.5x win for five-of-a-kind, while the low-value symbols will pay 3.75x at best. Three-of-a-kind wins will almost always be less than your bet per spin. Overall this is a balanced paytable with only one symbol that stands out, and that’s the Female Magician symbol which pays 150x your bet for five-of-a-kind. Scatter is also a paying symbol and you’ll get 500x your bet if you land all five. There is also a Wild symbol, and it only appears on reels 2, 3 and 4. It must be said, it’s not clear which of the symbols are most valuable right away, and the Wild doesn’t stand out at all, so you need to learn which symbols are the best so you can immediately notice them on your reels. Theme could definitely be better.

Theoretical return to player (RTP) is 96.08%, which is definitely good enough as all of it is right here in front of you in the main game, and not hidden behind a bonus feature. Hidden behind consecutive re-spins though, and your success in this game will depend on how many consecutive re-spins you can get. Variance is medium, but for the biggest wins you’ll need to have a lot of patience. 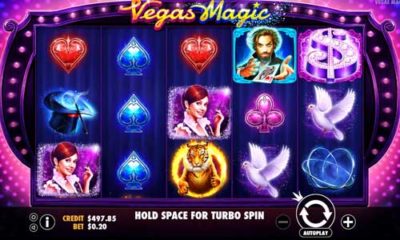 Other than the Tumble Feature which is active in the main game, there are no bonus features to speak of. The increasing multiplier during the Tumble Feature is the one and only bonus feature in this game, because the win multiplier can increase indefinitely. There are no limits, and this means you can go up to x10 or much more, if you’re lucky enough, and the new win multiplier will apply to that win you just got. This can get incredibly rewarding.

Vegas Magic is a good magician themed slot machine, and it has a great feature that doesn’t stand out at first because Pragmatic Play didn’t say you can get a x20 win multiplier but is instead unlimited, which is a much more vague term, and infinitely more rewarding. That’s the reason to play this game as things can get incredibly rewarding here with every new re-spin.

Vegas Magic is a magician themed slot by Pragmatic Play that doesn’t have a free spins game but revolves around the falling blocks re-spins game with unlimited win multipliers!

Hurray! There is a competition going between users of our site!
You have to do nothing, but browse out site, and win a daily prize. Click here to read more.
You current ranking:
Time Left: 4h 18m 10s