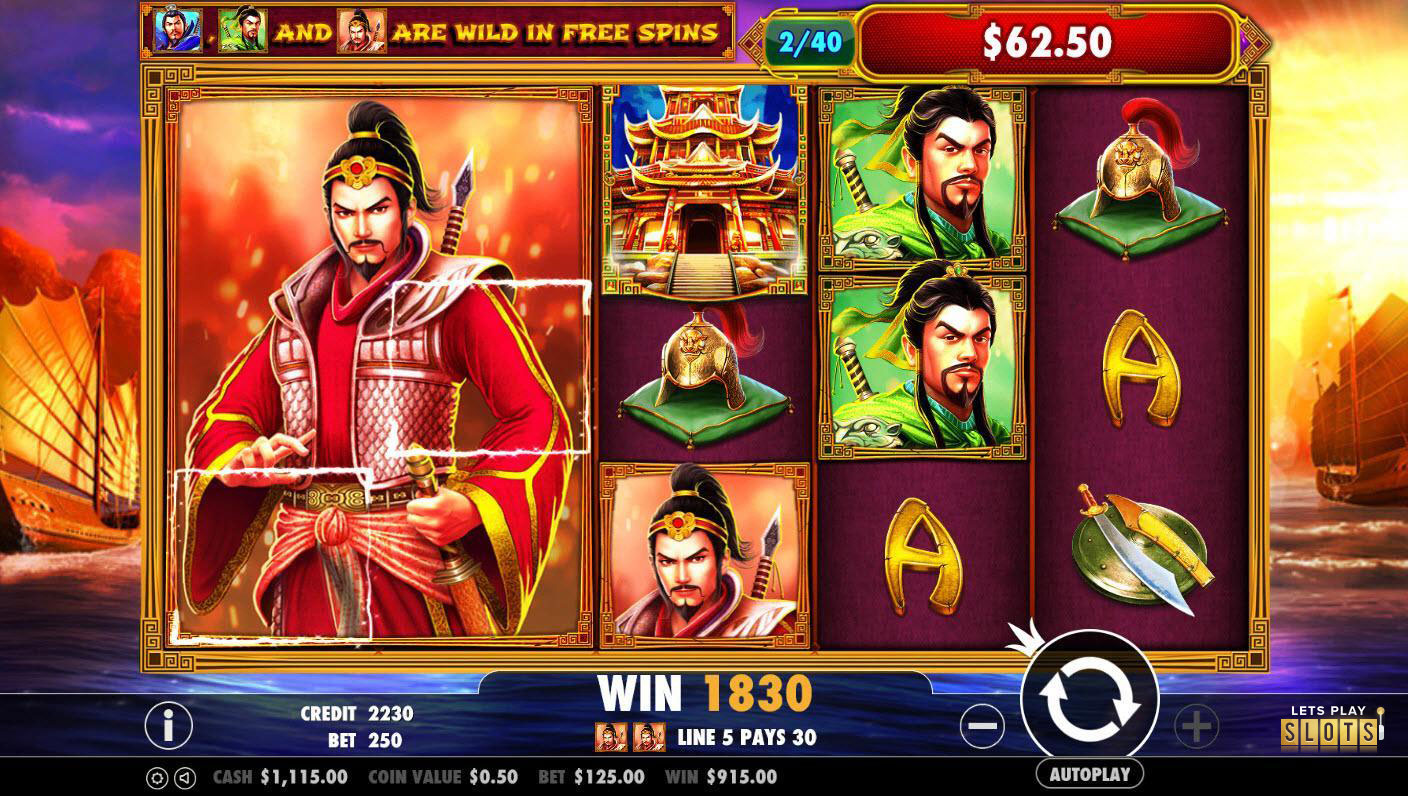 3 Kingdoms: Battle of Red Cliffs is a slot game released by Pragmatic Play in 2017 that will bring you into one of the most famous battles in Chinese history and will show you three Warlords who battle it out for the spoils of war

The game is played on a standard 5×3 board with 25 fixed paylines and a theoretical return to player (RTP) of 96.50%. While it may seem it’s just another standard slot game it is not – it has powerful bonus features that really stand out. I enjoyed both the free spins game and the Spoils of War cashback with a multiplier. Variance seems to be medium and the game is easy to play. However, the RTP is configurable by the casino and it’s even possible to play this game on a 95% RTP setting, so it’s best to check first which version are you playing. 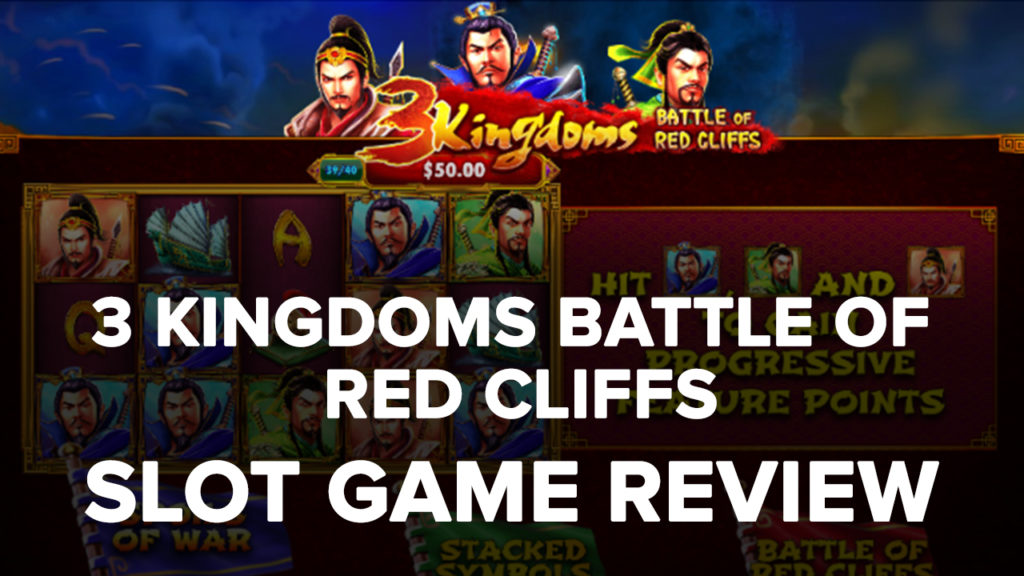 The three Warlord symbols are the main ones in the game, and they are ancient Chinese warriors  Liu Bei, Sun Quan and Cao Cao that appear on your reels as you witness one of the best-known battles in Chinese history, the Battle of Red Cliffs. Whenever those three generals clash on your board you’ll win 1 point towards the cashback. 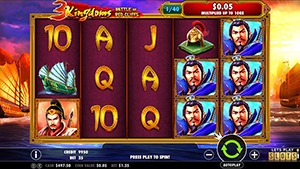 This game uses twelve symbols in the paytable, and I felt the paytable overall is a bit skinny as most of those ten symbols don’t pay much, not only the five low-value card symbols. It’s actually only the three Warlord symbols that have a significance in this game, both when it comes to gameplay and to making money, and all other symbols can be just as well ignored. Fortunately, these three Warlords are very visible on the reels, and are also a very common sight. 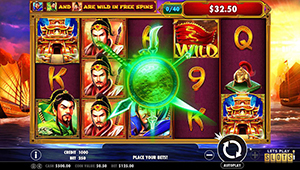 There’s a free spins bonus round with three variations, one for each Warlord. When you land three Scatters on reels 1, 3 and 5 the bonus round will be triggered and you’ll choose one of three options. Vanity is a free spins game with 20 free spins during which Red Warlord will be Wild on reels 2, 3, 4 and 5. Intrigue will give only 10 free spins but you’ll have two Wild Warlords. All out War only grants 5 free spins but all three Warlords will be Wild. Free spins game can be re-triggered with more Scatters. What’s great about being able to choose a version of the free spins game to play is that you will soon figure out which of the three pays best and can then use that one for the remainder of the session, effectively increasing the RTP of the game. Three versions are basically three variance settings, and All out War has the highest potential of issuing a huge win and also has the highest variance as there are only five free spins. 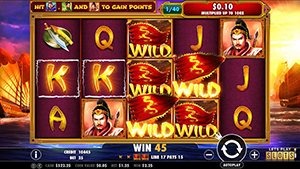 3 Kingdoms: Battle of Red Cliffs is a fun slot game that’s done well and that can deliver a huge prize with the Spoils of War feature which is guaranteed to be awarded during a playing session of a certain length, and the win multiplier can then make the win incredible. The free spins game can be very rewarding as well so I really liked this title and I think money can be made on it. Excellent game by Pragmatic Play, and it will appeal to both modern slot game players and to classic slot game fans.

3 Kingdoms: Battle of Red Cliffs is a slot game released by Pragmatic Play in 2017 that will bring you into one of the most famous battles in Chinese history and will show you three Warlords who battle it out for the spoils of war

Hurray! There is a competition going between users of our site!
You have to do nothing, but browse out site, and win a daily prize. Click here to read more.
You current ranking:
Time Left: 21h 7m 50s