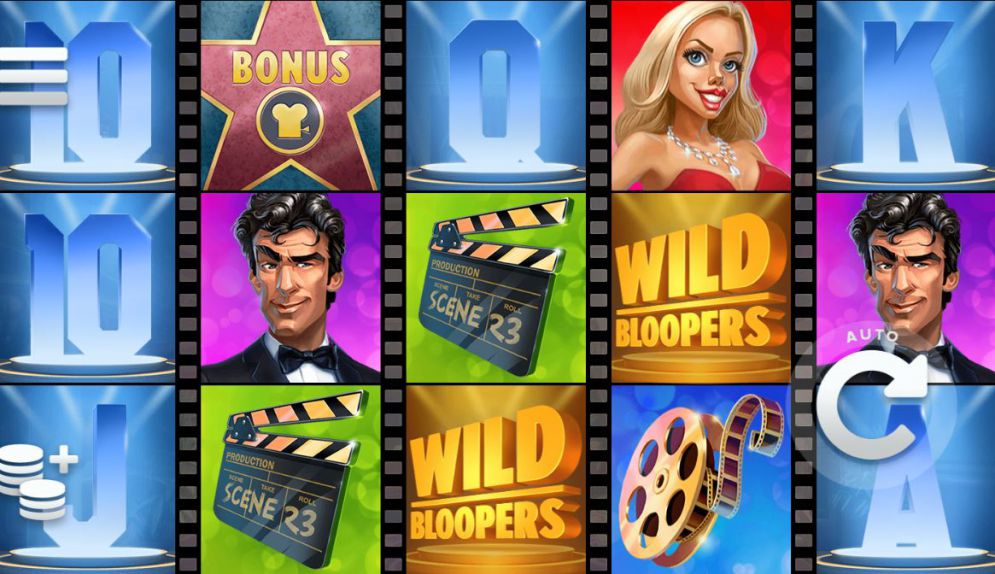 Bloppers is an incredibly fun slot game in which five little helpers will cut your reels, rearrange them or add Wilds or Expanding Wilds to them, all to help you get that big win! 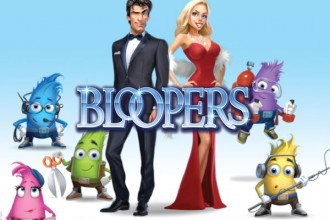 Bloopers is a 2016 release by ELK Studios and I find it to be one of the best slots by this developer, and you will undoubtedly agree after you’ve played the game. I particularly like the fun bonus game which can go on and on indefinitely, and the fact that you can win up to 180,000 coins.

The Bloopers are based on Minions, and look great, and many slots players including myself will grow more fond of Bloopers. ELK Studios never disappoint when it comes to graphics, and this is one fantastic looking slot game. You’ll have a favorite Blooper in no time, and will be on the constant lookout for him/her.

The main game is played on a 5×3 board with 243 ways to win, so you won’t miss any win as it’s enough to have symbols on adjacent reels to form a winning payline. The game is depicting an Oscar ceremony, from the perspective of Bloopers, the tiny workers that actually run all that behind the scene. There’s five of them 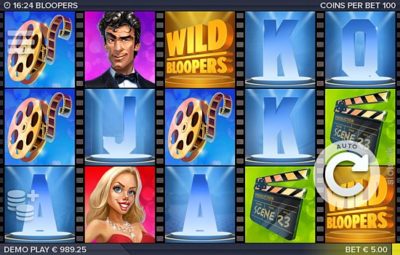 Theoretical return to player (RTP) is 96.10%, actually good enough for a slot that’s this much fun to play, and variance seems to be medium to high. Overall the game feels just right, it pays well enough and often enough, yet it hides those big wins from you until you finally reveal them. There is a potential to win big in Bloopers, and it’s the little helpers that will make that possible when they trigger the free spins game and then appear again to help you some more.

Each of the five Bloopers, that appear on reels 3 through 5, will trigger a different bonus feature. It’s hard to describe how much fun this is! Cutter Blooper will cut away all reels to the left of any Jack symbol on the board and will give a re-spin. This feature can lead to big wins. Make Up Blooper will give extra free spins whenever a Queen character lands, and Fix-It Blooper will will rearrange the symbols whenever a King appears and will keep rearranging them until a big win lands. Sound Tech Blooper will give you some more Wilds, and Stunt Man Blooper will do the same but the Wilds will be expanding ones.

More than one Blooper can appear at the same time, they basically act like Scatters, and you need to land three of them to trigger the free spins feature. It has unlimited free spins as the game ends when Sticky Wilds cover reel 2, 3 or 4 in its entirety. Every time a Male or Female Celebrity appears on those reels there’s a chance of it turning into a Sticky Wild. Of course, during the free spins feature Bloopers will appear and do their thing same as they do in the main game.

Bloopers slot provides one of the best experiences of all slot games, as these Blooper characters are so cute and they bring five incredibly well animated bonus features. There’s no other game that does it the way Bloopers slot does. This is definitely a recommended title to play. You’ll have so much fun watching Bloopers do things to your reels and bring you a lot of cash.

Bloppers is an incredibly fun slot game in which five little helpers will cut your reels, rearrange them or add Wilds or Expanding Wilds to them, all to help you get that big win!

Hurray! There is a competition going between users of our site!
You have to do nothing, but browse out site, and win a daily prize. Click here to read more.
You current ranking:
Time Left: 20h 6m 2s