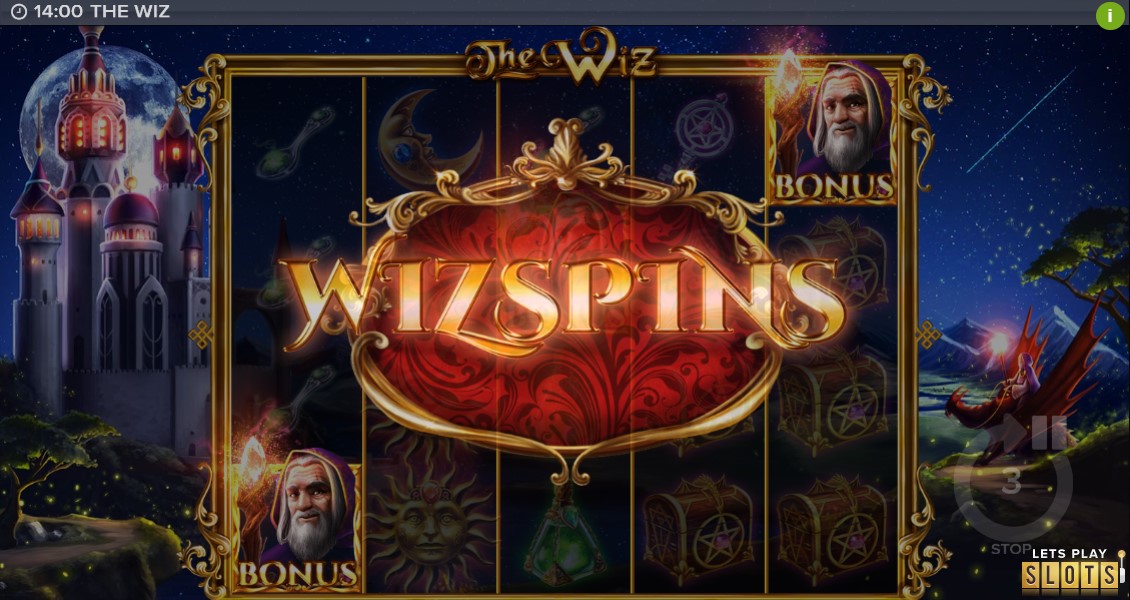 The Wizard of this game is its central character and you’ll be experiencing plenty of magic taking place when you play it. Elk Studios inserts impressive graphics into the game, with a Multiplier Wild, Bonus Symbols and 178 ways to win also being in action.

Best Casinos to Play The Wiz for Real Money : 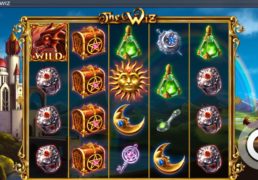 If I’m honest, I wasn’t quite sure what to expect when I saw the title of this Elk Studios slot release. The Wiz doesn’t really give much away about its theme before you load the slot up. As it stands, it’s actually short for “The Wizard”, who portrays this game’s central character. Therefore, it’s has quite a mystical and magical edge to it, taking you into another realm where everything is very fairytale-like. There’s a great soundtrack that plays in the game too, which made things a lot more entertaining for me. 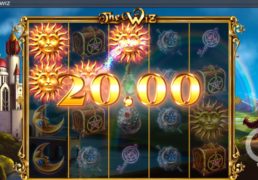 The base game of The Wiz features five reels and four rows, which are designed almost in a square shape. Across this layout, you’ll be able to win in 178 different ways. There’s also an ‘Auto Play’ function on hand as well, for you spin the reels automatically up to 100 consecutive times. Your bet can be changed between €0.20 and €100 per spin. Plus, in true Elk Studios style, there are betting strategies that you can put into use, too.

The five reels also hold various different symbols, all of which are relative to its overall theme. To begin with, the lowest paying symbols are of a key, a silver spoon, a ring and a hair ornament. You’ll then see a vial of green liquid, paying out up to €300, while the treasure chest pays out up to €400. The crescent moon icon can reward you with up to €500, while the golden sun symbol is the highest paying, rewarding you with up to €1,000.

The game also features its own wild symbol, which is present in the shape of the red dragon. This will stand in for other icons to help you form winning combinations, with the exception of the bonus symbol. It’s also got the added perk of featuring a multiplier of up to times 5, so if this does help to form a winning combination, it will multiply the pay-out for it as well. 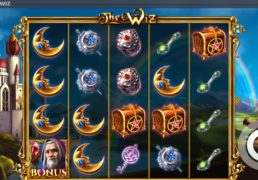 The wizard icon is my personal favourite in this slot, as it acts as the slot’s bonus symbol. Whenever two or more bonus symbols show up anywhere on the reels, you’ll be given the Wiz Spins round as a reward. There are up to 10 freespins available for you to win, depending upon how many scattered bonus symbols are in view.

In the Wiz Spins round, all of the low value symbols are swapped out for their respective higher paying additions. Furthermore, if the wild dragon icon comes into view during freespins, it will become a Walking Multiplier Wild. This sees it go one reel to the left on every subsequent spin until it reaches the end.

I’m all for the excitement and thrills that this Elk Studios slot brings to the table. There are some amazing graphics in the slot as well, which all help to bring the theme to life. When you tie in the bonus features of The Wiz and the overall gameplay, it stands out as being one of the best from this developer for me.

The Wizard of this game is its central character and you’ll be experiencing plenty of magic taking place when you play it. Elk Studios inserts impressive graphics into the game, with a Multiplier Wild, Bonus Symbols and 178 ways to win also being in action.

Hurray! There is a competition going between users of our site!
You have to do nothing, but browse out site, and win a daily prize. Click here to read more.
You current ranking:
Time Left: 3h 23m 41s