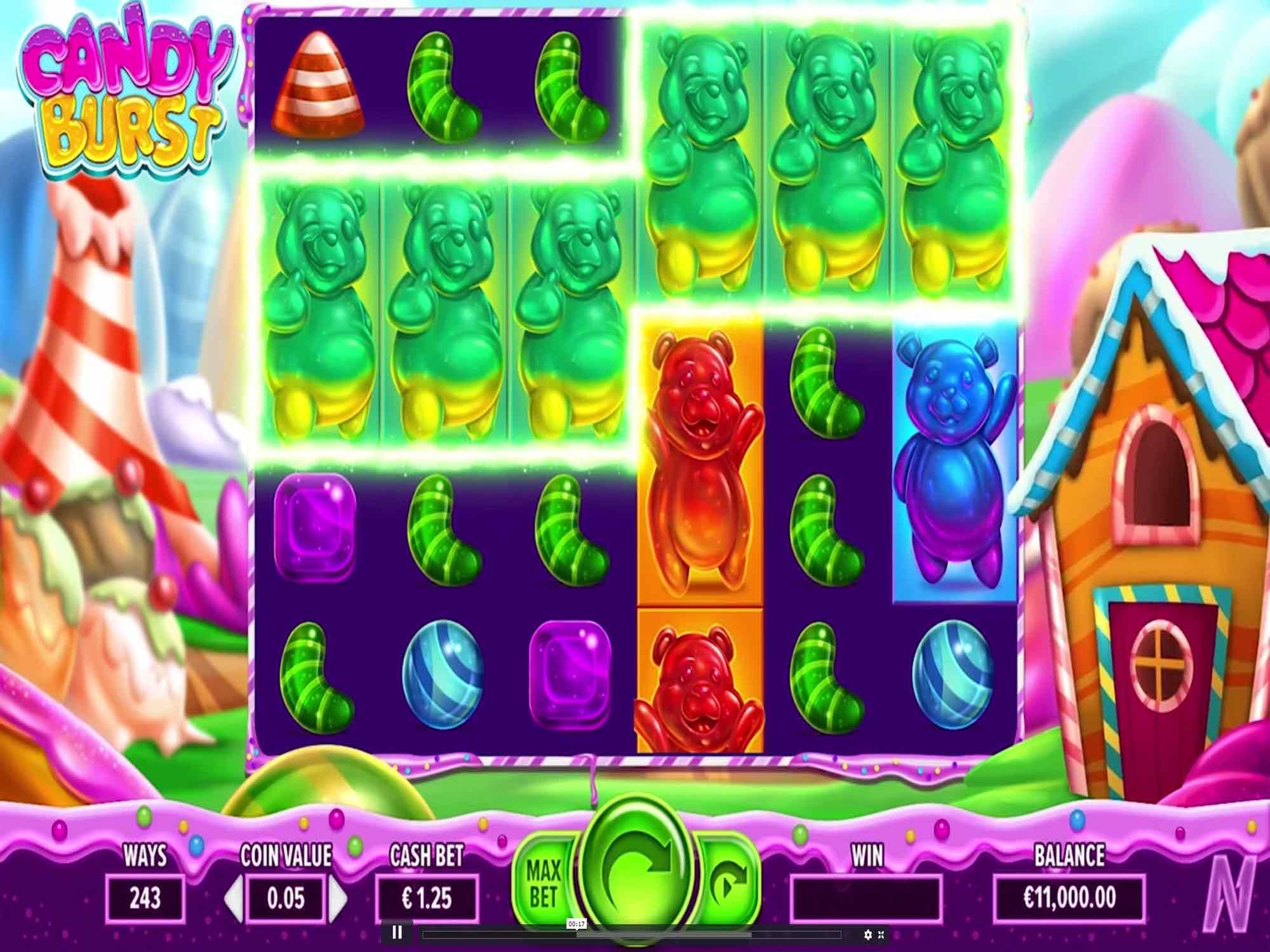 The Candy Burst game is a 6×5 video slot, which has 243 ways for you to win. All symbols come in the form of different candies and you form wins by matching nine or more of the same symbol in a cluster. It features free spins and wilds within gameplay, too.

A quick glimpse at the title of this NetGaming slot, and you may believe it to be just another one of those candy-themed online slots. Well, while you’re partially right in the fact that it is based on candy, you’d be wrong in passing it off as just another slot release with nothing unique. You see, Candy Burst is a game that has one or two features that make it stand out amongst the masses. I was quite intrigued by it from the graphics on display when I loaded it up, and once I started spinning the reels, I wasn’t disappointed. 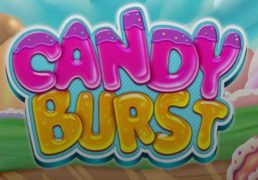 The paytable is made up entirely of symbols that are crafted in the shape of…well, candy. Then again, that was only to be expected from a game with the title of Candy Burst. These are present in different shapes and sizes, providing a colourful set of symbols to the six reels of the game. While in standard slot games, you form wins by linking three or more of the same symbol together on a pay line, things work slightly differently in Candy Burst. You simply need to unite clusters of nine or more of the same symbol to earn a win.

How is this possible, you may ask? Well, the game does have a layout consisting of six reels and five rows first of all. And co-operating with this is a set of 243 different ways for you to win. Once you place a bet, you can spin the reels and watch as the clusters of symbols come into view and reward you with a pay-out in relation to their symbol status. The base game really is quite exciting within itself, and there’s even an autoplay function that you can use as an alternative, too. 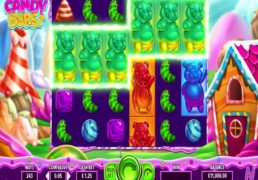 Candy Burst only has a couple of special features, but I found them to enhance the game quite nicely. The first of these features is its free spins round. You’re able to activate this by the appearance of six or more scattered Free Spins candy symbols. These are represented by the red and white-striped piece of candy. Free spins are always great to find in online slots, and Candy Burst is no exception in this theory, either. They definitely provide an extra edge to the game, in my opinion.

While the free spins round is in play, you may also find the Wild Spawn feature become prevalent. This sees golden-wrapped candies come into view on the reels, and as wilds, they will substitute for all other standard symbols on the reels, making it easier for you to create wins in the process. I’ll always appreciate an online slot that incorporates a wild symbol into its reels!

Despite the fact that Candy Burst has a slightly lower than average RTP rate of 95.96%, I’d say that I found it to be quite a well-rewarding slot game. This is especially true if you manage to bring the free spins round into play and get to benefit from those aforementioned wild symbols, too. The fact that you form wins by clustering symbols together over 243 ways to win makes this much more thrilling, and to me, it felt like Candy Burst was providing pay-outs on a frequent basis.

There’s something compelling about playing the Candy Burst slot that isn’t present in many other candy-themed games. Whether it’s the intriguing graphics or the fact that it’s a cluster wins game is anybody’s guess. However, I’d say that everything links up together very nicely on the reels of the game to ensure anyone accessing it has a fun time. It’s got a medium to high variance and while the 95.96% RTP rate may seem slightly low, I had nothing but good times spinning the reels of the game. My favourite feature is the free spins round, of course, but you’ll also find the introduction of the wild symbols to be something special, too. On the whole, I’d recommend this online slot to any avid gamer.

The Candy Burst game is a 6×5 video slot, which has 243 ways for you to win. All symbols come in the form of different candies and you form wins by matching nine or more of the same symbol in a cluster. It features free spins and wilds within gameplay, too.

Hurray! There is a competition going between users of our site!
You have to do nothing, but browse out site, and win a daily prize. Click here to read more.
You current ranking:
Time Left: 11h 31m 40s
Gambling is for 18+ though some countries may have other restrictions...Remember you should always Gamble Responsibly
We use cookies to ensure that we give you the best experience on our website. If you continue to use this site you agree to allow us to use cookies, in accordance with our Terms & Conditions.Agree & Close