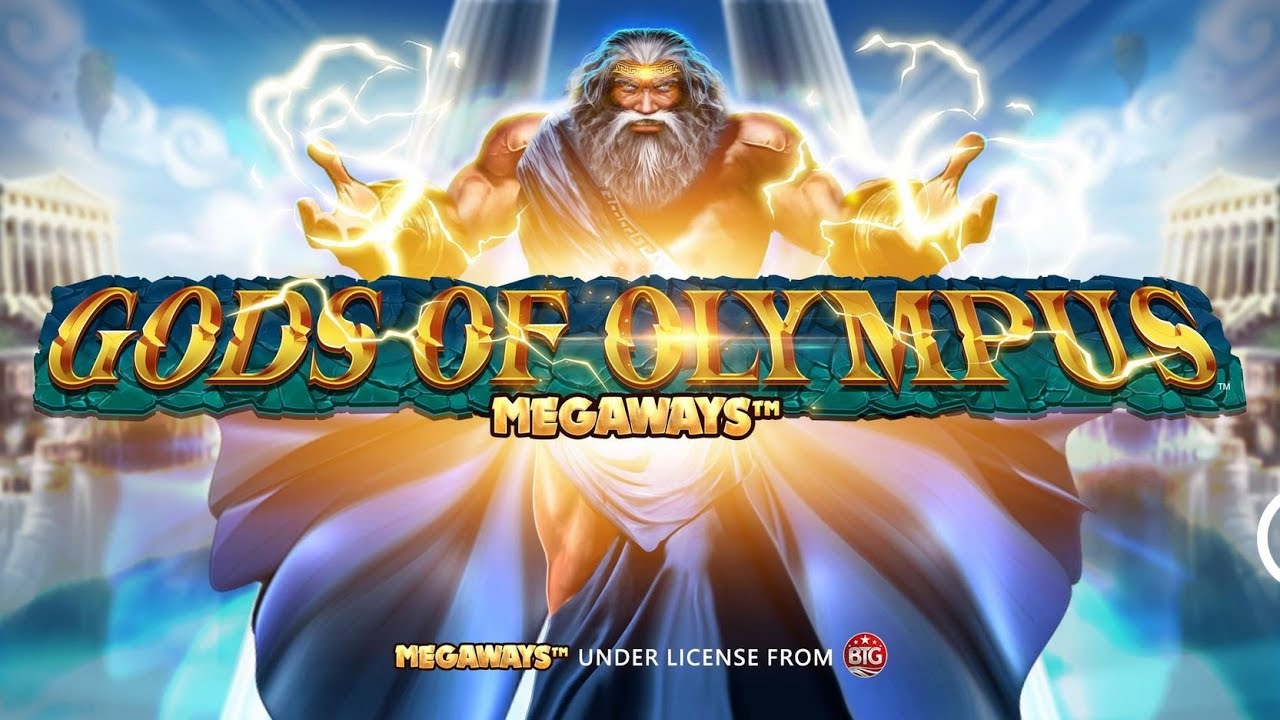 Gods of Olympus Megaways is a spectacular and entertaining slot game by Blueprint Gaming that has four different free spins versions, as well an option to buy a Bonus Bet and therefore trigger a feature immediately. This is a high variance game that can pay big prizes and it can have up to 15,625 Megaways.

Quality graphics and a large six-reel board are the first things you notice when you launch  Gods of Olympus Megaways slot. On each reel there can be between two and five symbols as this is a Megaways game, and the number of Megaways will depend on how many symbols you get. The minimum bet per spin is €0.10 while the maximum is €10, but there are also two Bonus Bets that can be bought for 50x and 100x your selected bet size. 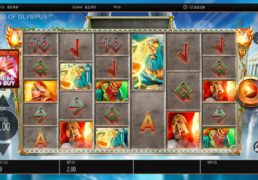 Since this is a Megaways game, each spin will be different from the previous as the symbols on the reels align to form a certain structure. The number of symbols on the board will determine how many paylines – or Megaways – you get for that spin. The more, the better, as you get more chances to win.

The best prize in the paytable is 25x your total bet, for landing six Zeus symbols. The rest of the paytable is between 0.50x and 5x for six-of-a-kind, but most of the time you’ll be getting smaller wins but multiplied by numerous Megaways. This is a high variance game but we’ve found the win frequency and quality to be perfectly balanced.

This is a game that has many features, but the basic one wasn’t omitted. Scatters trigger free spins, and you need at least three, in which case you’ll get 10 free spins. For four or five you’ll get 12 and 15 free spins respectively. The player will click one of four artifacts to reveal one of the four free spins versions.

Wild Storm Free Spins puts Thunderbolt overlays on reels 1 and 6, and these turn symbols on other reels into Wild. Rise of Olympus Free Spins have an unlimited win multiplier that increases by x1 every time a Wild lands on the middle four reels. Colossal Free Spins have two roaming Wilds. Almighty Wild Free Spins begin with x2 and x3 Wild multipliers active. 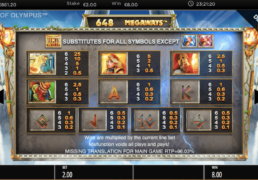 Theoretical return to player (RTP) of  Gods of Olympus Megaways is 96.03% but the player can increase this by buying Bonus Bets as the Zeus Power Spin that costs 50x has RTP of 96.65%, and Bonus Thunder that costs 100x has RTP of 96.91%. In all cases, this is a high variance game so it isn’t as simple as picking the Bonus Thunder version – you’d need a huge amount of money for this option to be viable.

Gods of Olympus Megaways is an incredible game that takes the common theme and the common game into something spectacular. The four free spins versions are very fun to play, and so is the occasional purchase of the Bonus Bet. In any case, Gods of Olympus Megaways will keep you entertained for hours, and this slot game can pay high prizes too. It’s definitely reccomended to find a Blueprint Gaming online casino and play this game for real money.

Gods of Olympus Megaways is a spectacular and entertaining slot game by Blueprint Gaming that has four different free spins versions, as well an option to buy a Bonus Bet and therefore trigger a feature immediately. This is a high variance game that can pay big prizes and it can have up to 15,625 Megaways.

Hurray! There is a competition going between users of our site!
You have to do nothing, but browse out site, and win a daily prize. Click here to read more.
You current ranking:
Time Left: 22h 12m 29s